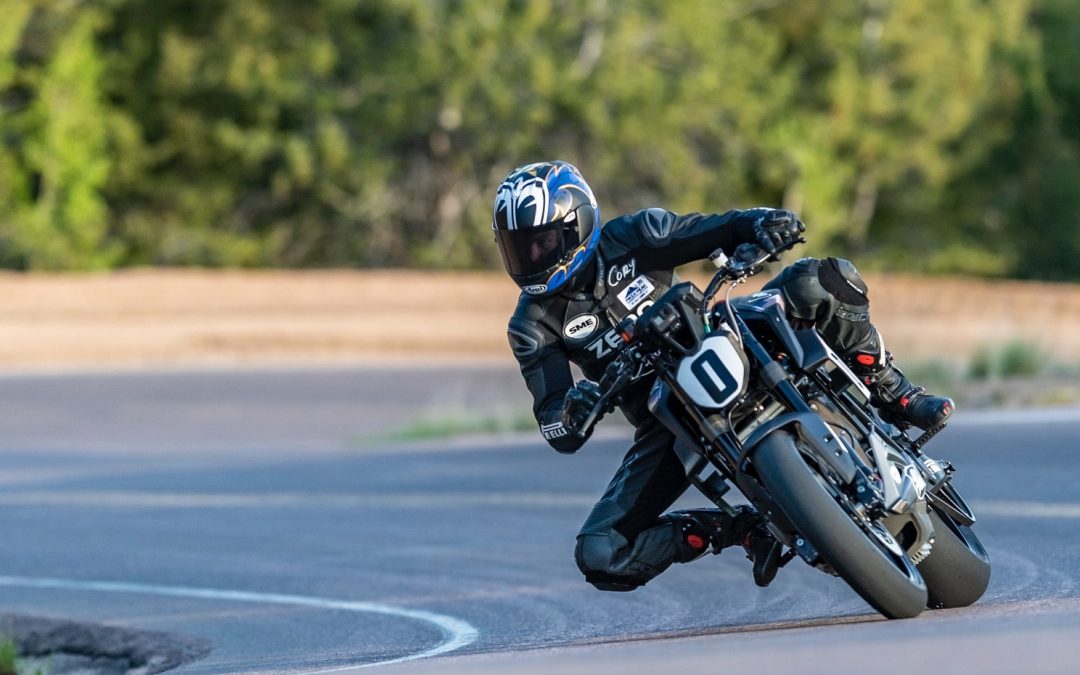 Zero Motorcycles, the brand that defined the category of electric motorcycles, introduced their most innovative and powerful motorcycle yet with the launch of SR/F earlier this year. Now, Zero’s internal engineering team, in collaboration with multiple partners, has transformed its new streetfighter into a full-blown racer, which AMA-professional racer Cory West will put to the test at the 2019 Pikes Peak International Hill Climb on June 30.

“The racing effort for Pikes Pike at Zero is entirely run with internal engineering staff, who mostly commit their lunches, nights, and weekends to the cause,” said Brian Wismann, VP of Product Development at Zero Motorcycles. “No dedicated team members or factory-level budgets here. The bike was built with the support of key suppliers to the Zero production line, plus some clever designs from an engineering team let loose to experiment.”

With 110 horsepower and 190Nm of torque, Zero’s production SR/F already boasts impressive performance stats that challenge competitors representing the biggest names in the industry. Through the company’s “Blue Sky” programme, which encourages Zero engineers to explore their creativity and reach for new heights, the SR/F has become an even more formidable contender, thanks in large part to the help of existing brand partners including Gates carbon drive, Showa, Pirelli tyres, Dymag, SME Group and Hotbodies Racing.

In lieu of the chain kit typically used for race bikes, Zero engineers opted to stick with the same Gates Carbon Drive belt found on the production model. Their hope is that the smooth delivery of torque from the concentric pivot and constant tension belt will give the SR/F an advantage when pitted against gas bikes, which need to shift and respond to power pulses and surges from internal combustion engines.

Additional adaptations to the SR/F from Zero’s engineering team include two handlebar-mounted brake levers, which allow for better rear brake modulation while banking deeply into right hand turns – only possible through the clutch-less design of Zero’s direct drive electric motor. Custom rearsets were also designed to accommodate the bike’s unique swingarm pivot, which is concentric with the motor output shaft.

Bringing together the overall concept is designer Tom Zipprian’s custom bodywork, which was 3D printed in-house specifically for Pikes Peak and reinforced with carbon fibre. Large number plates are required per race regulations, and this serves to stylishly accommodate those as well as provide useful data on testing the potential aerodynamic benefits of similar elements that generate downforce.

ALL NEW ALL ZERO