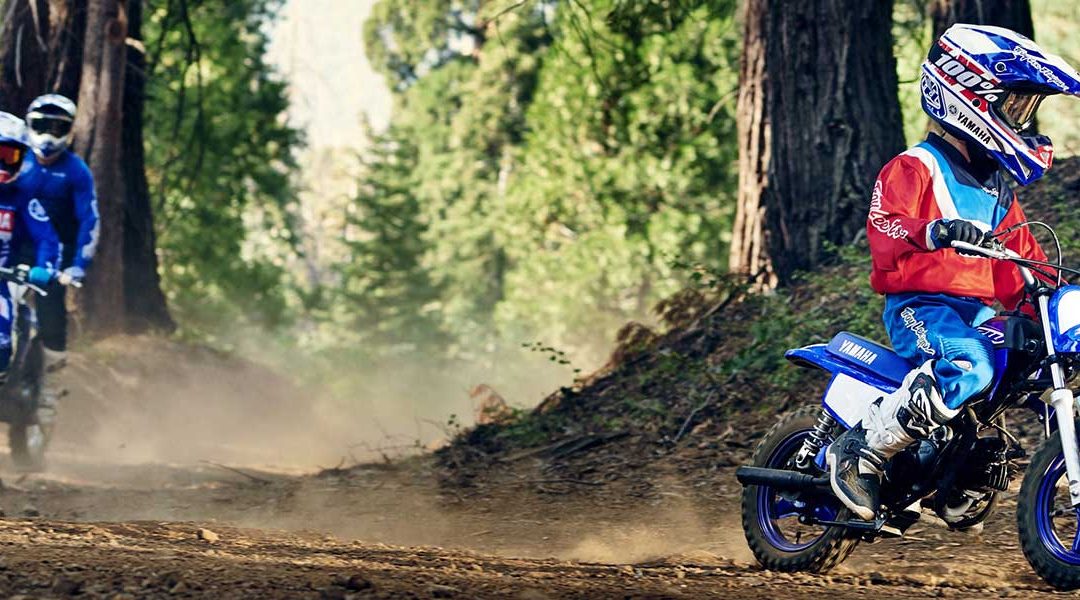 To celebrate the launch of Yamaha Motor UK’s new racing channels on social media, @YamahaRacing, we’re giving away a 2019 PW50 to one lucky winner!

The PW50 is arguably the most iconic mini-bike in modern motorcycling, with  many riders starting out on the 50cc two-stroke including some of the world’s top racers such as Valentino Rossi.

With the its rider-friendly design it’s easy to see why PW50 is a firm favourite with kids and parents. Safety features include an adjustable throttle which allows parents to limit top speed to suit the rider’s skill level – and the enclosed shaft drive reduces maintenance chores. And there’s no gear shifting to worry about, its zippy 50cc 2-stroke engine drives through a fully-automatic gearbox for simple ‘twist-and-go’ performance.