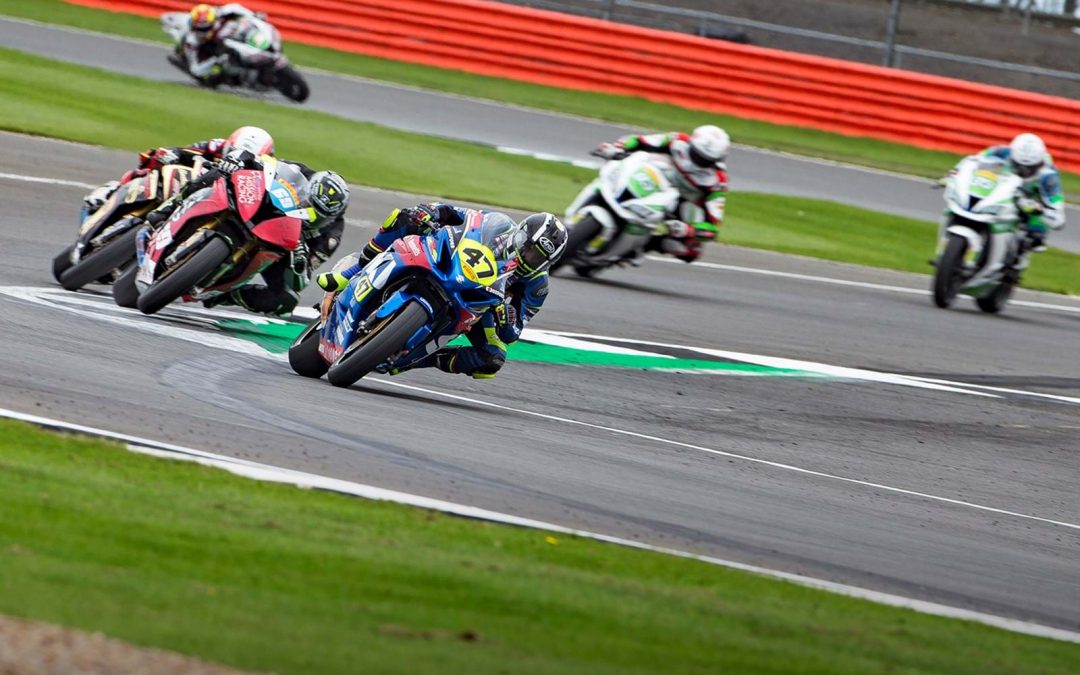 Richard Cooper closed in on the lead of the National Superstock 1000 Championship, taking victory in yesterday’s race at Silverstone onboard his Bennetts Suzuki GSX-R1000, as Sylvain Guintoli put-in his best result of season with fourth in the opening BSB race of the day.

Cooper qualified on pole for today’s race, but given the competitive nature of the class and the close racing the Silverstone circuit creates, he knew it would be difficult to break away from the chasing pack. Instead, the Nottinghamshire rider used his experience to manage his position and the front and secure another win for him, the Bennetts Suzuki team, and the new GSX-R1000.

He said, “It went to plan really. With such little dry track time – maybe only seven or eight laps all weekend – our setup probably wasn’t perfect, but I felt I had an answer every time I was passed.

“Obviously I would have liked to have pulled away, but I always knew it was going to be a fight. In terms of the championship, we’re now 15 points behind, three races to, so it’s all to play for.” 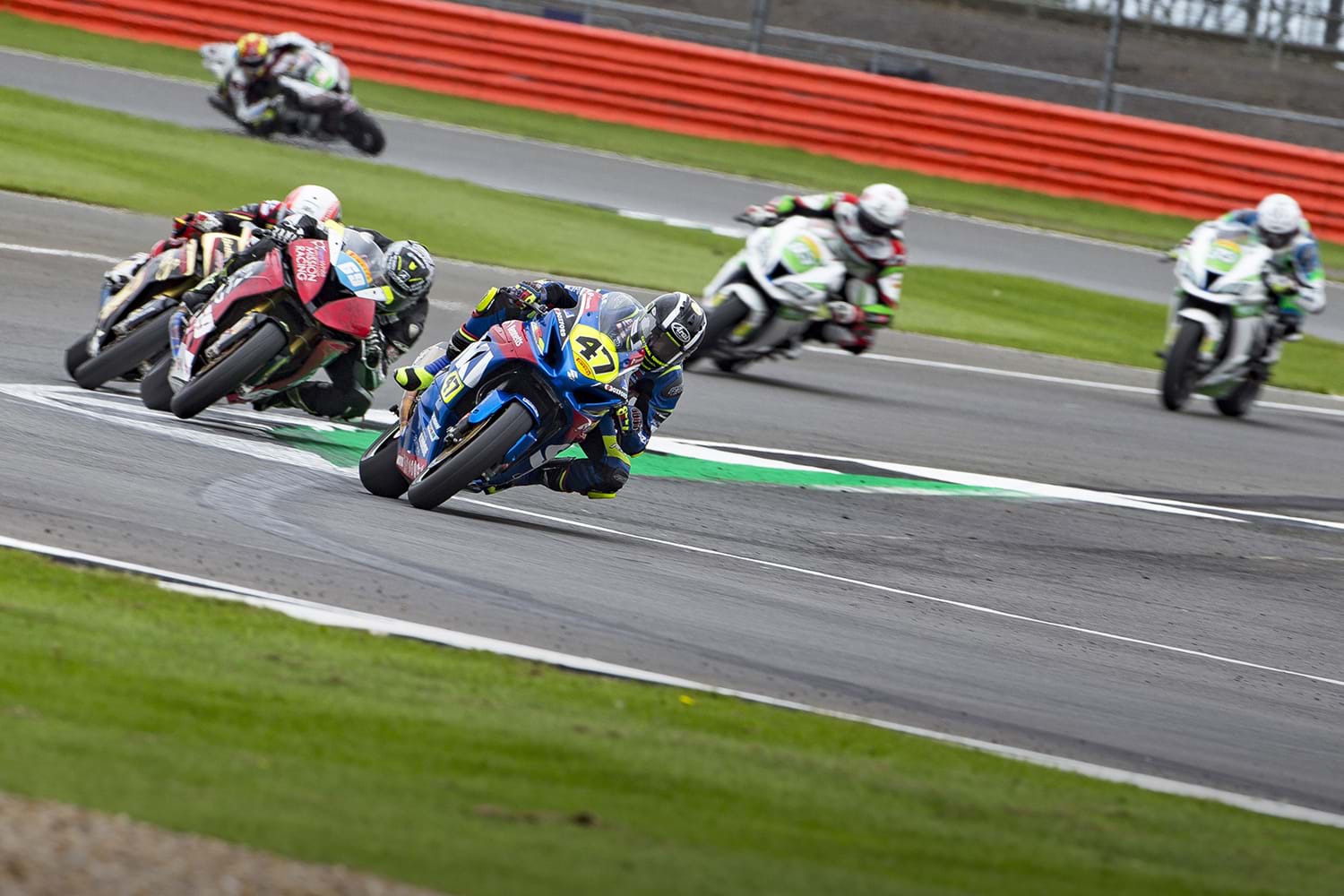 Sylvain Guintoli took a season-best result of fourth in Sunday’s opening MCE British Superbike race at, after leading the opening stages onboard his GSX-R1000.

The Frenchman started the second of three races that made up this weekend’s triple-header from the front row, before taking the lead to control the race from the front until the halfway stage.

He dropped to fourth place, before the race was red-flagged under safety car conditions for two separate incidents. However, it still gave Guintoli and the team their best result of the season as they continue to develop the new GSX-R1000 in Superbike trim. Unfortunately he crashed out of race three that was eventually red-flagged due to the conditions.

He commented afterwards, “It was good to lead for a few laps and fight at the front. Everyone has worked hard and we showed that we can race at the front when things are working for us. I’m happy to get our best result of the season and fourth is a strong finish. In the wet in race three we struggled. We hadn’t had a good feeling in the wet all weekend really, but also a lot of others struggled, too. Hopefully we can push on from here and have a strong end to the season and be at the front again.” 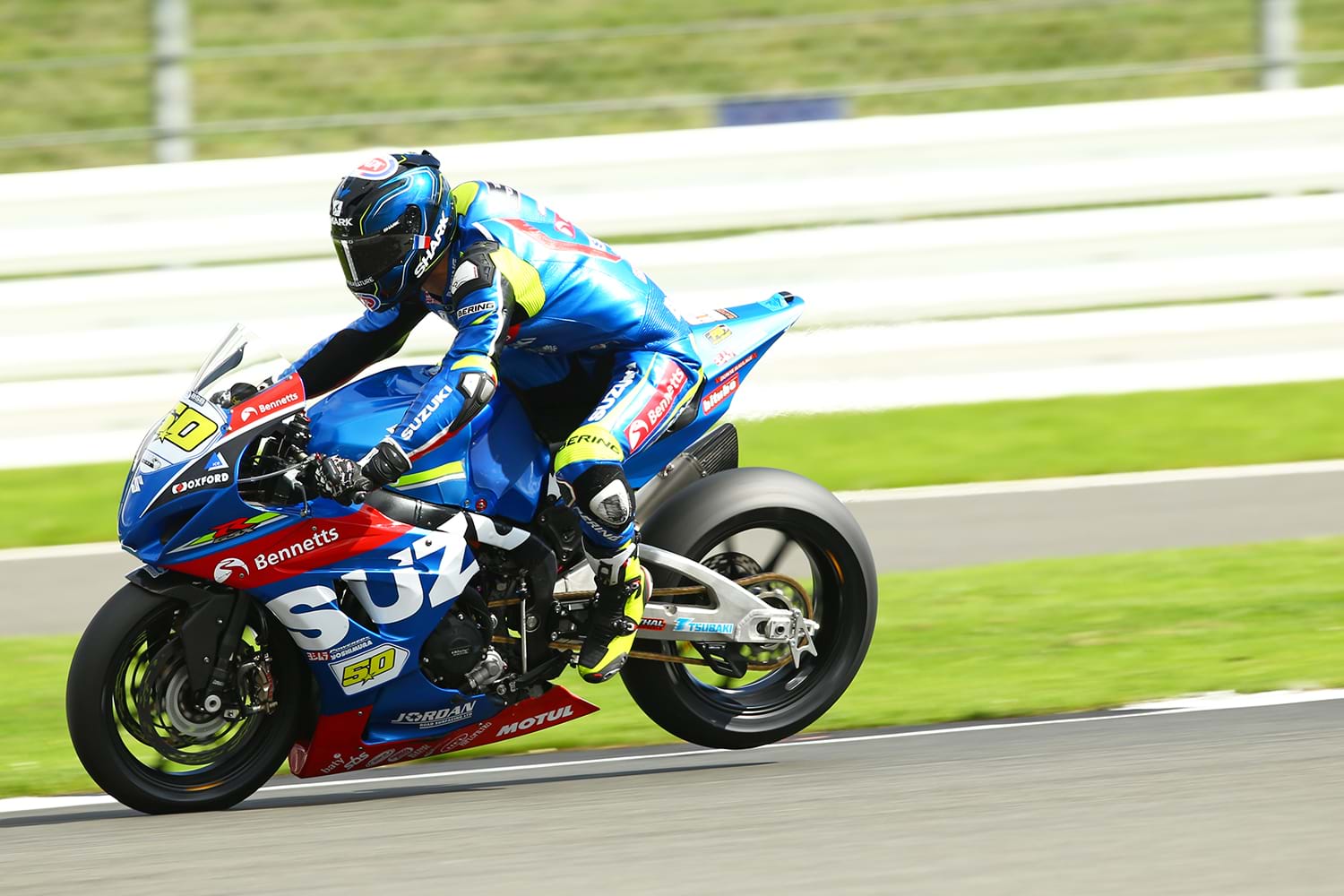 After finishing seventh in yesterday’s race, Taylor Mackenzie went into today’s action looking to build on that performance, and was confident of pushing on for top-five finishes. Sadly for the youngster, he suffered a nasty crash on the opening lap of race two, as he looked to make a pass into the Maggots and Beckets section of the circuit, resulting in a broken foot.

Taylor Mackenzie said, “It was a fairly big one today. I was trying to make a pass and just ran out of room on the inside. I got on the back brake and it ended with a highside to the moon and a broken foot. It’s a shame because yesterday was good and I thought we could build on it today. I’m going to try and be back for Oulton, but we will see how the recovery goes.”