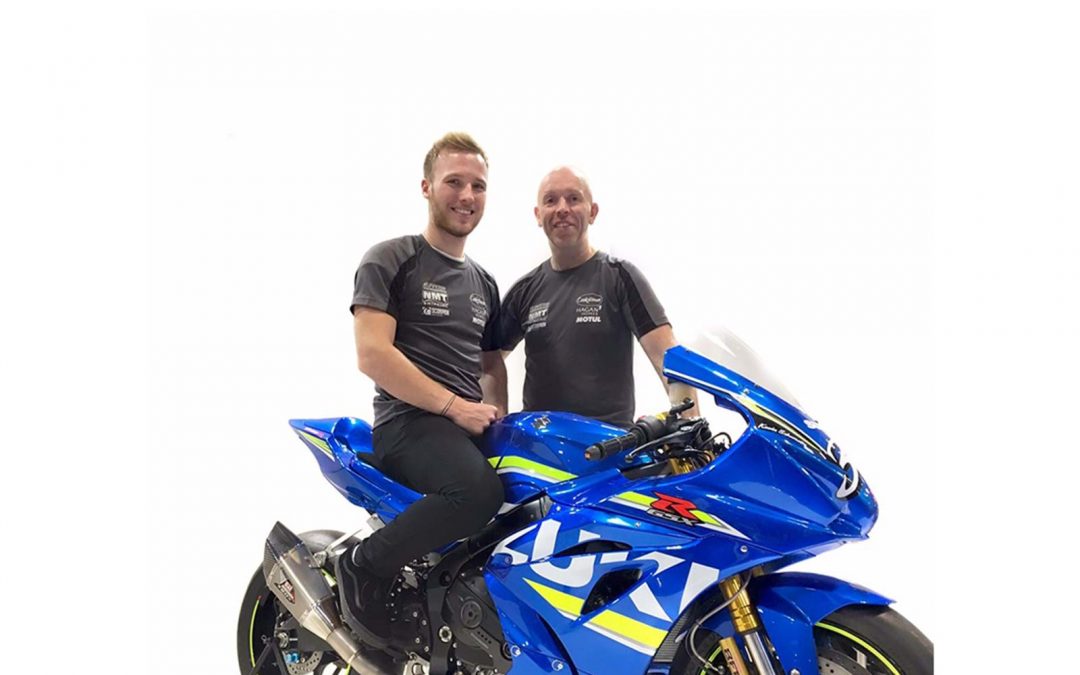 Cookstown Burrows Engineering Racing will mount a two-pronged attack in 2018, with Dubliner Derek Sheils riding for the team for a third successive season, joined by rising star Davey Todd.

Todd burst onto the road racing scene last year with top five results at Skerries before going to Armoy and shocking the establishment with a second place in one of the Supersport races.

The Tyrone-based team have Suzuki support for 2018, with Sheils and Todd riding the new GSX-R1000 machines in the Superbike and Superstock classes at all Irish National meetings, while on the International scene they will return to the North West 200, Isle of Man TT, and Ulster Grand Prix.

Team owner, John Burrows, announced the lineup, saying, “I’m delighted to have Derek Sheils riding for us again. Unfortunately, we won’t have his services at the International meetings, but he will be with us for the Irish national series and we are both fully committed to retaining the number one plate for the front of the Cookstown Burrows Engineering Suzuki GSX-R1000, on which he has had so many successes over the past two years.

“Davey Todd first caught my eye at Skerries and then his talent stood out a mile at Armoy. He rode for us at Killalane where a slow speed crash ruled him out of a top three Superbike finish and the weather robbed him of the chance to shine in the Supertwins race after impressive practice times, but he has done more than enough to make me want him to join the team for 2018.”

This website uses cookies to improve your experience while you navigate through the website. Out of these, the cookies that are categorized as necessary are stored on your browser as they are essential for the working of basic functionalities of the website. We also use third-party cookies that help us analyze and understand how you use this website. These cookies will be stored in your browser only with your consent. You also have the option to opt-out of these cookies. But opting out of some of these cookies may affect your browsing experience.
Necessary Always Enabled

Any cookies that may not be particularly necessary for the website to function and is used specifically to collect user personal data via analytics, ads, other embedded contents are termed as non-necessary cookies. It is mandatory to procure user consent prior to running these cookies on your website.