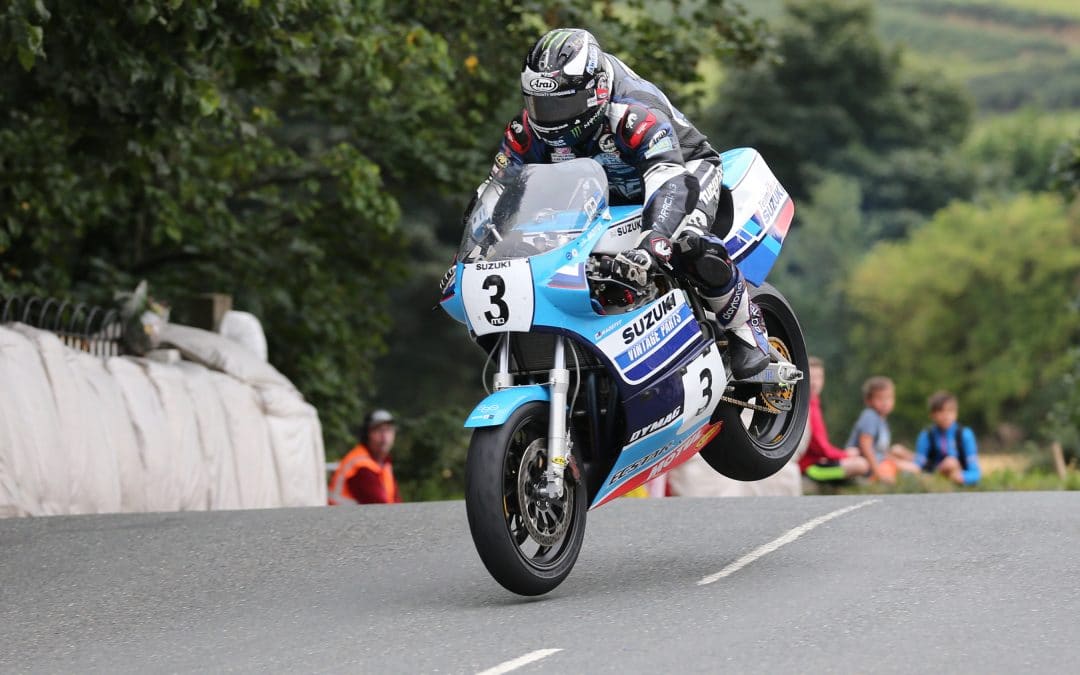 With Team Classic Suzuki’s popular Vintage Parts Programme sponsoring this year’s Endurance Legends event at Donington Park, we took a closer look at it’s success. Let’s find out but how it’s a passion, not a job for the people involved.

Team Classic Suzuki might be entering its trick Katana at Donington Park, but behind the team and its bike building is Suzuki’s Vintage Parts Programme. The programme has always had a loose involvement with the team. But later it became a primary sponsor and partner for the 2016 season. That year, Michael Dunlop won the Classic TT superbike race on a Team Classic Suzuki XR69 replica. The team’s Katana, too, is built for racing. Wherein it uses a number of performance parts. But it still relies on Suzuki’s Vintage Parts Programme, and uses a number of standard components. Among them Team using the crankshaft, conrods, main and big-end bearings, all of which are still available, new, from Suzuki.

The programme was launched at Motorcycle Live in 2013, with the iconic RGV250K/L and cult GT750 ‘Kettle’. Since its inception, the list of featured bikes has grown, with the inclusion of the GSX-R750F – one of which was restored by Suzuki in 2015 to celebrate its 30th anniversary, using brand new parts which are still available from the Japanese brand – the GS1000, GT250 X7, and AP50. The programme also expanded with a ‘classic’ section, which focuses on 1990s’ bikes, and currently features the GSX-R1100K/L and the TL1000S. In fact, Suzuki built a brand new TL1000S at the 2014 Motorcycle Live show – it’s first live build at the show – to further highlight its commitment to older bikes, but also just how many parts are still available from new.

“The programme has undoubtedly been a success,” Tim Davies, Suzuki GB aftersales coordinator explains. “The amount of motorcyclists buying or restoring older machines – maybe bikes they lusted after or owned in their youth – has been on the increase for some time. We saw this but we also saw that these owners were taking to forums or other websites to buy secondhand parts, and as perceived availability dwindled, prices of those parts increased.

“Team launched the programme to highlight just how many new, genuine parts for older Suzukis were still available, and competitively priced. We wanted to help owners restoring bikes do it properly. So we’ve taken new photographs of every part on the programme, created parts lists, and made workshop manuals available to download to help owners carry out work.” 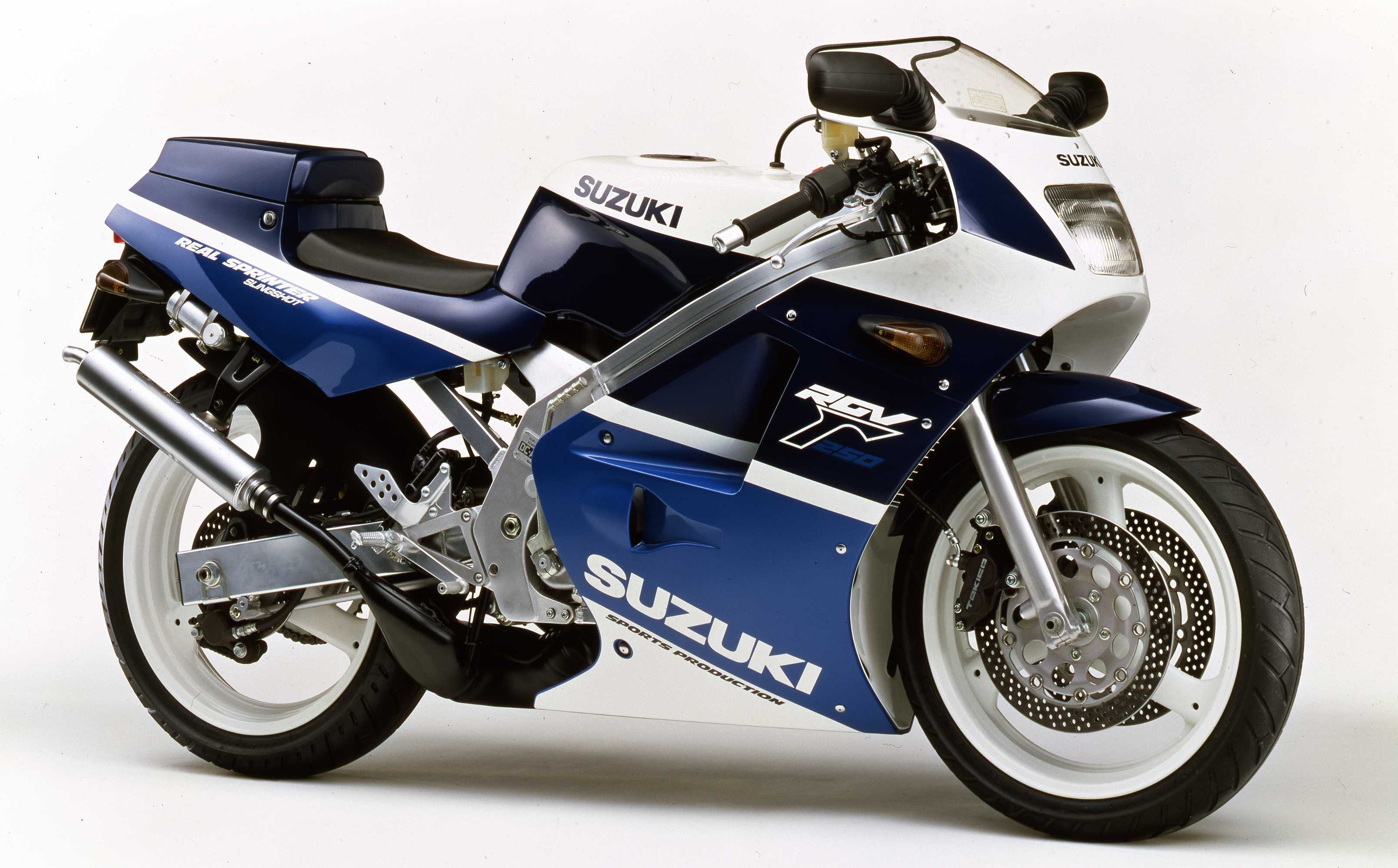 The programme has gone from strength to strength, as more and more restorers discover it. First of all they realise the parts support Suzuki offers owners of older machines. And as it’s grown, and Suzuki have been added more models, it allowed to re-invest money into the programme. Also Suzuki deliver some pretty special moments along the way.

“The programme is growing, no question,” Tim continues. “Over 10,000 parts are available through it, and we now have nine specialist dealers, who have a real focus on classic parts supply. But we genuinely share the same passion as owners, and I think people are really starting to realise that. We do this because we love it, too. I own a RGV250P and I’ve just picked up a GSX-R750WN, both of which are ongoing projects, while Paul de Lusignan, who is the general manager, has done a nut and bolt restoration on a DR Big and is currently working on a GT550. Many other members of staff also have a variety of classics from Street Magics to RG500MK8s.

“But the success of the Vintage Parts Programme has also allowed us to do some really cool things off the back of it, that we, as passionate motorcyclists, want to see.

“We’ve invested in Team Classic Suzuki, joining them out at the Classic TT, and now built the special Katana we are racing in the Endurance Legends race. We’ve built a brand new TL1000S from parts, and that was a lot of fun. Probably one of the most popular things we did was restore an original GSX-R750F for the 30th anniversary in 2015.

“We also have our Team Classic Suzuki Sunday events at the Super Sausage cafe near Towcester, which we’re looking at extending into a full weekend event this year, and we’ve had over 1,000 bikes turn up to that before. We’ve also had our Suzuki village at the Stafford show, and also sponsored the Sheene festival at Oliver’s Mount. In fact, one of the best things the Vintage Parts Programme’s success has allowed us to do is bring over Sheene’s 1976 and 1977 world championship-winning bikes and display them in the UK at shows and events last year, and we are now returning his ‘76 bike to working order, which will be really special.” 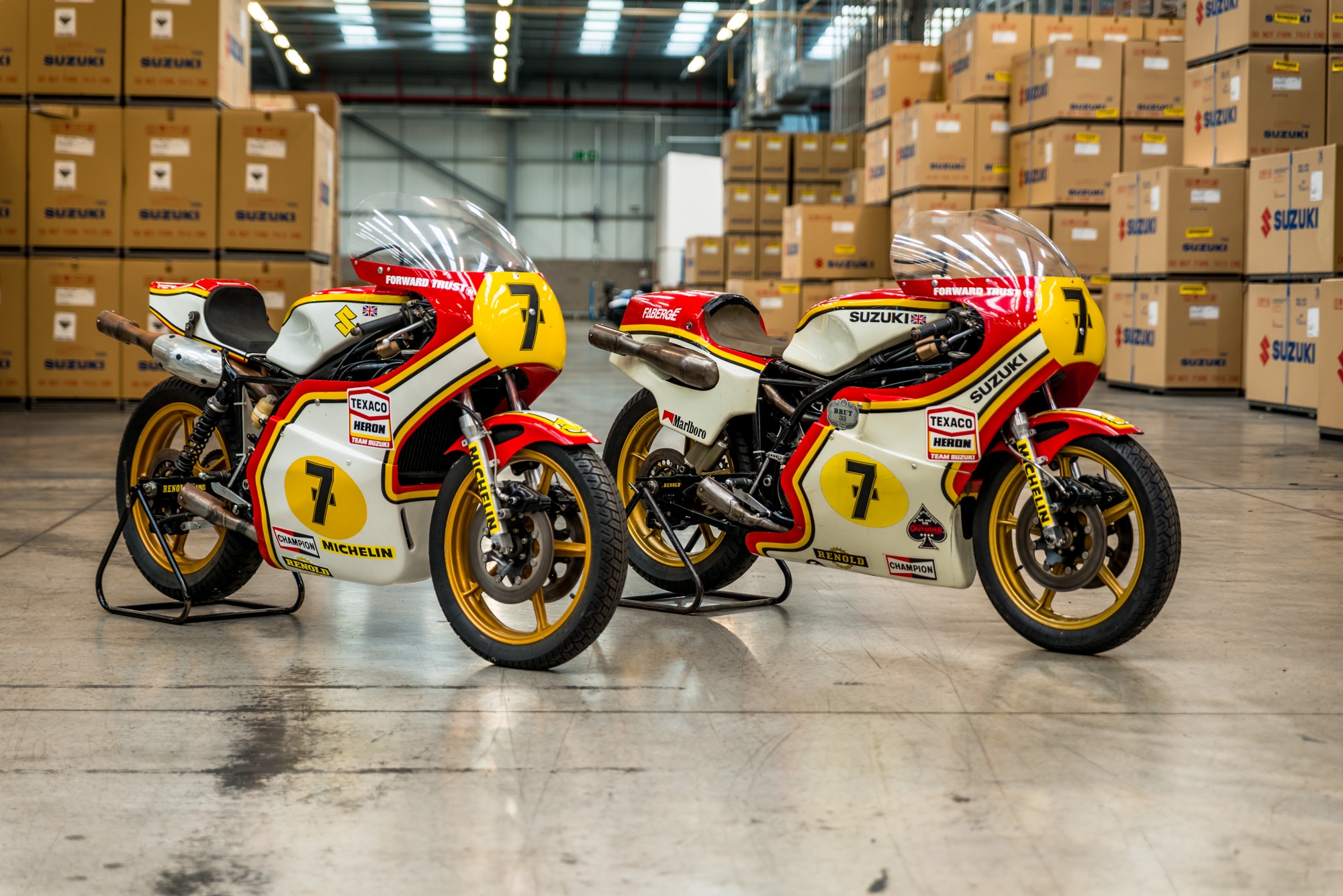 Team would have to add plenty of bikes like older version of Suzuki GSX S125 MotoGP to the Vintage Parts Programme. But Tim is keen to point out that that doesn’t mean parts for those bikes are not available.

“It’s a time-consuming and lengthy process, getting every part indexed and photographed and a bike set up on the programme. But if you have a Suzuki that’s not on there, it doesn’t mean parts are not available. The best thing to do is create a wish-list and take it to your local Suzuki dealership, who can check our stock, or also stock available in Europe. We had a customer after a cylinder and lower fairing for an RG500, and we had them sat, brand new, in our UK warehouse. If there’s something you need, just ask us about it. You may be surprised what’s still available.”