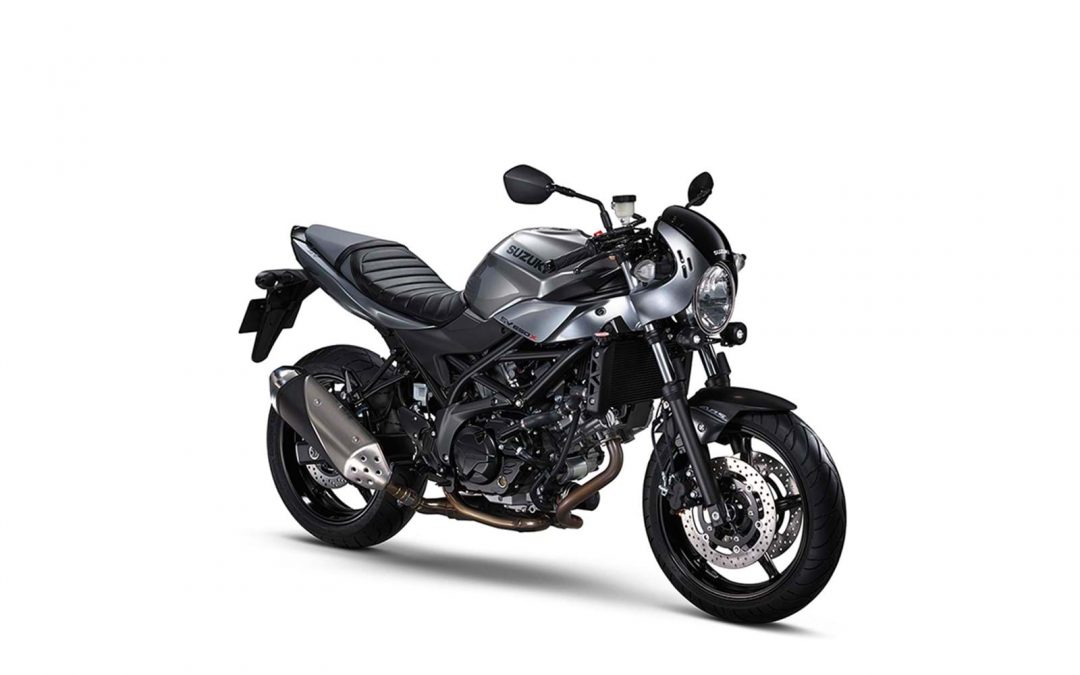 Suzuki Motor Corporation will unveil the SV650X at this year’s Tokyo Motor Show – which takes place from 27 October to 5 November – an evolution of the SV650 Rally concept shown at last year’s event.

The original concept was designed to pay homage to the tarmac rally cars and bikes of the 1970s. ‘Neo-retro’ design sees the SV650X get a newly-styled bikini fairing and tinted screen, fog lamps, clip-on handlebars, with a tuck-roll – already available as a genuine accessory on the SV650 – completing the look.

Suzuki GB general manager, Paul de Lusignan, commented, “The SV650 Rally concept generated a lot of interest at last year’s show, with retro-styled machines proving very popular among riders. The SV650X is an evolution of that concept, and shows how that would translate to a production machine. Currently we cannot confirm a production schedule. We will first assess reactions to the SV650X before finalising plans.”

Suzuki will confirm it’s 2018 model plans before the end of the year.