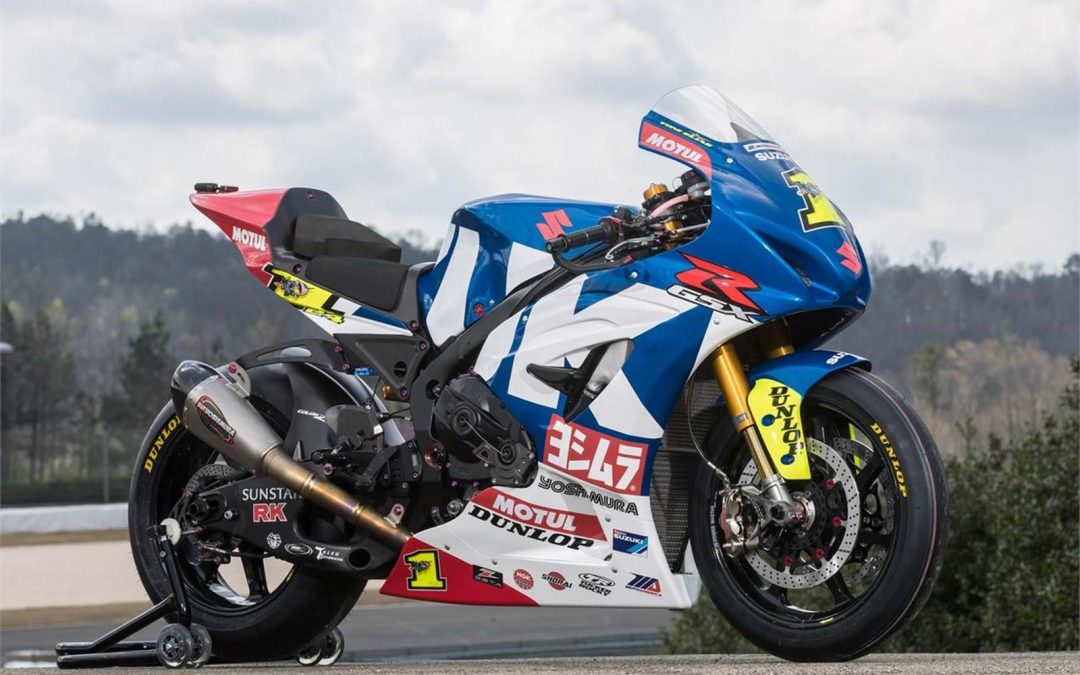 The 2018 racing season will not only see Yoshimura Suzuki Factory Racing team back on track to defend its MotoAmerica Superbike Championship, it also marks the 40th anniversary of one of the most successful partnerships in the history of the sport. 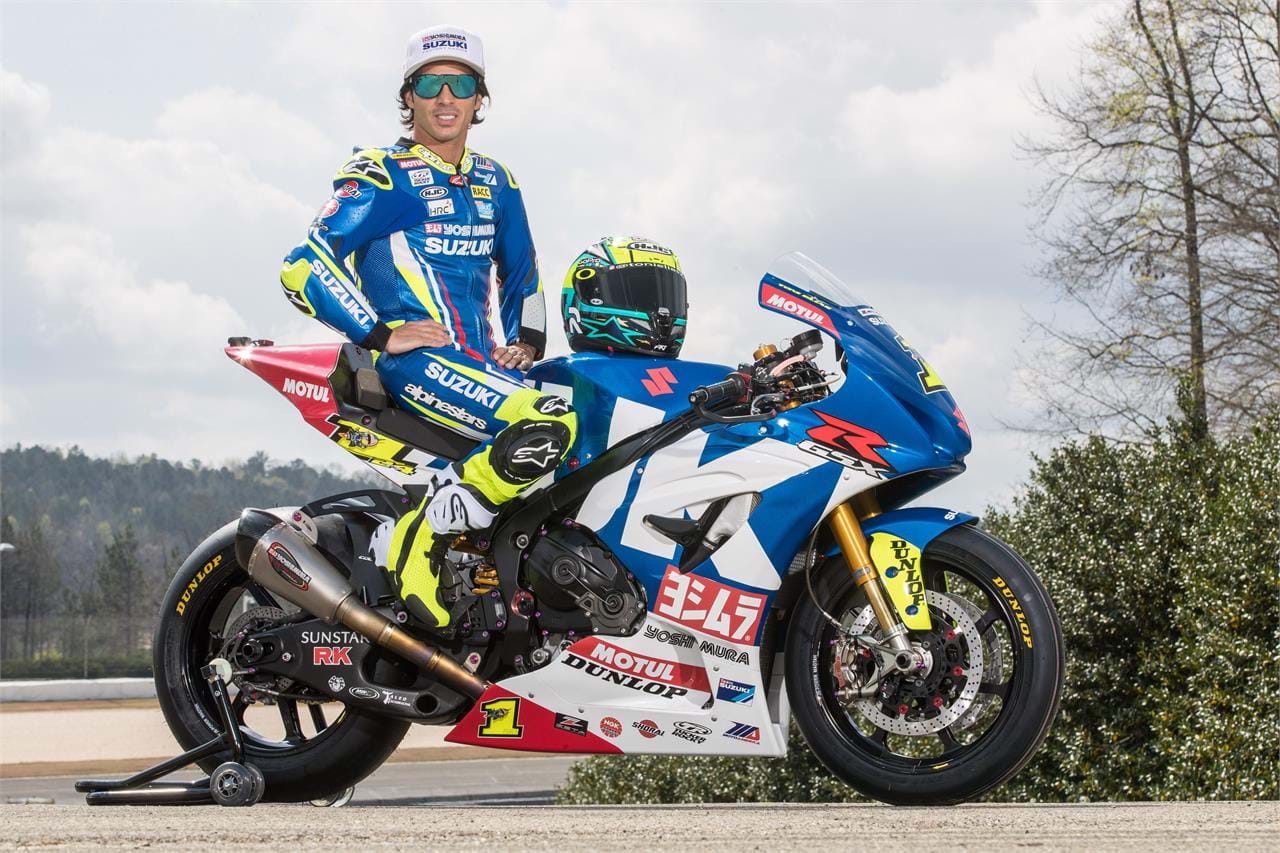 Marking the 40th anniversary of Yoshimura and Suzuki, the team will showcase a bold, all new livery on the GSX-R1000 race machines and there will be a series of commemorations during the 2018 MotoAmerica Championship season.

“Motorcycle racing is a forward-looking sport, but it’s nice to stop for a moment and reflect on the major accomplishments Suzuki and Yoshimura have achieved over the years,” said Kerry Graeber, Suzuki’s Vice President of Sales and Marketing. “It’s wonderful to look back and realise how many great riders have ridden under the Yoshimura Suzuki banner. From Wes Cooley to Kevin Schwantz, Doug Polen, Jamie James, Scott Russell, Mat Mladin, Ben Spies, Toni Elias, Roger Hayden, and so many more. The team has built an amazing legacy and we want to honour that relationship that began 40 years ago.”

The success of the team actually pre-dates the formal agreement the two companies made in 1978. The year before, Steve McLaughlin raced a Yoshimura Suzuki GS750-based Superbike to victory at the Laguna Seca Raceway round of the 1977 AMA Superbike Championship. It marked the first win by Suzuki in AMA Superbike and proved to be the seed that blossomed into a partnership that was formalised in 1978. 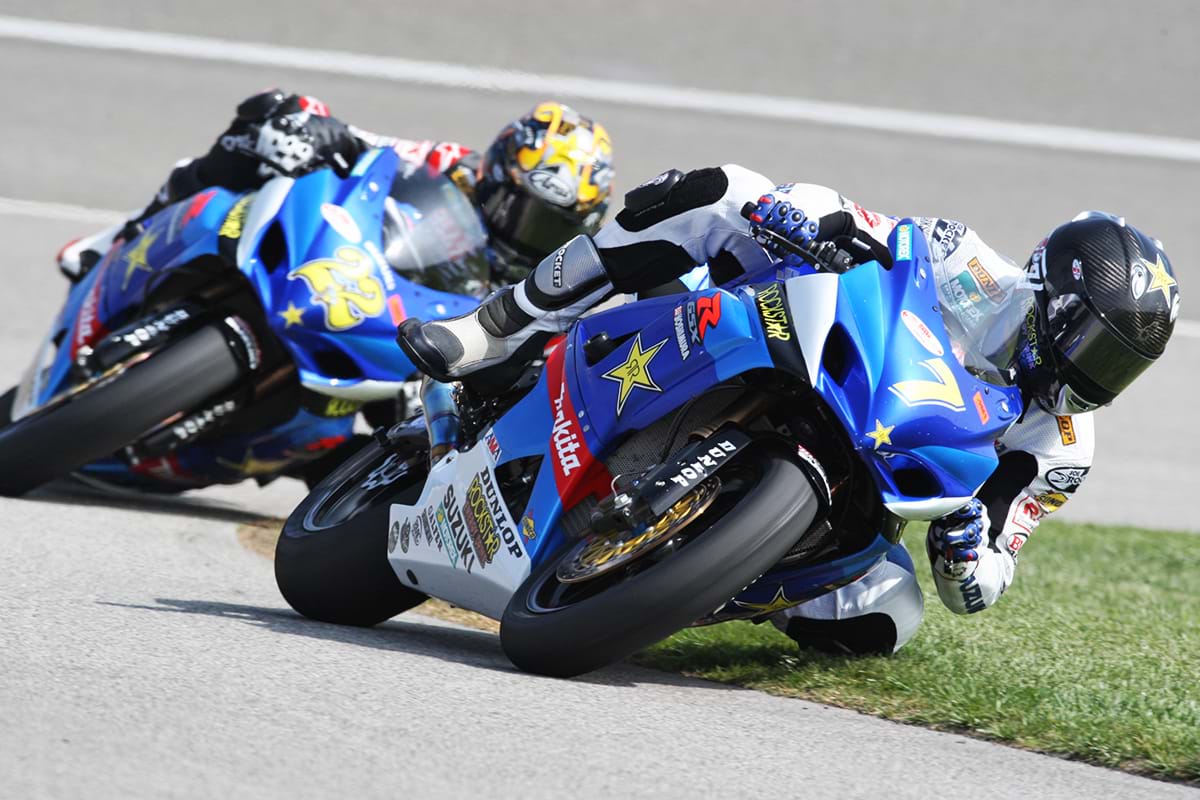 Wes Cooley became the first Yoshimura Suzuki AMA Superbike Champion in 1979. He defended that title in 1980. Cooley relished the time he had with the team and the close relationship he had with team founder Hideo “Pops” Yoshimura.

“I always wanted to give my all when I rode for Pops, because he gave his all for me and the team,” Cooley said. “The iconic image I have in my mind is Pops grinding on a cam, looking to get every last ounce of power out of the motors he built. Pops set the tone for his company and it’s good to see those who followed in his footsteps carried on that tradition of hard work and craftsmanship.”

“We are fortunate to have such a great partnership with Suzuki,” said Yoshimura’s Don Sakakura, President of Yoshimura Racing. “Dating back to the days of the GS750 and GS1000 and through to today’s legendary GSX-R line of sportbikes, Suzuki has always provided us top-notch motorcycles to take to the race track.”

Yoshimura Suzuki is coming off another record-setting season. The newly-designed Suzuki GSX-R1000 enjoyed a stunning debut season. The team simply dominated the 2017 MotoAmerica Superbike Championship winning 13 of the 20 rounds and finishing first and second in the championship with Elias and Hayden.