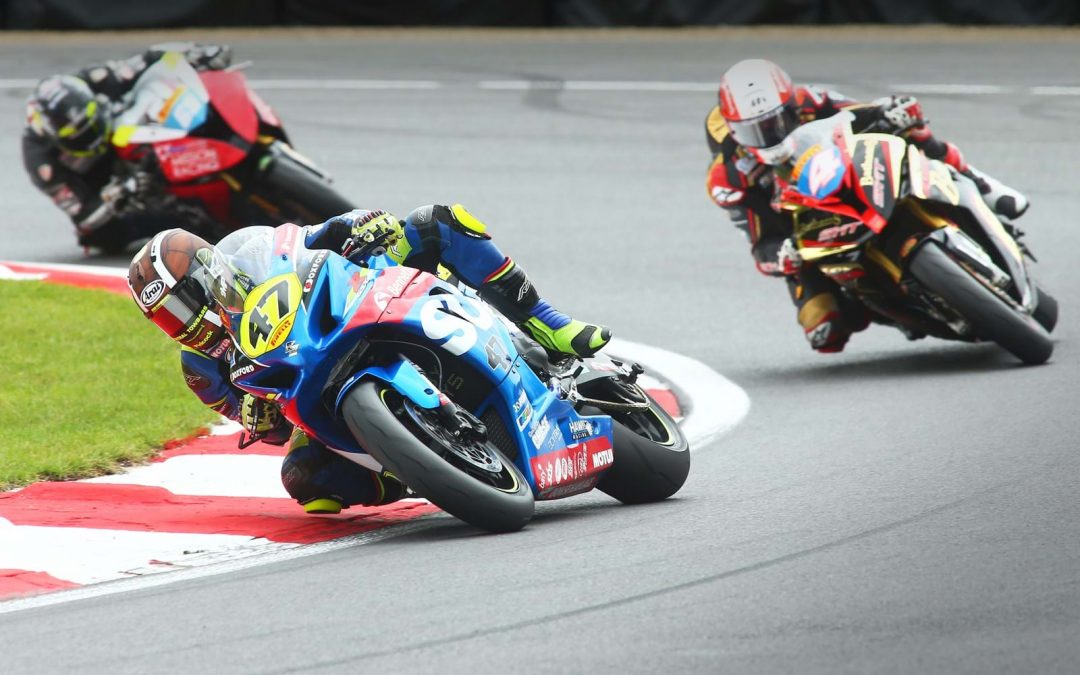 Richard Cooper took a brace of wins in the National Superstock 1000 championship at Brands Hatch onboard his Bennetts Suzuki GSX-R1000 this weekend, leading Sunday’s race from start-to-finish to make it a perfect weekend after qualifying on pole and winning both legs of Saturday’s two-part race.

In Sunday’s 16-lap affair he led into turn one off the line, and steadily built a comfortable advantage – setting a new lap record along the way – to take another win to bring his championship challenge back on track. After arriving at Brands Hatch with a 45-point deficit at the top of the championship standings, he now heads to Thruxton and round seven of the MCE British Superbike championship just 24 points adrift.

Richard Cooper, “We’re in a good run of form which, to be honest, started at Snetterton. We led just about every lap there until it was outside of my control and we started to run low on fuel, and that, plus the bad luck and DNF from Knockhill, is what’s put us on the back foot in the championship. But we know our pace is good and I have the confidence, and to be honest the bike just gave me that confidence all weekend. I was disappointed not to win by more on Saturday, but I knew I could control Sunday’s race from the start and that we could do the lap times out front on our own, and that was always the plan today. I managed to pull a comfortable lead and to see +3 on the pit board starting the last lap was nice.”