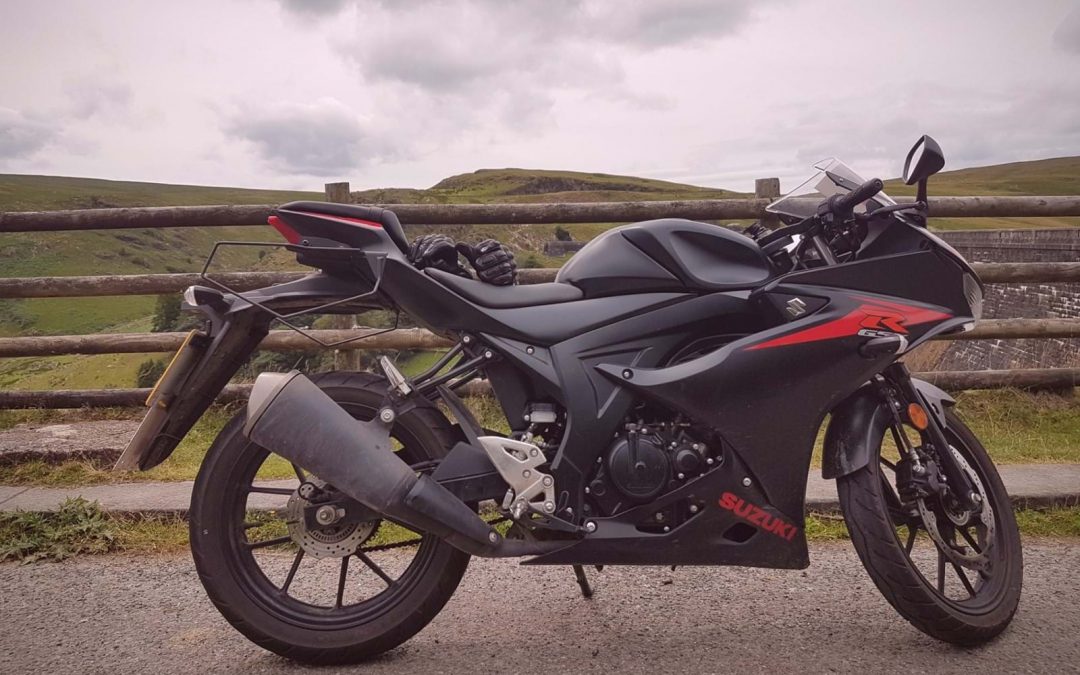 After passing his CBT in January, Stacie Lewis chose a GSX-R125 for his first bike.

Since then he’s managed to put over 10,000 miles on the clock and the little 125 has even attended several biking events.

It was the all-round appeal of the baby GSX-R that helped Stacie make his choice: “After checking build quality, reliability, seat height, and looks, I decided to go for the GSX-R125 and I bought brand new instead of second hand because of the manufacturer guarantee and three-year warranty.”

As part of the GBMCC and GLME biker groups Stacie has attended several events, normally organised by one of the group members which also caters for European visitors. Not afraid to pile on the miles, recent trips have included a 174-mile round trip incorporating the Mendips and Cheddar Gorge, the sweeping bends of the Jurassic coast and the South Devon coast (which even included some green laning after getting a little lost)!

“The GSX-R125 was the talk of the group! Many have asked if she had been altered in any way. They were very surprised at the ease of which she could corner, even with the addition of 120 litres worth of luggage.” 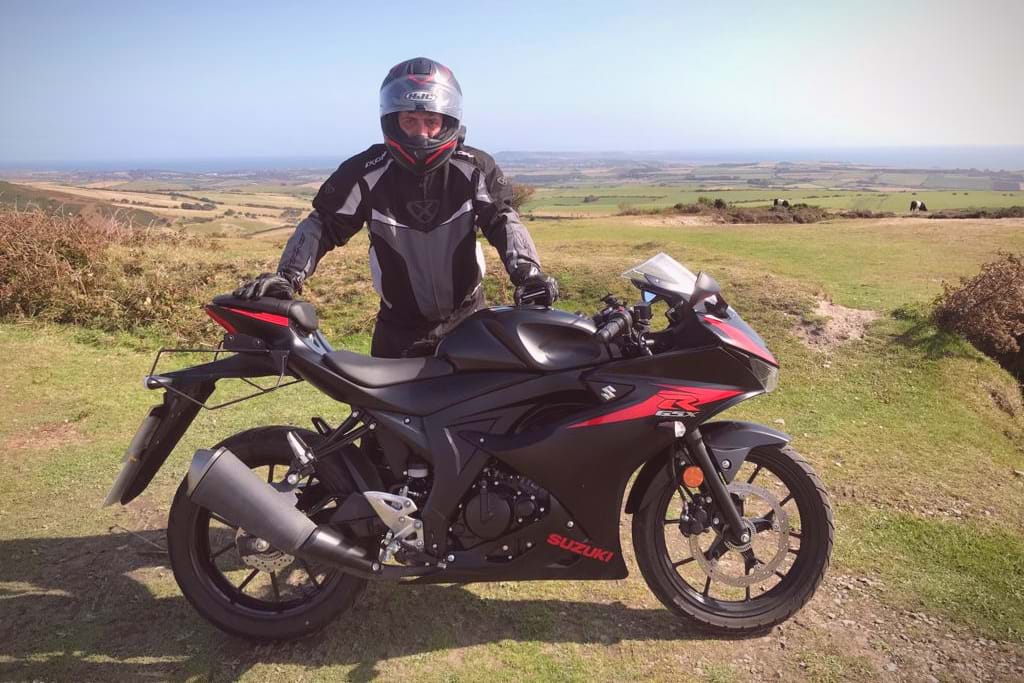 In fact, Stacie’s bike is the only 125 of the group, 300 of which visited Exeter last month where they covered a total of 1200 miles in seven days and were riding for around 10 hours a day. It definitely caught the eyes of others there.

“The bike is so capable, it gives so much confidence in the corners and is perfect for filtering. I think most people had a misconception that it wouldn’t keep up. They were all very surprised that not only did it keep up in the corners and filtering, it excelled.”

The adventures don’t stop there though for Stacie as he’ll be heading to Gregynog Hall in mid-Wales with roughly 90 other motorcyclists and he’ll be taking his A2 test in November.