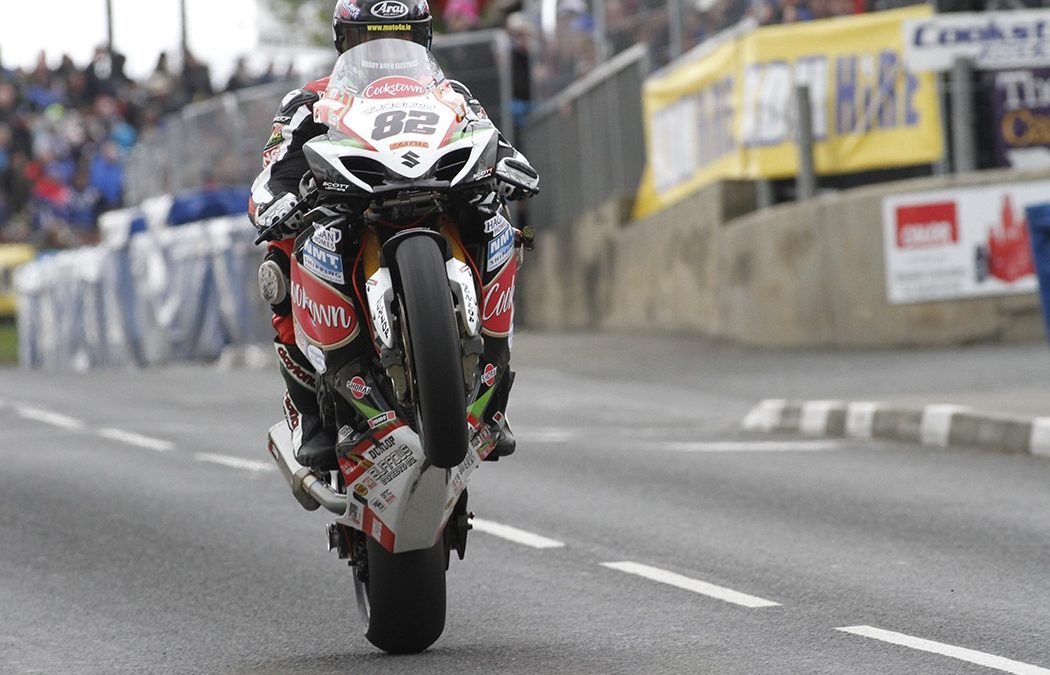 Brimming with confidence after a fine win at Tandragee, Sheils and his Suzuki GSX R1000, albeit the outgoing model, were a sizzling combination that their rivals could not handle. In front of a massive crowd, Sheils won both Superbike races and set the fastest lap of the day.

Sheils’ first victory came in the Open Superbike race. Rival Derek McGee led briefly but once Sheils got his nose in front he powered away to win by over two seconds.

In the feature Cookstown 100 Superbike race, when Irish championship points were also up for grabs, Sheils scored an emphatic victory with his Suzuki GSX R1000. At the end of eight laps of the 2.1 miles Orritor track, Sheils took the chequered flag over 11 seconds clear of the chasing pack.

Sheils said: “I really enjoyed the two races. Everything went smoothly and according to plan, I can’t even remember having one moment to worry about.

“Winning the second race was very important as championship points were available and it was good to get the Superbike title defence off to a start with a maximum 25 points. It was also important to put on a good show here as it’s Cookstown Burrows Engineering Racing’s home race. We had a lot of support so thanks to everyone who cheered us on.”

Team owner John Burrows was equally delighted, saying “That was a perfect job by Derek today, he’s riding fantastically well. Derek rightly will get the lion’s share of the acclaim, but I also want to thank my team who put a superbly prepared machine under their rider.

“I’d also like to thank all the fans for their support and of course all the team’s sponsors especially Cookstown – whose famous sausages are made just a few miles from the Orritor track. We are now focusing on our NW200 and TT preparations.”