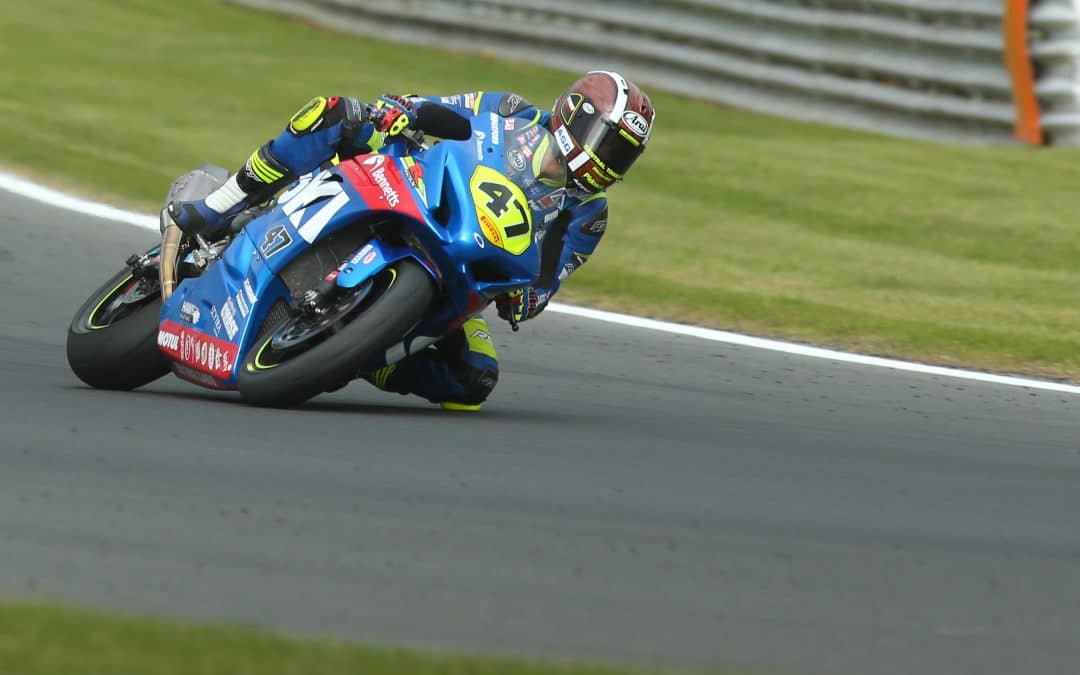 Richard Cooper is only two rounds into this year’s National Superstock 1000 championship, but already he and the all new GSX R1000 are leading the championship standings with Bennetts Suzuki. We spoke to him about the bike and the season so far.

He’s a former Superstock 1000 champion and a British Superbike race winner. In fact, he was in the Superbike class in 2016, but for 2017 Richard Cooper has taken on the mantle of proving the new GSX R1000 credentials in arguably the more important production-based 1000 class.

Rules are strict in Superstock, allowing privateers to buy a bike from a showroom, remove the road bits, and go racing. Cooper’s GSX-R1000 has a full Yoshimura exhaust system and inside the standard fork outers some Bitubo fork internals, plus a Bitubo rear shock. But that’s about it. It wouldn’t take much to get it back on the road.

On the track, however, Cooper and his new GSX R1000 has finished on the podium with his Bennetts insurance-sponsored Suzuki in every race, with two wins, a second, and a third. However, despite the fact he’s racing a brand new motorcycle, he was always confident in his chances this season.

Confidence is the key

“I expected to be competitive, to be honest. I’m confident in my own ability, but I had belief in the bike, which is why I signed to do this job. If I didn’t think the bike could win, I might have looked elsewhere, but I believed the bike was competitive and it’s proving it.”

However, there’s being competitive and there’s leading the championship after just two rounds, but Cooper maintains that it was all part of the plan.

“I know the potential of the package we have, and if we weren’t in the lead of the championship or fighting for it, I’d be disappointed. Suzuki has done the groundwork with the bike, we’ve just got to keep working to stay where we are.

There is more to come

“So far, it’s going to plan. I’d like to win every race of the year, but we’ve been on the podium in every race, which is important. And I think, if you look at the sheets from every session this season, we’ve been in the top three every time. It’s good for me, good for the bike, and shows this early in the season that we’ve got good pace.

“And there’s definitely more to come from the bike. Now we’ve won a couple of races we’re not going to stand still. The team is working with the factory and we’ll keep trying to improve and hopefully win a championship.”

With Hawk Racing and the Bennetts Suzuki team one of only a handful of teams receiving factory support in 2017, they enjoy a close link with Suzuki Japan, based in Hamamatsu, with Cooper helping lead development of the new GSX R1000 bike.

“There are areas we want to improve when we’re racing, but as a team and as a racer we always want to improve, it’s only natural. One area we’re focussing on is corner entry, we want to be stronger there, because we’re already strong through the turn and out of it.

“The bike’s chassis is one of the main strong points, and the way it turns and how it finishes a corner. And as we learn the bike we’ll hopefully keep improving everywhere. But the chassis is key.

“The engine is also strong in a competitive class. When I’m racing with the other bikes I’m really able to get the Suzuki out of the corner stronger, which carries you onto the straight. The motor’s really usable, which is a nice thing and the VVT works well and there’s a good throttle connection. It’s all very controllable, but is pushing you forward at the same time.”

This weekend Cooper and the Bennetts Suzuki team head to Oulton Park, and have already enjoyed new GSX R1000 test at the Cheshire circuit.

“Oulton Park is a riders’ favourite. I was really looking forward to riding the bike there. We had a few issues at the start of the test, but nothing you wouldn’t expect with a new bike at a new track, but we’d ironed them out by the end of the day and we were right on the pace in the end.

“To be honest it was nice to go testing at a circuit before we raced there, so we could get a base setting together. We need to remember this bike is brand new; it’s never been around these circuits until we get there. So it’s nice to get there and be ready to go.” 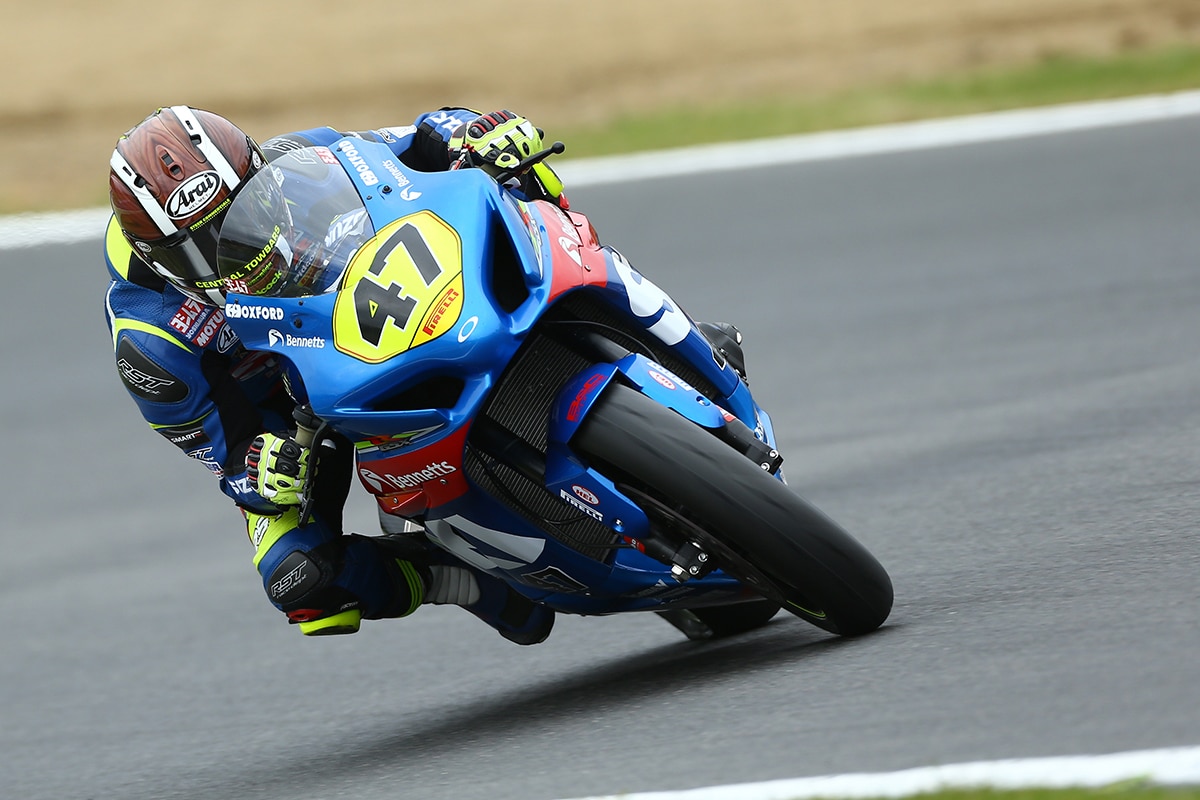