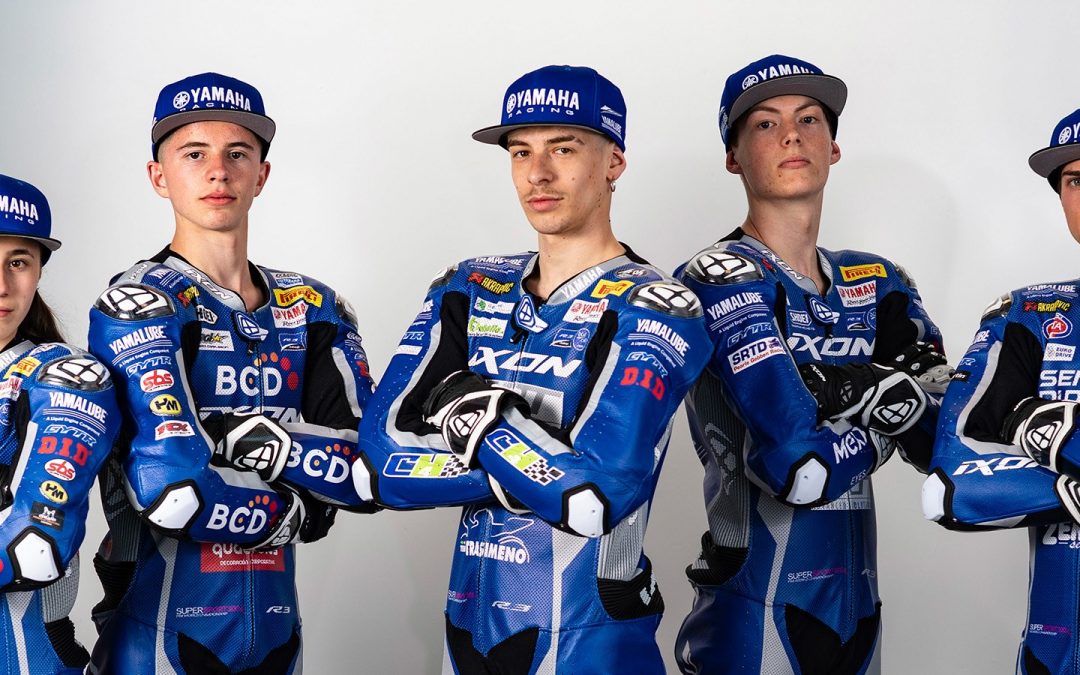 The Yamaha VR46 Master Camp is revamped and ready to open its doors to the seventh edition participants, who will set foot on Valentino Rossi’s VR46 Motor Ranch from May 22nd – 26th. 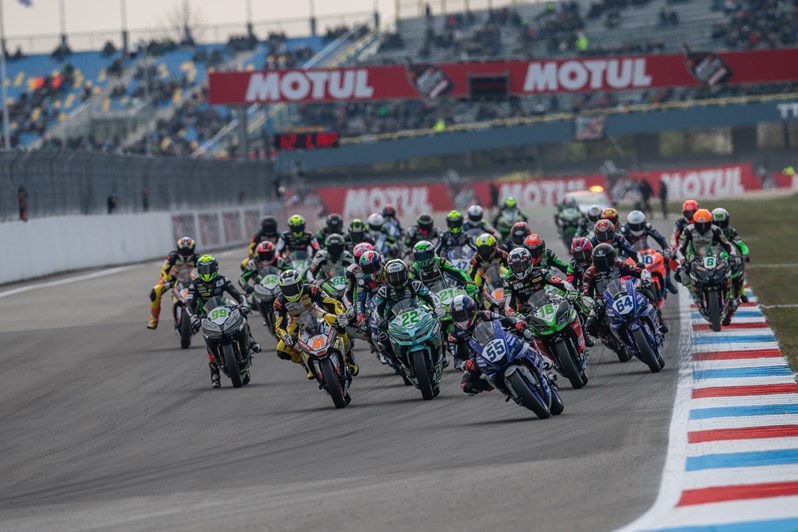 The five selected up-and-coming riders are all friends and rivals as they are currently competing in the WorldSSP300 championship as part of Yamaha Motor Europe’s Yamaha R3 bLU cRU Challenge. They are skilled and hungry for good results – the perfect resume for aspiring Master Camp graduates.

Much like Yamaha Motor Europe’s Yamaha R3 bLU cRU Challenge, a competition that takes place inside the 2019 FIM Supersport 300 World Championship (WorldSSP300) over all nine rounds, the Master Camp programme is especially designed to nurture talent. The Master Camp is approved by racing and fitness professionals and aims to give young Yamaha stars a further boost by enhancing their riding skills and professionalism, thus enabling them to make a further step in their racing career. 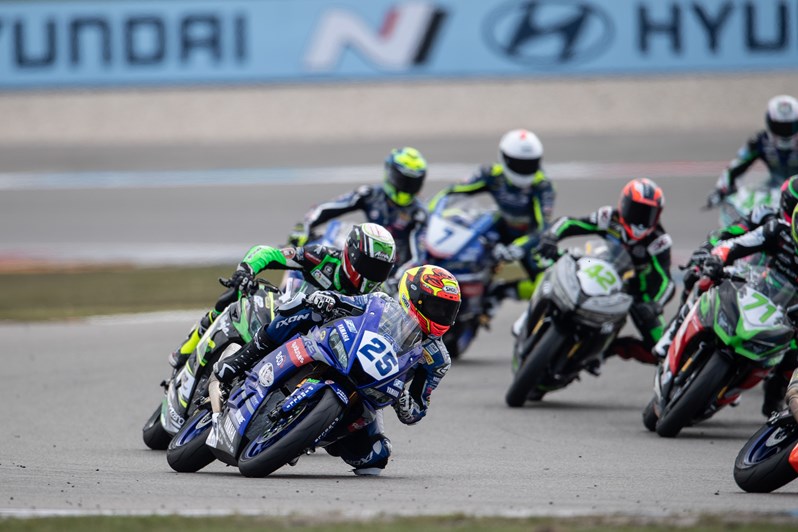 To improve the bLU cRU participants riding skills, they will have a chance to learn from three-time English Flat Track Champion and two-time American and European Flat Track Champion Marco Belli and fitness trainer Carlo Casabianca, and they will be riding at the Autodromo di Modena, at the Galliano Park, and train at the Fisio gym and on the beach, all the while joined by the VR46 Academy riders, who will be coaching them every step of the way. Moreover, the seventh edition of the Master Camp will include some new and exciting wave runner activity, made possible by Yamaha Motor Italy’s Marine Division. 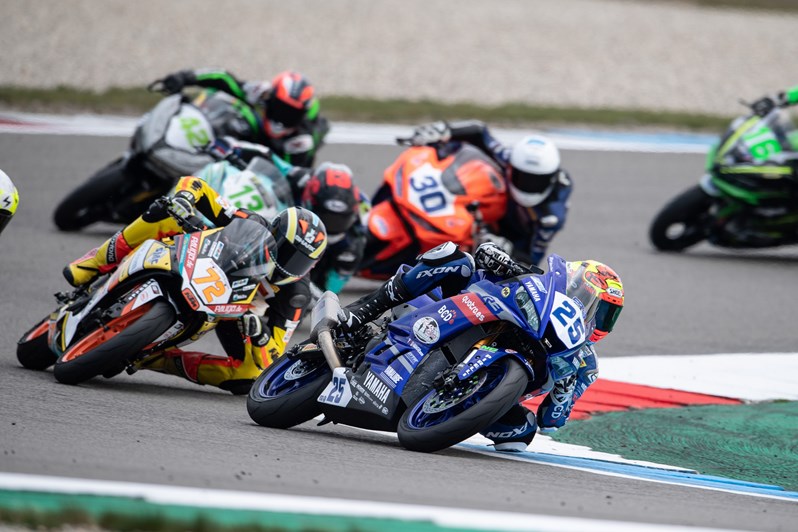 The training is entirely designed to boost the Master Camp protegees’ riding skills, bike control, balance, fitness regime and choice of race line (on-road aboard Pirelli-fitted YZF-R3s, MiniGP on YZ85 bikes, off-road on YZ250Fs and Yamaha YZ125 bikes, and on water with Yamaha EX Deluxe and Yamaha GP1800 wave runners), as well as technical know-how and motivation to give them the edge at the remaining seven rounds of the WorldSSP300 season. 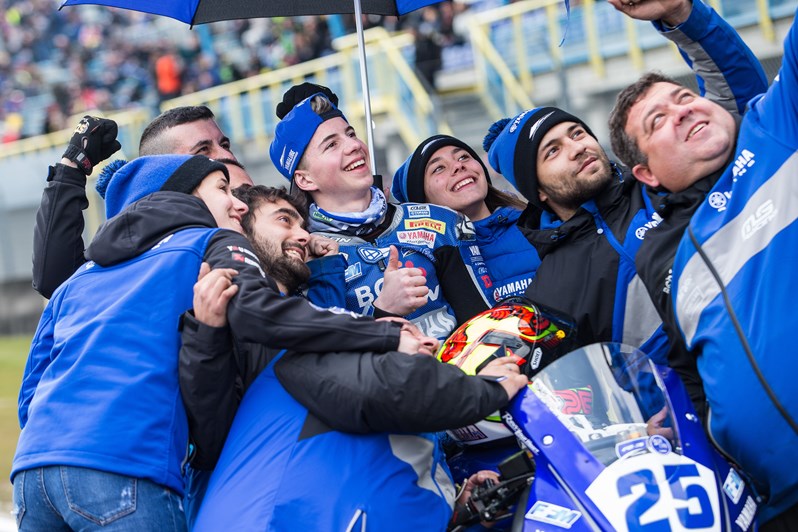 “We are very happy to host Yamaha Motor Europe’s WorldSSP300 bLU cRU riders for a second time. Yamaha Motor Europe is dedicated to supporting both its bLU cRU riders competing in the top classes, as well as their younger talents. The bLU cRU challenge is an initiative that allows the talents to grow and make them jump to a higher tier.
Because these five riders are already receiving professional support from Yamaha, we know the level will be high right from the start, so we feel confident that the new students will be able to handle the redefined programme and have fun as they train alongside the VR46 Academy riders. Understandably, they will be very excited to try all the racing disciplines and motorized vehicles, but we hope they will also take the fitness tips to heart, as health and stamina are vital to a successful motorsports career.
This edition of the Master Camp looks to provide them with all the tools they need to finish the WorldSSP300 championship in a strong way. I would like to thank VR46 and the Yamaha VR46 Master Camp sponsors – Descente, Oakley, Saucony, Alpinestars, Pirelli, Yamaha Motor Italy’s Marine Division – for making this event possible and helping to make the dreams of future racing stars come true.” 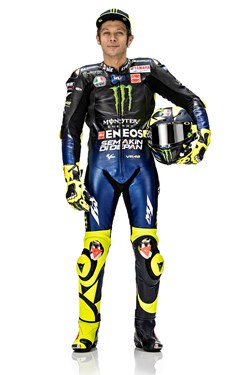 “It is incredible that the Yamaha VR46 Master Camp is already starting its seventh edition! Sincerely, it’s great that we have been able to make this programme successful and that we are able to train so many talented young riders. It is a pleasure to welcome these five 2019 WorldSSP300 bLU cRU riders to my hometown, Tavullia.
Because the Master Camp will celebrate its ‘fourth birthday’ this year, we wanted to make some adjustments to the activities and do something special. Over the last three years we’ve seen what works and doesn’t work, what the riders do and do not enjoy, and we’ve taken all their feedback onboard. I’m sure that the new programme will be very interesting to them and also a lot of fun! It will be hard work, but if they enjoy the training they will learn and adapt faster and be more disciplined in adding the training skills to their usual training regime after they leave the VR46 Motor Ranch, so fun is important.
I would like to thank Yamaha, VR46, and the sponsors and partners, who have helped organise the whole Master Camp project. Helping young racers has been a project of mine since 2014, when I started the VR46 Riders Academy. Seeing young riders progress really is a great reward and also a great motivation to keep pushing and enjoying racing.” 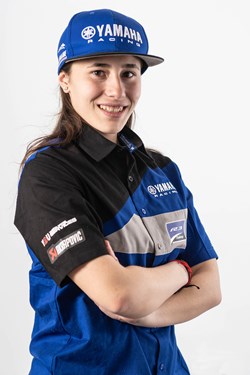 Beatriz Neila was born into a motorcycling family, so it’s no surprise that the Spanish youngster found her way onto the racetrack. Her parents were both keen motorcycle riders who participated regularly in track days in Spain, which meant that Neila spent a lot of time around motorcycles during her formative years.

After starting out racing minimotos, Neila contested two rounds of the Cuna de Campeones in the MiniGP 110cc category in 2011 before moving up to race a full season in the MiniGP 140cc class the following season, claiming one podium finish on her way to finishing the season 10th in the championship standings.

In 2017 Neila was selected for the Red Bull Rookies Cup and contested a season in the MotoGP feeder class before returning to production racing in Spain the following year, finishing third in the Spanish National R3 bLU cRU Challenge. This result is what earned the 16-year-old a place in WorldSSP300 with the BCD Yamaha MS Racing Team for the 2019 season. 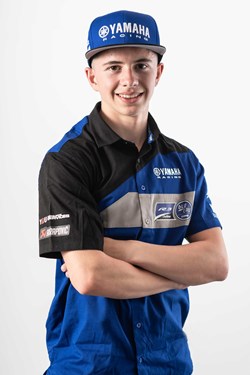 16-year-old Andy Verdoïa started his two-wheeled career at 5 years of age aboard a YamahaPW50, stepping up to motorcycles with a gearbox two years later and finishing as vice-champion of France in the 50cc class before his ninth birthday.

A fourth place in the 70cc FCM Championship in 2012 was followed in 2013 by a top ten finish in the highly competitive 80cc Spanish Championship. Verdoïa stayed in Spain for 2014, winning the Spanish Moto4 Championship. 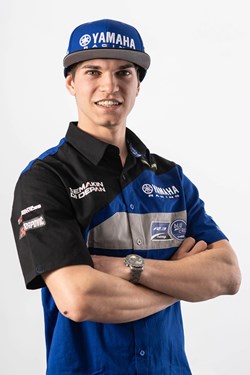 Jacopo Facco is no stranger to WorldSSP300, having competed in the championship in 2017, scoring a best result of 8th place in Magny-Cours and Portimão and eventually finishing 17th in the championship standings. The Italian returned in 2018 for a one-off ride in the series as a replacement for an injured rider, picking up points in Misano on his sole appearance that season.

For 2019 the Italian will contest a full season in WorldSSP300, riding as part of the Yamaha R3 bLU cRU project for the Semakin Di Depan Biblion MotoXRacing team. 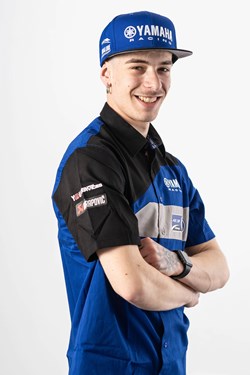 After spending his early years racing an uncompetitive mini-bike, Kevin Sabatucci got his big break with the Sic58 Racing Team, run by the father of the late Marco Simoncelli. Joining the team in 2013 to contest the Italian CIV series, the Italian immediately made his mark by winning his second race! Sabatucci remained with the team for three seasons, before switching to pit bikes in 2016 and taking 14 wins over the course of the season.

A switch to the CIV Supersport 300 class brought more success for Sabatucci, culminating in him being selected to join the Yamaha R3 bLU cRU program for 2019. This season the Italian will race full time in WorldSSP for Team Trasimeno. 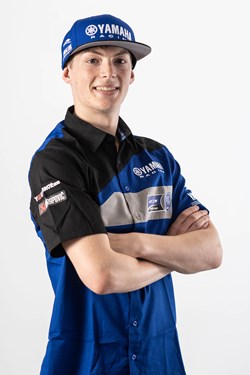 Finn de Bruin started racing at 11 years of age in the Molenaar NSF100 Cup, contesting three seasons in the series before switching to the KTM RC390 Cup, where he raced for a further two seasons.

In 2017 the young Dutchman made the move to Yamaha, contesting the Dutch R3 Cup and making an appearance as a wild card in the Assen WorldSSP300 round. The following season saw de Bruin crowned as the Dutch R3 Cup Champion, which secured him a place with Team Trasimeno for 2019, contesting the full WorldSSP season as one of the six Yamaha R3 bLU cRU project riders.