Podium for McConnell at tough Knockhill for Buildbase Suzuki 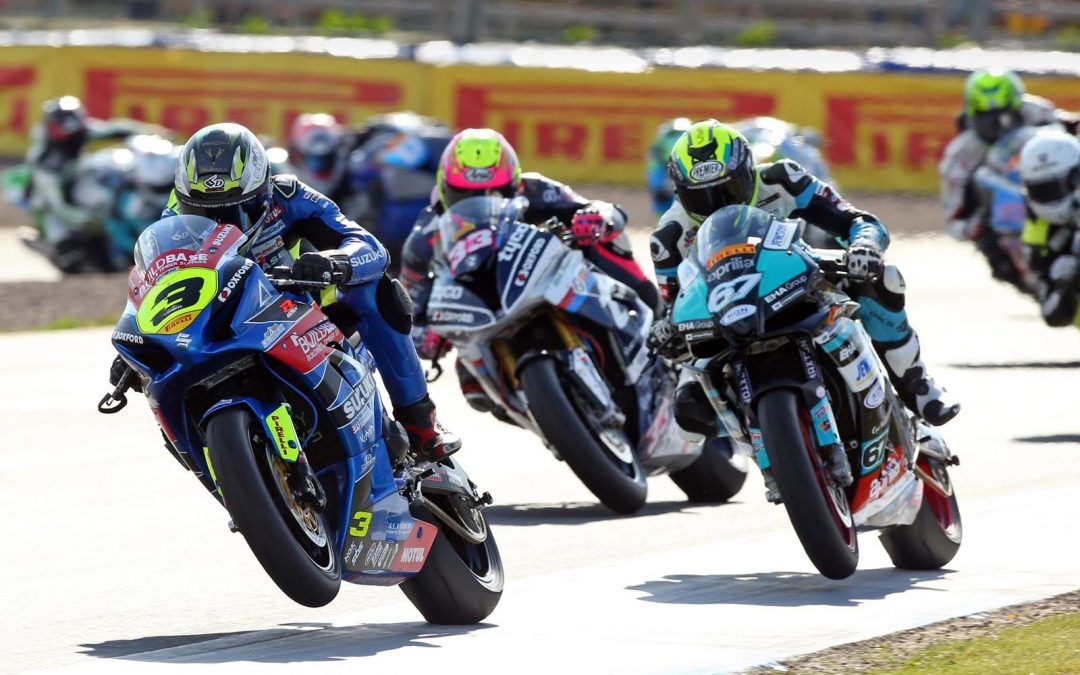 Billy McConnell finished on the podium onboard his GSX-R1000 in the first National Superstock 1000 race at Knockhill for round five of the Bennetts British Superbike Championship.

The Australian’s second place finish the highlight of a tough weekend for the Buildbase Suzuki team.

McConnell qualified in second place, and finished runner up in the first encounter. However, he then made an uncharacteristic mistake and crashed out of race two, collecting no points. He now sits second in the championship, 12 points off the series lead. 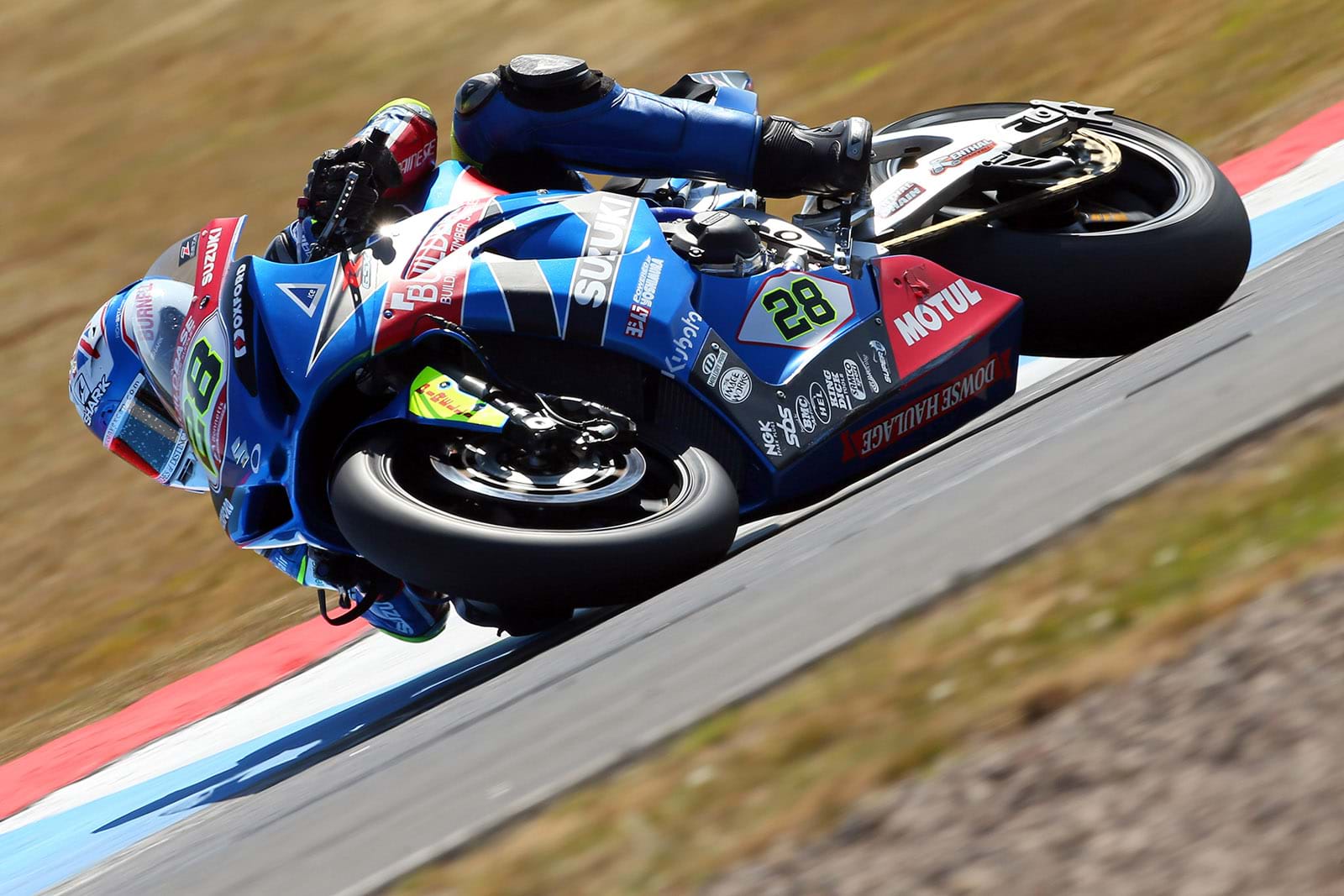 In the superbike class Bradley Ray was quick all weekend, but the team had been searching for the final missing piece of the setup jigsaw to give him the edge come race day. The 21-year-old finished fifth in race one after battling with the leading group throughout. The team made changes for race two that saw him hold second place for much of the action, and challenge for the lead. Unfortunately, he was unable to take the chequered flag after a stone punctured the radiator on his GSX-R1000. 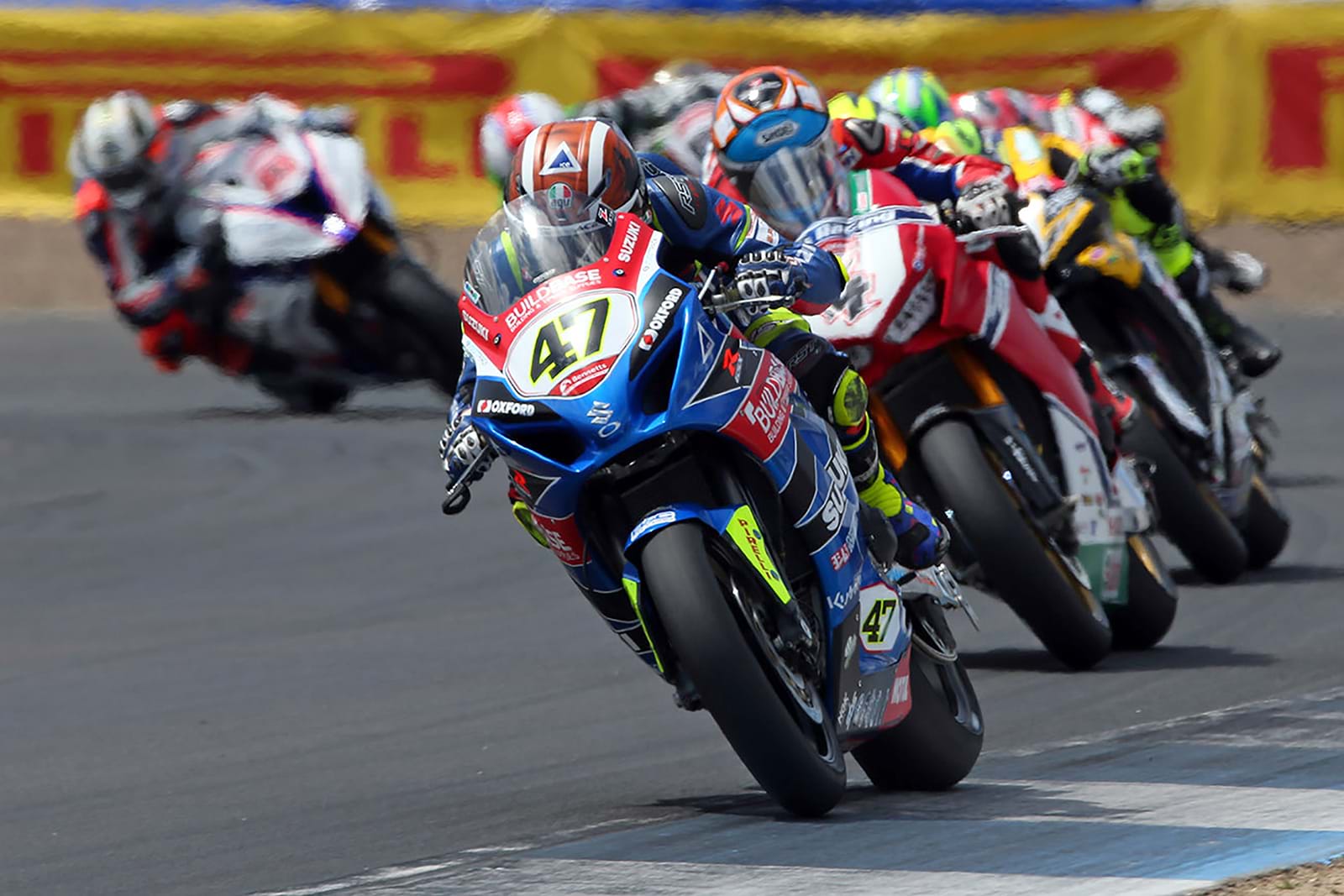 Richard Cooper had also been fast all weekend and was consistently well inside the top-10 during practice. Despite a slightly disappointing showing in qualifying, the former Superstock 1000 champion had two strong races to finish ninth and seventh.

Despite having plenty to think about following the weekend’s racing, however, the team’s thoughts are currently with the Dunlop family following the passing of William on Saturday. 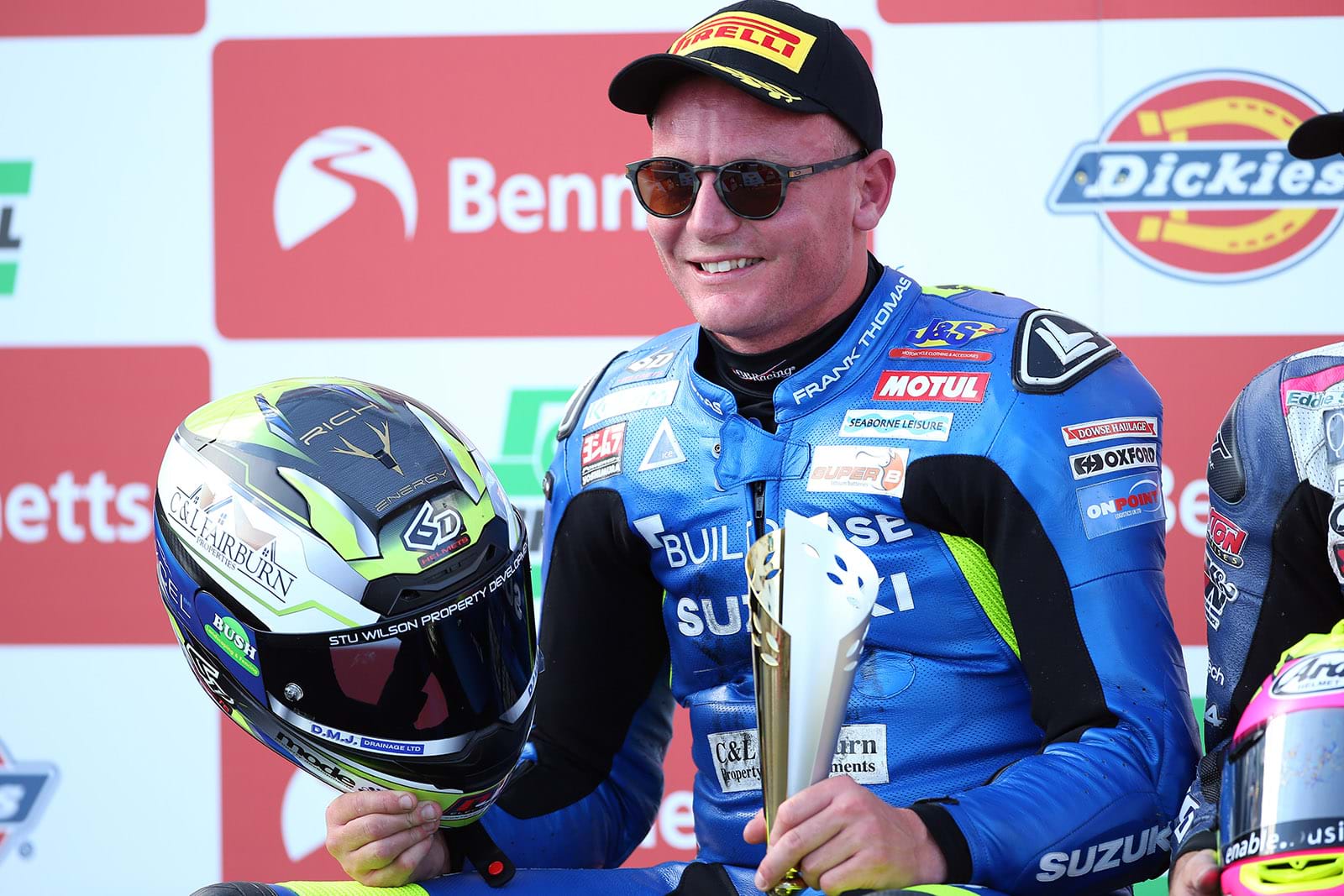 Billy McConnell, “The bike was working good, we came here with a good setup from Mallory but honestly Keith was riding really well and it was going to be tough to beat him. Second in race one though was still good for the championship but I just made a mistake in race two and tucked the front and that has hurt us a little bit. But we’re not yet halfway through, there are plenty of points left to play for and we know we’ve got a good package and a competitive bike, it was just an off weekend this weekend.” 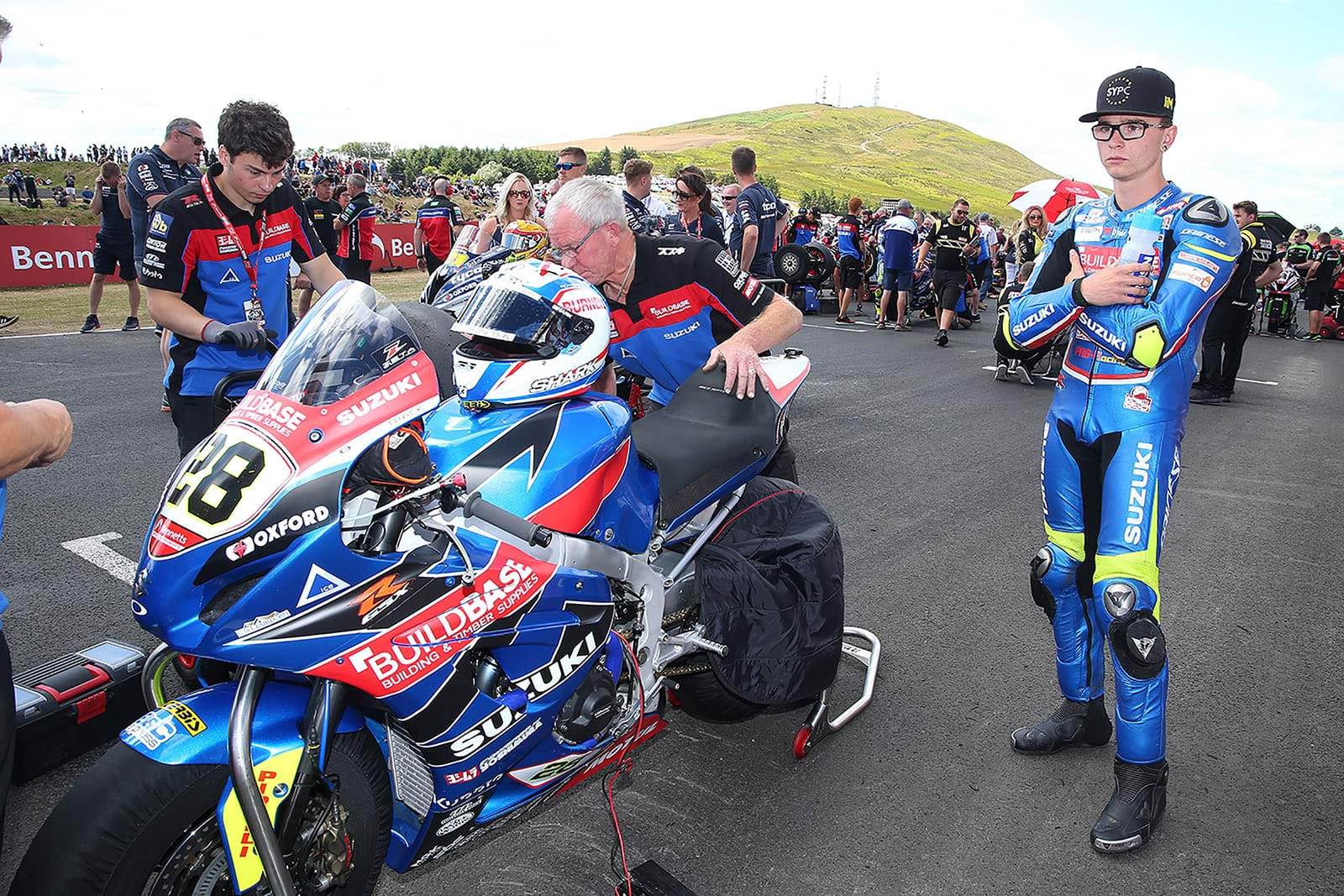 Bradley Ray, “We had good pace this weekend but we were just missing a little bit. In race one we were there or there abouts in the leading group but I couldn’t really attack. We made some changes for race two and got a good start, and I was feeling a lot more comfortable. I felt we could have at least had a podium, but I had no choice but to pull in after a stone went through the radiator. It’s really disappointing as it’s cost us a good haul of championship points and given us some real work to do now. I’ve got another test for the Suzuka 8-hour now, so I’ll try and put this weekend behind me, have a good test, and come back stronger at Brands Hatch.” 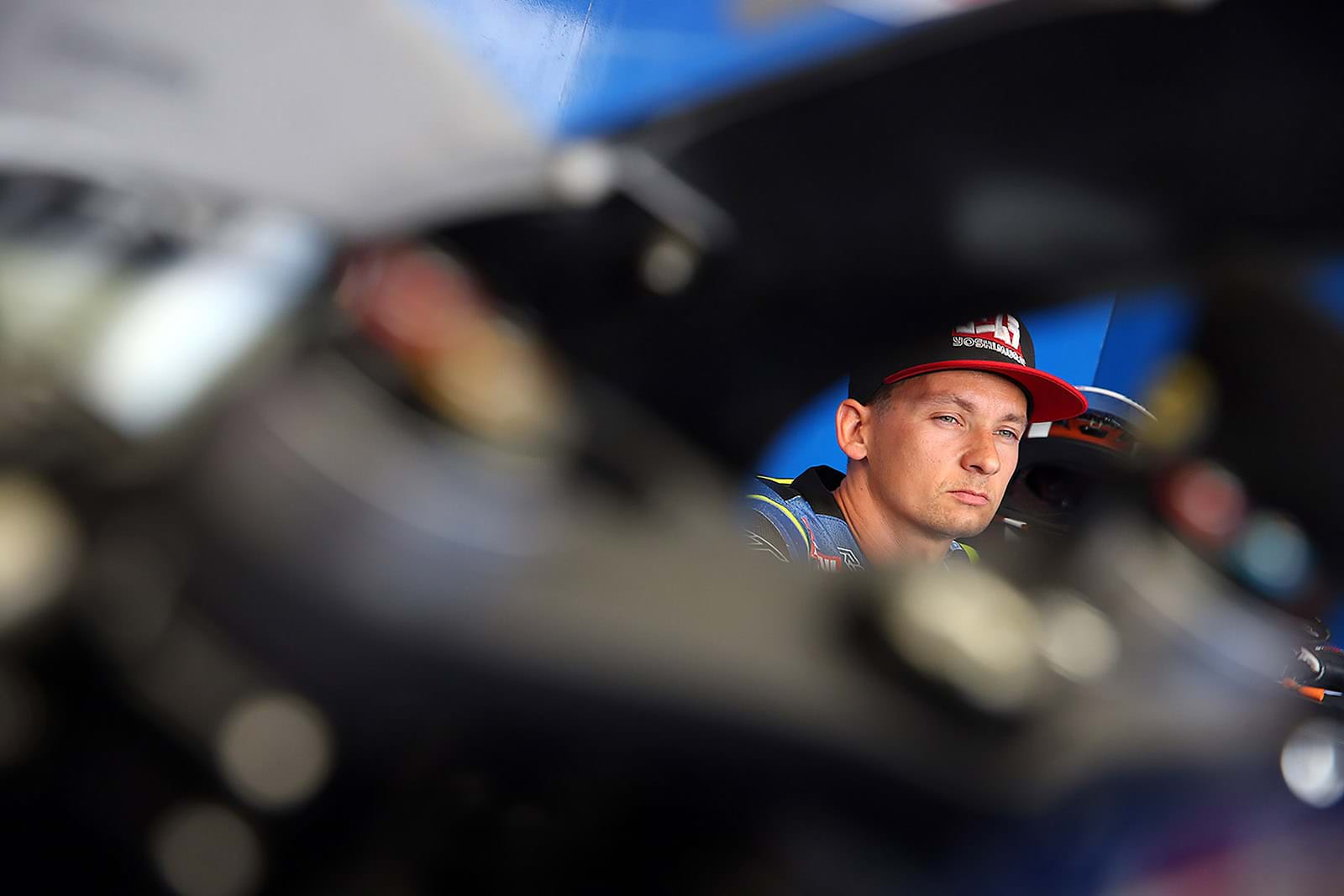 Richard Cooper, “I’m happy enough again to be honest. We had good pace all weekend and qualifying didn’t really do us justice which is a shame and that’s really where need to work a bit more. But we really had found a bit of pace in practice and I was feeling really good. Coming from 11th on the grid we had some work to do but I was happy with P9 and it felt like everything was starting to come to me, and we did another strong 30 laps in race two to come away with P7. I’m pretty pleased, we’re improving and that momentum is building, hopefully we can take that into Brands Hatch.”

Team manager Steve Hicken, “It was a disappointing weekend on the whole. While fifth was the best we could achieve in race one with Brad, I think we could have gone better in race two, so it’s really disappointing to miss out on a result because of track debris. The stone through the radiator cost us a lot of points, and we also missed some track time with a puncture on Friday, so all-in-all quite disappointed with that.

“With Cooper, we found a lot of pace on Friday and he was strong all weekend after a really productive run-out at Mallory before we came here. It didn’t quite come together in qualifying again and that’s where we need to work. But we saw big improvements and they were two good results.

“Tipping off in the second race was a rare mistake from Billy. It’s a shame as it’s cost us the championship lead, but he doesn’t make many and has been having a great season so far. We’ll go away and regroup, we know where we need to work and where we can improve, and after a tricky weekend we will be coming back stronger at Brands Hatch. However, at the moment our thoughts are all with William Dunlop’s friends and family at this very, very sad time.”