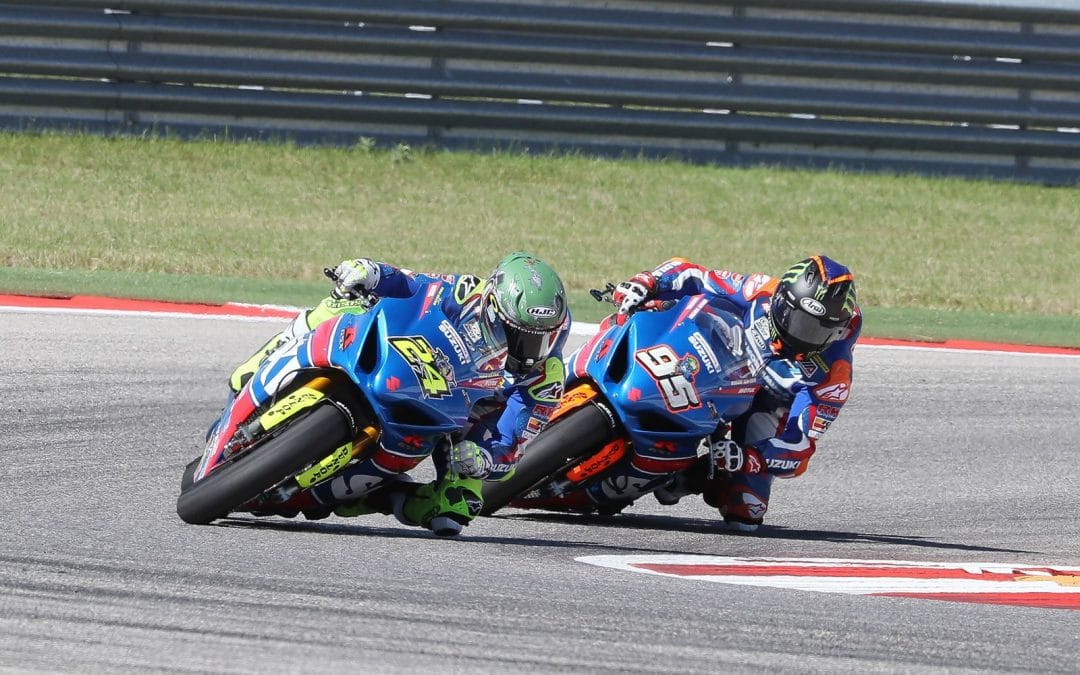 Yoshimura Suzuki’s Toni Elias dominated the opening round of the MotoAmerica championship last weekend, winning both races at the Circuit of the Americas onboard the all-new GSX R1000.

The new GSX machine also set pole in qualifying in the hands of Roger Hayden, who went on to finish second and third in the two races.

The opening race was a two-way battle between the two Suzuki teammates, with Hayden making a last lap pass for the lead, but Elias was able to dive back underneath the American to take the win. Race two became a three-way dice at the front, with Cameron Beaubier finishing second. However, Elias and Hayden leave CotA sitting first and second in the championship standings.

Elias commented afterwards, “I am very happy with where this puts us in the championship. It’s especially good since we were able to provide a great introduction for the new GSX R1000 with two victories. It’s amazing.”

Hayden added, “We had an awesome weekend here at COTA. We got a lot of points with a second and third. The new GSX-R was working great all weekend.

“I came up a little bit short, but I’m really excited about the team, how hard they’re working and where we are with the new bike. I’m looking forward to Atlanta already.”