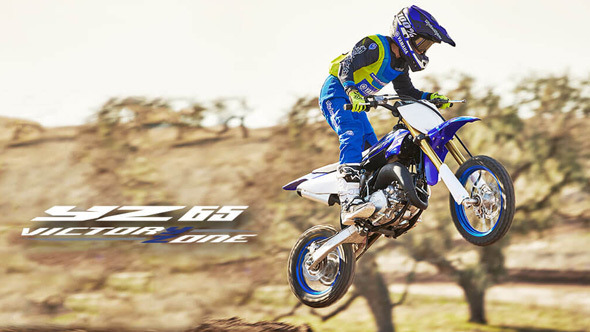 Yamaha’s range of winning YZ race bikes has been one of the most dominant forces in motocross competition for five decades. Since the brand won its first MX World Championship back in 1973, Yamaha YZs have claimed victory in every major international category.

2018 sees the launch of the all-new YZ65, one of the most exciting and technologically advanced youth race bikes seen for many years. Featuring an all-new engine and chassis, the 2018 YZ65 reaffirms Yamaha’s total commitment to the youth motocross scene – the starting point for future champions.

The new YZ65 comes with pure YZ race-bred DNA as standard equipment. Its race blue bodywork, bold graphics and blue rims are inspired by Yamaha’s YZ450FM MXGP bike, and every key feature on this youth motocross bike has been developed by the same team of engineers that are responsible for the company’s other YZ race bikes.