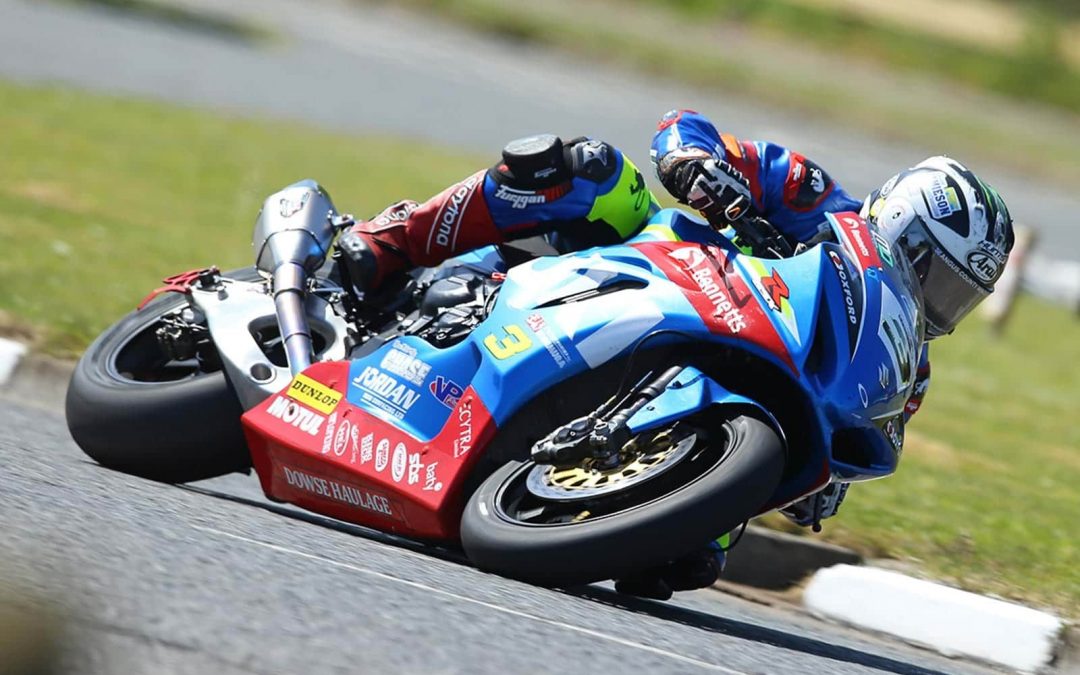 Michael Dunlop capped off an up-and-down North West 200 with a fourth placed finish the second Superbike race, as the Bennetts Suzuki team made its road racing debut with the all-new GSX-R1000.

Inclement weather played havoc with the schedule for Saturday’s racing, with Dunlop opting to sit out the first Superbike race due to the treacherous conditions. However, the rain finally abated for the second race, and with the circuit mostly dry, the fans were treated to a fascinating encounter.

Dunlop was part of a five-rider dice at the front after recovering from a steady start. He was as low as ninth on the opening lap, but was the fastest man on track at one stage to make his way to the leading group, climbing as high as third during the race. However, he was unable to hold the position and came away with fourth place at the chequered flag.

Despite missing out on the podium, the team was happy with the performance in the race, and have plenty of data to analyse ahead of the Isle of Man TT races after running the new GSX-R1000 on the roads for the first time.