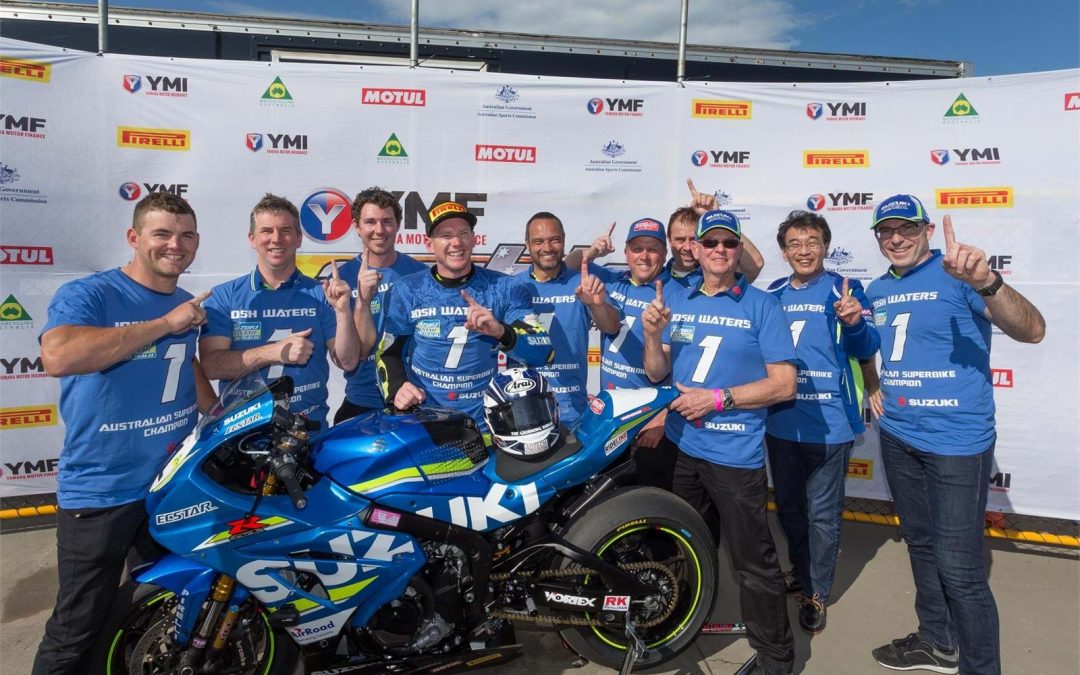 Josh Waters, riding the all-new GSX-R1000 for Team Suzuki Australia, clinched the Australian Superbike championship at the weekend, with a win and a fifth placed finish from two races at Phillip Island.

Waters qualified on the front row of the grid, before charging to victory in the opening race. The win gave him the lead in the points tables, and meant he held a 13-point advantage over his nearest title rival with one race to go.

The former British Superbike race-winner led the opening lap of the second race, but was very much riding in championship-mode, and soon settled into a rhythm, all the while keeping an eye on his title rival and his pit board. He eventually crossed the line in fifth place to seal his third championship title, and his third with Suzuki. 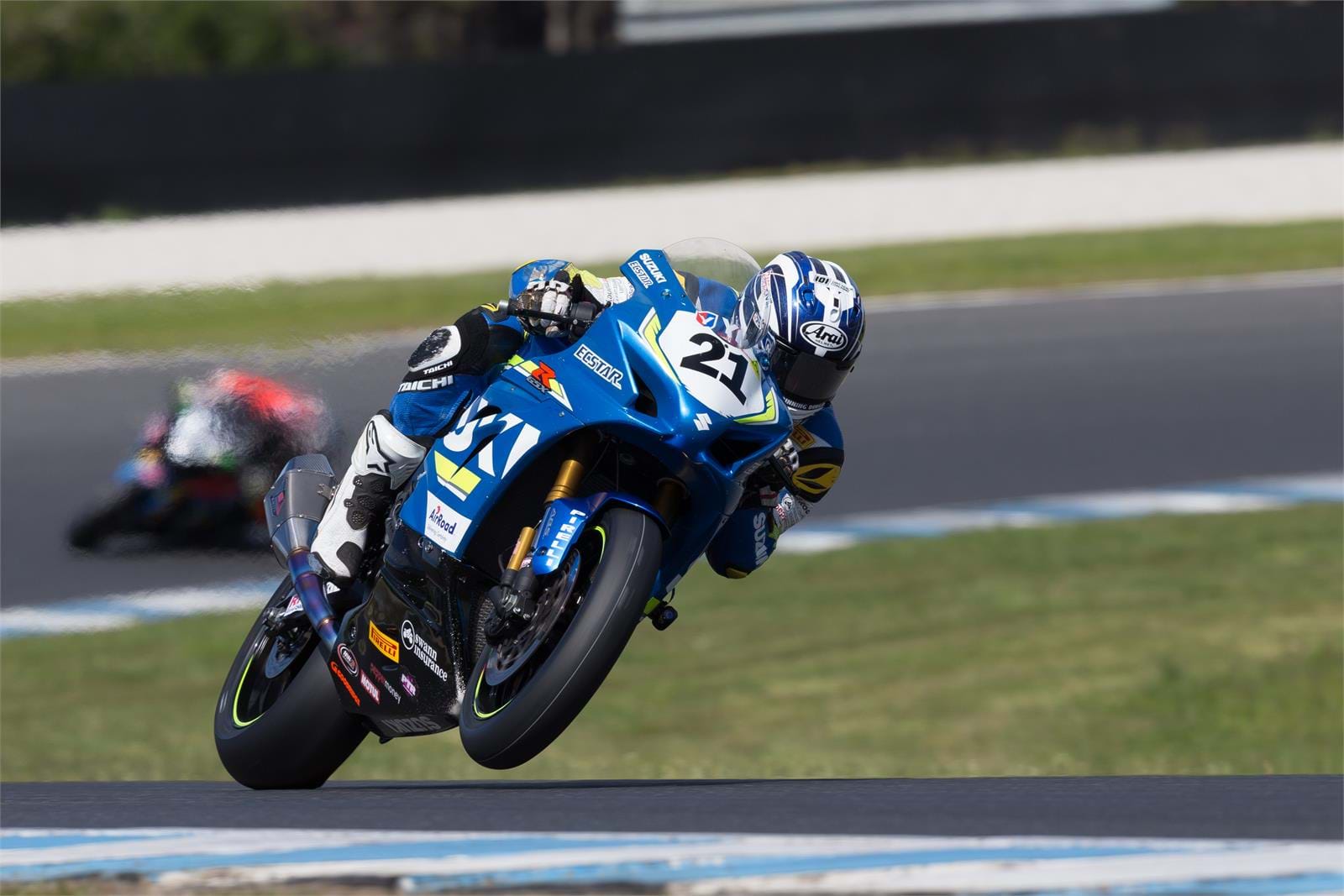 Waters said, “It’s an unbelievable feeling to win another ASBK title, and also to do it with the new GSX-R1000R. At one stage we were nearly 60 points down in the championship, so to turn that around and even be in the position to challenge for the championship at the last round was an achievement for everyone. I still can’t believe it.

“The championship is that tough at the moment, so this is pretty special. The aim was to win race one and then in race two I knew what I had to do, but it wasn’t easy and I had about a trillion things going through my head. It just feels really good to win this title, so thank you to everybody who has supported us and all of the team’s partners as well.”