Join in with Ride to Work Week 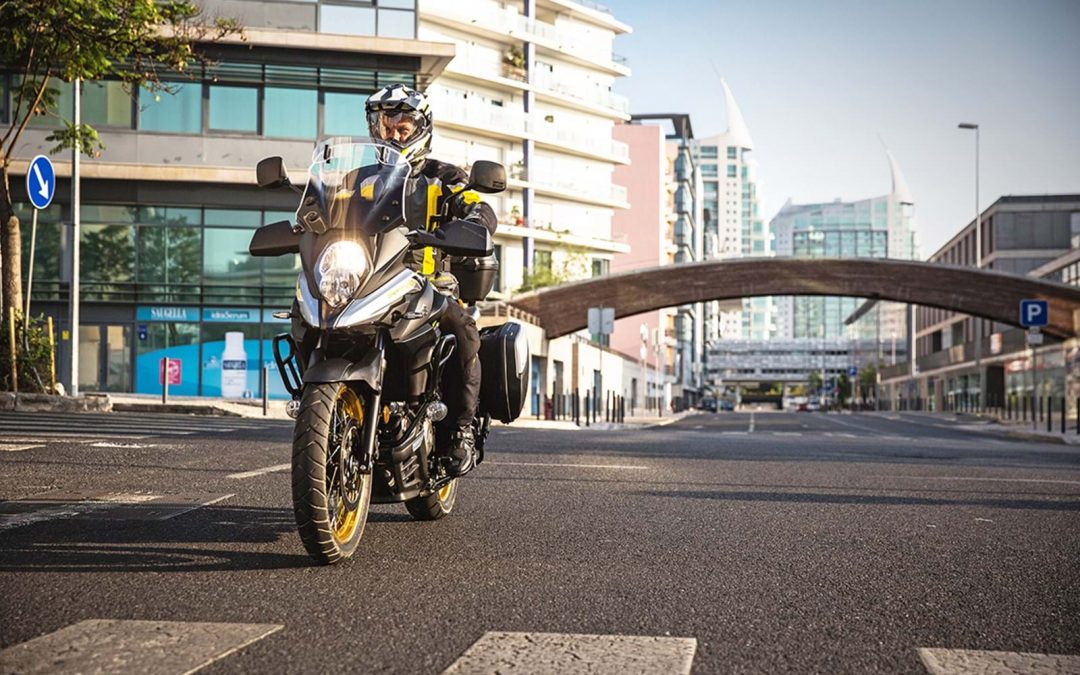 June 19 marks the start of Ride To Work Week; a week that aims to highlight the benefits of motorcycles, not only as a weekend plaything, but as a practical means of getting about and beating the rush hour traffic, while also enticing new people onto two wheels and out of the cars and off the trains and buses.

So what are the benefits, and why should you, if you don’t already, ride to work instead of jumping in the car or cramming onto the train?

The easiest case to argue is the time saved and the easing of congestion, were more people on bikes. A report from satnav manufacturer TomTom shows that congestion is 14% higher than it was six years ago, and that UK journey times took 29% longer last year than they would in free-flowing traffic, up from the 25% delay in 2010. Meanwhile, the INRIX 2015 Traffic Scorecard calculated that, in London, drivers wasted 101 hours per year in traffic.

Jump on a bike, however, and that problem goes away, with filtering helping reduce journey times back to nearer what they would be were there no traffic. Bikes can also help those who need to use a car or van for business. A separate study by Transport and Mobility Leuven on one of the most congested roads in Europe also found that if just 10% of drivers swapped to a powered two-wheeler, congestion was reduced for all road users by 40%. When 25% made the switch, it would be eradicated altogether. 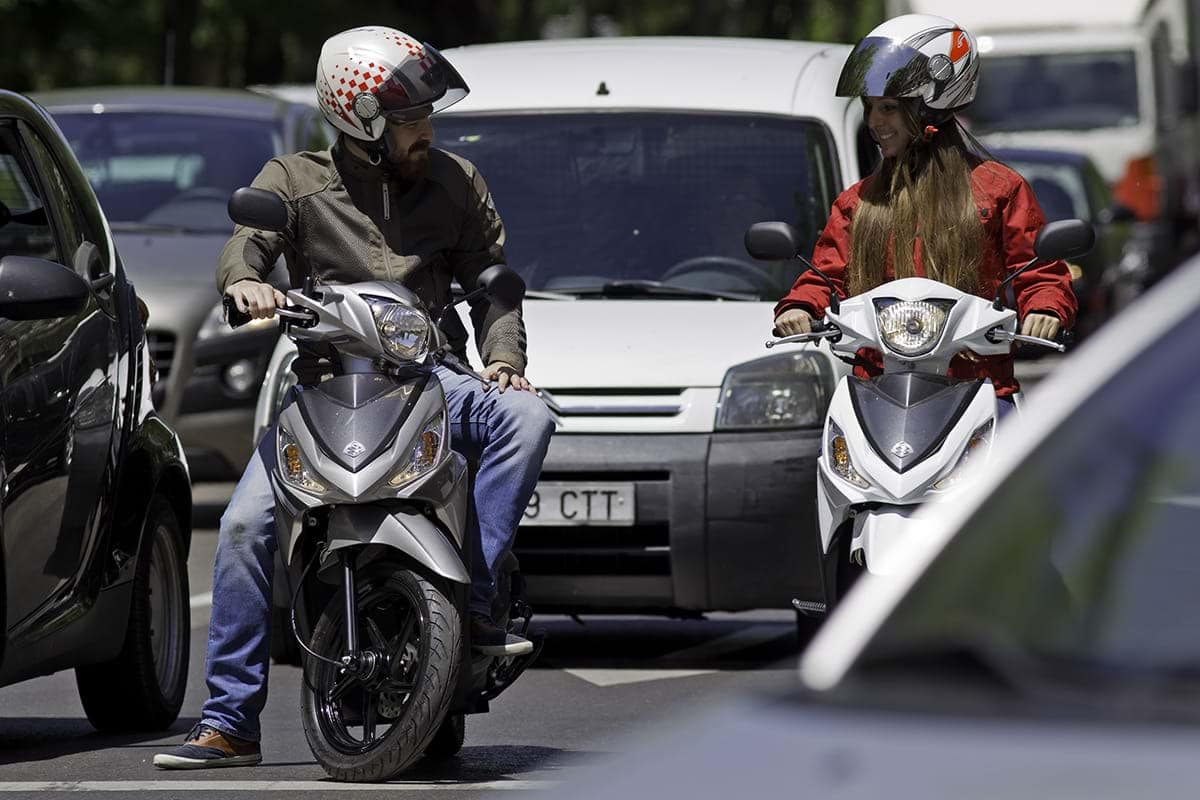 The case for time saved also extends to another benefit of motorcycling, and the ease of which bikes tend to park in town and city centres. Bikes are often afforded parking right in the middle of town, which means no lengthy walks from car parks. Or if it is a car park where you keep the bike during the day, be it council run or privately run, there’s normally a designated space for motorcycles, which means you don’t have to trawl the aisles looking for a spot.

Handily, the subject of parking helps move us onto another perk, and the money saved. Parking is often free for bikes, but the cost of ownership and the costs of running one is often less than cars or the cost of using public transport.

Insurance, especially on smaller machines such as Suzuki’s Burgman 200, Address 110, or VanVan 200, or even machines such as the SV650, is usually cheaper than cars, while bikes can be incredibly frugal too. The Address 110 boasts a fuel economy figure of 145mpg!

Low-rate finance deals also mean the cost of buying a bike is less than the monthly repayments on a car over the same mileage, or the annual costs of public transport. In fact, last year an annual Regional Travelcard in the West Midlands cost over £850 for the year. The total payments on a bike over the same period will be similar, or if a little more, and don’t forget you’ll have some equity in the bike. You don’t get to keep the bus…

You also won’t be crammed on it either, struggling to find a seat or being uncomfortably pressed into by fellow commuters. Probably more importantly though, you’ll be happier. Who wouldn’t rather flit around town on a bike rather than sit in stationary traffic or cram onto a train or bus? 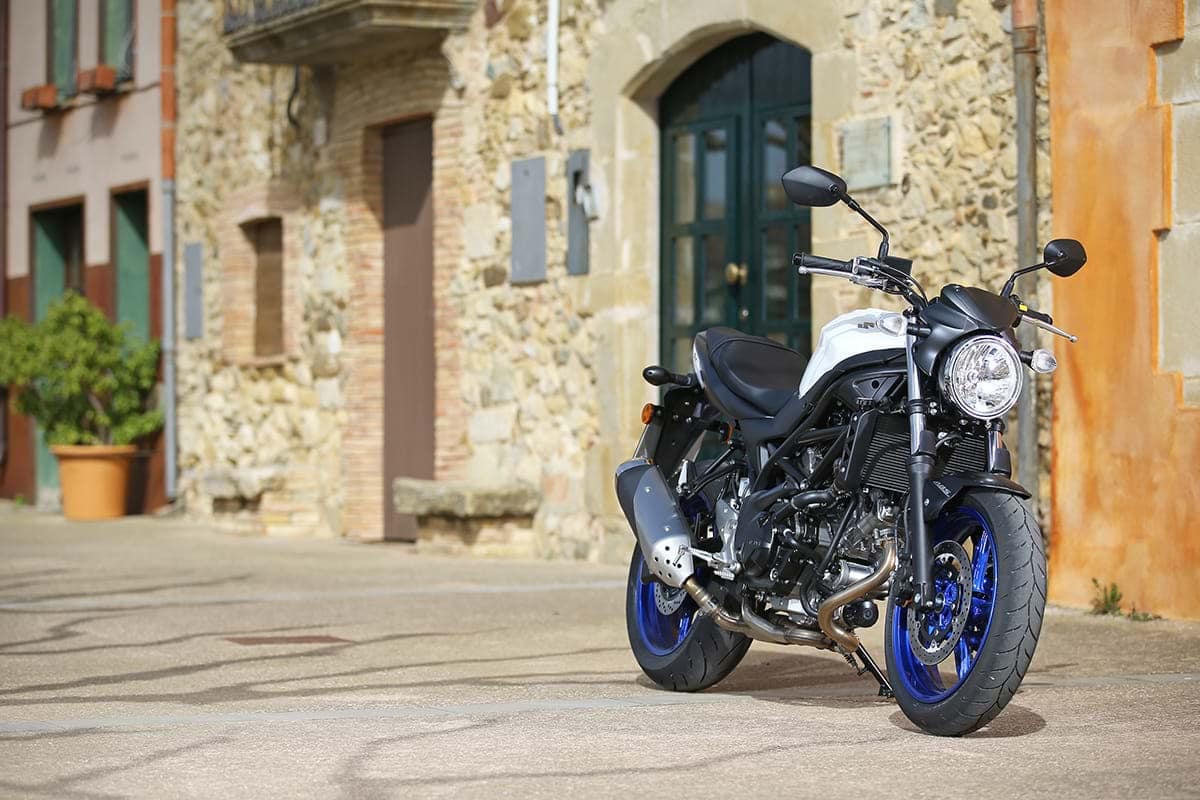 There’s some science behind it too. A survey by the Office for National Statistics released a one-off report in 2014 examining the impact of commuting patterns on people’s levels of anxiety, happiness, and satisfaction. They studied 30-minute journeys, and found there was no effect on levels of anxiety for those on motorcycles, while those in cars or on public transport had an adverse increase in some or all of the factors, measured after just 15 minutes.

Of course, there are the naysayers. Cries of how dangerous it is often greet the reasoned arguments for jumping on a motorcycle. But more motorcycles actually mean less casualties. The number of bikes on the road in the last 20 years has nearly doubled, but the number of fatalities has fell by around a third.

Motorcyclists tend to be more skilful road users, more aware of their surroundings. If more people switch to bikes, or ride there bikes to work, the risk factor decreases.

So there we have it. Commute by motorcycle, save money, save time, and be happy. And if the weather’s nice and you live out of town, don’t forget you can take the long way home too.