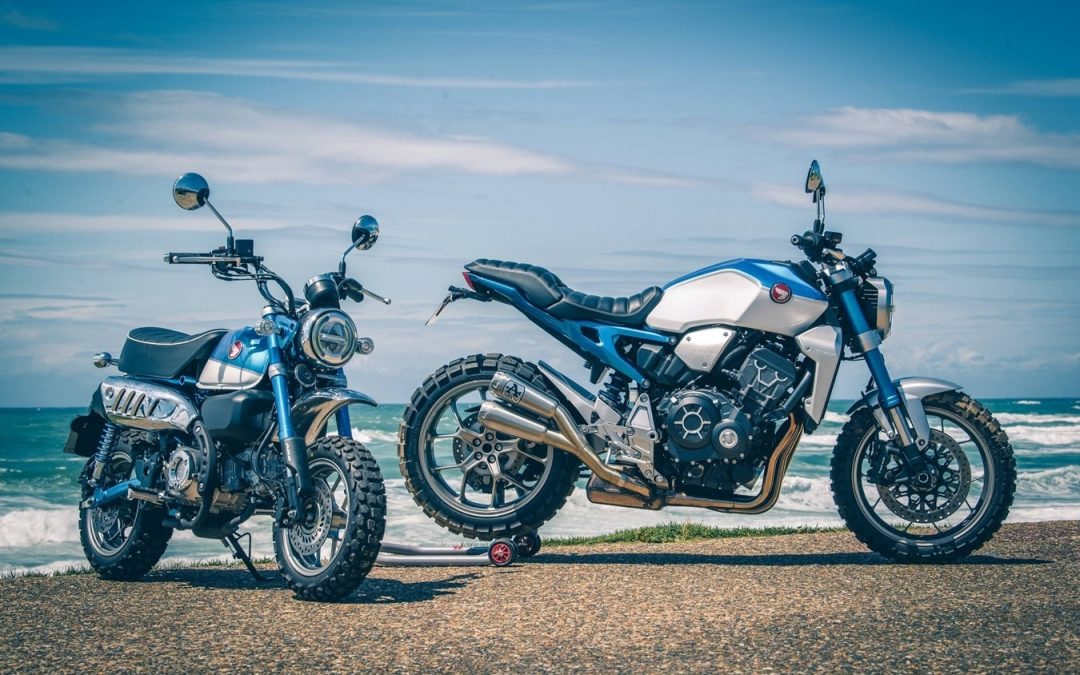 Honda Motor Europe this week returns to the Wheels & Waves festival on this, its 8th edition, to celebrate 50 years of Honda’s inline-four heritage, since the seminal CB750 first went on sale in 1969.

Now an International event with overseas editions in Japan and the United States, Wheels & Waves (W&W) is a custom bike show with a difference. Not just about bikes, W&W also celebrates surfing, skateboarding and amazing music all set to the stunning backdrop of Biarritz on France’s Basque coast.

50 years after the original superbike went on sale, Honda will celebrate its inline four CB heritage at W&W with a range of the best European customisations of its Neo Sport Café flagship, the CB1000R.

The twelve unique heart-stopping custom creations from Spain, France, Switzerland and Italy that explore the myriad custom possibilities for the CB1000R, will be joined on the Honda stand by an original 1969 Honda CB750, documenting 50 years of continued development and heritage of Honda’s inline fours.

In 1969, the Honda CB750 was a revelation. Pushing the boundaries at every level, not only was it the first mass produced inline-four 750cc motorcycle, but it was also the first motorcycle produced with an electric start and a disc brake as standard. Originally developed for the American market, with an ultra-competitive price point of only $1495, the CB750 set the tone for the next 50 years of motorcycling and is rightly heralded as the first ‘Superbike’.

Some of the highlights on the stand include three CB1000Rs from Honda Spain’s ‘Dream Garage’ dealer customisation contest. One of them, the ‘Alfredo’, a Freddie Spencer-inspired CB1000R from Hakuba Motos, also took part in the Punks Peak sprint race in the hills above Jaizkibel Hondaribia, which marks the start of the five day festival.

Switzerland are represented by two very different takes on the CB1000R. CB1000R-adical by Fuhrer Moto and Gannet Design – a full on, aggressive streetbike complete with bespoke camo paint by Walter Oberli and carbon wheels by Rotobox, was joined by the Africa Four CRF1000R – a merging of concepts and ideas from across Honda’s current range, complete with gold wheels, a CRF450R front end and unique HRC-themed paint scheme. 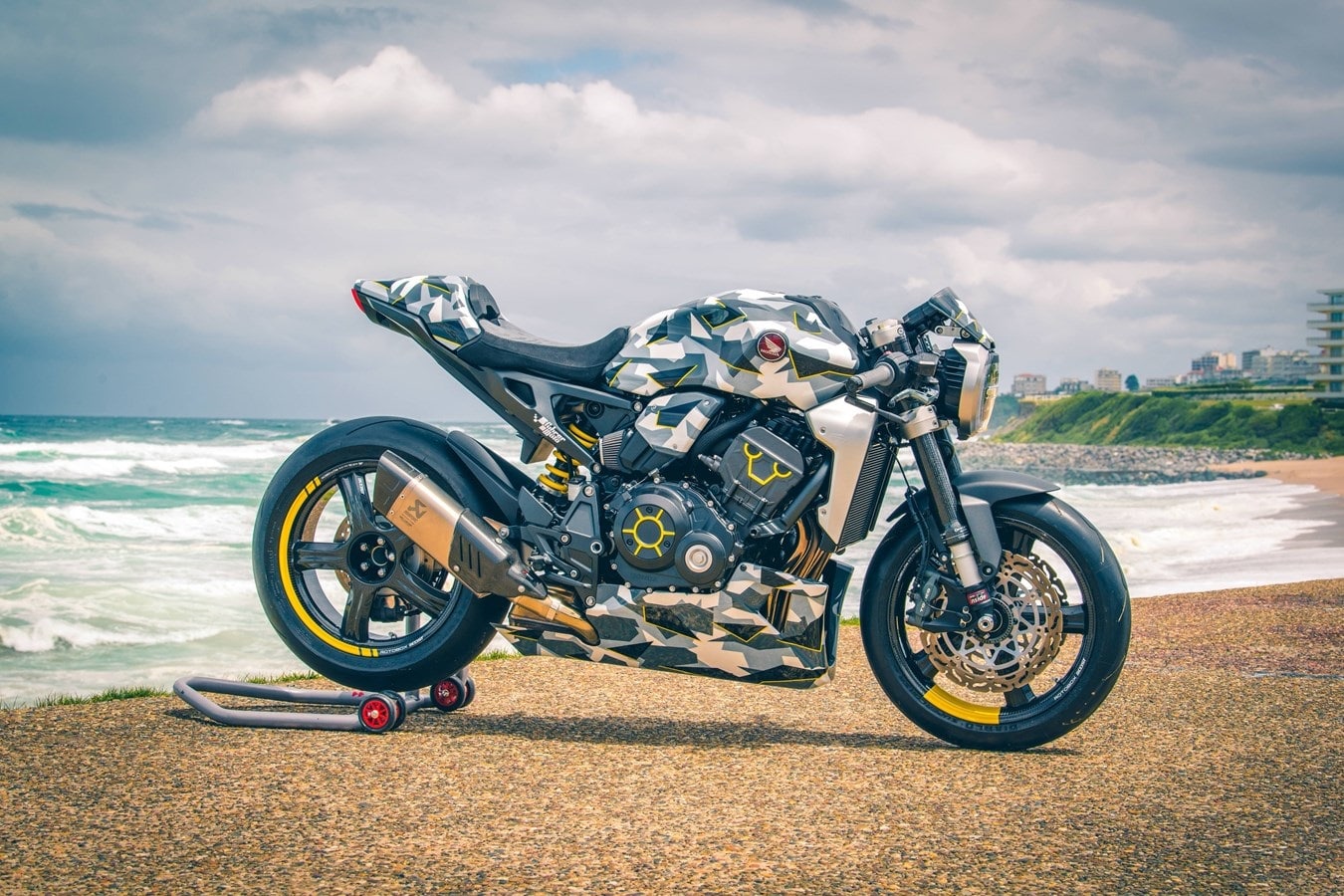 Honda Italy showcases three bikes in Biarritz, one of which, ‘The Tribute’ – a stunning golden CB1000R – was inspired by the original colours of the 1969 CB750. Four custom CB1000Rs from France complete the line-up, including a striking all black edition built by local Biarritz dealer 3C Motos.

For details and photos of the twelve CB1000Rs on display, visit http://www.hondanews.eu.