Honda Motor Europe is pleased to announce the latest updates to its ‘2021 year model’ European scooter and motorcycle range.

Updates to six key models – and one new model name – span the Honda product worlds of commuter, adventure and roadster, and follow updates already announced to eleven other machines*, as Honda continues to expand its uniquely broad and diverse range to offer a powered two wheeler for riders of all ages, experience and riding style. 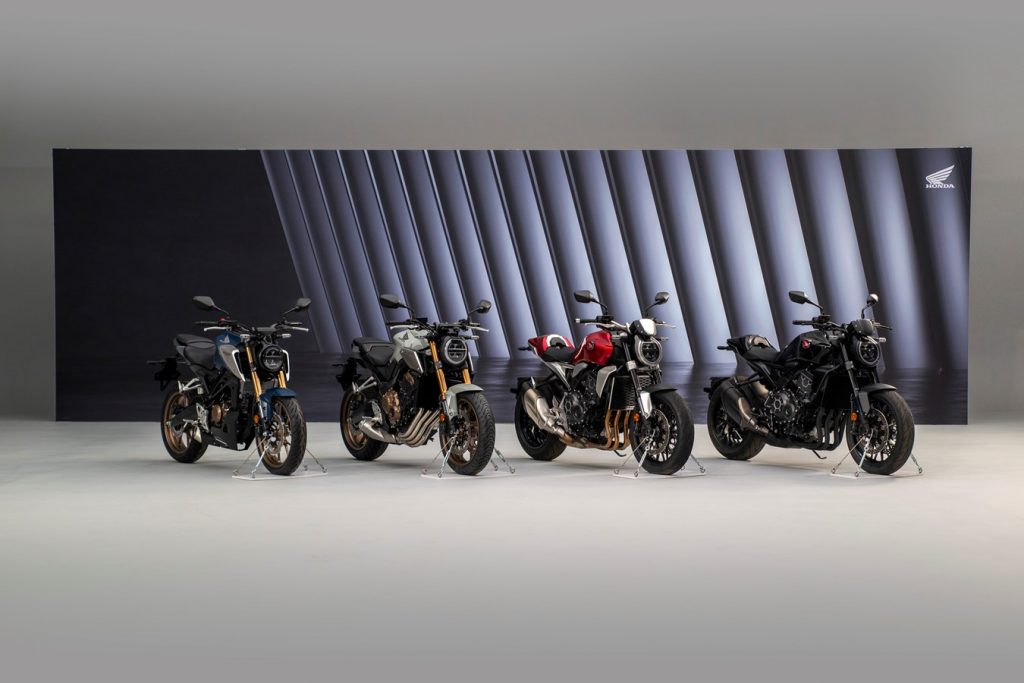 A new more powerful 350cc eSP+ engine sees the SH350i replace the SH300i at the head of the SH family. In addition to the extra capacity, improvements to both breathing and cooling bring even sharper acceleration and class-leading top end power.

At the other end of the SH range, the stylish entry level SH Mode is powered by a new, more powerful eSP+ engine for 2021, capable of delivering outstanding fuel economy of 47.6km/l, which sits in a new, lighter frame.

Following the new colour schemes announced earlier this year for the CB500X and CRF1000L Africa Twin, the other two Honda machines in Europe’s top ten best-selling ‘on-off’ motorcycles – the NC750X and X-ADV – receive comprehensive updates for 2021.

Peak power of the liquid cooled 750cc parallel twin engine rises to 43kW, with a 600rpm increase to the redline. A 6kg weight reduction and shorter ratios for the first three gears add further to a sportier feel, as do sharper design lines and smaller fairings.

Three default (and one user-programmed) riding modes operate through Throttle by Wire and allow the rider to adjust the engine’s character and responses, with each mode (‘Sport’, ‘Rain’ and ‘Standard’) linked to relevant Dual Clutch Transmission shifting patterns.

With its rugged styling and adventurous spirit, the X-ADV has forged a unique space within the motorcycling landscape since its arrival in 2017. For 2021, the X-ADV receives a major update with improvements to engine and chassis coupled with a sharper new look and new technologies.

The X-ADV shares many of the NC750X’s updates, with a sportier ride from a 3kW power increase (to 43kW), optimised gear ratios, reworked frame and 3kg weight reduction, plus enhanced technology in the shape of new rider modes operating through Throttle by Wire, and refinements to the Dual Clutch Transmission and Honda Selectable Torque Control settings.

The X-ADV will also feature the new Honda Smartphone Voice Control system as standard. The technology – that first appeared on the new Forza 750 – allows riders to use handlebar switches and (via a headset) voice commands to control important functions of their Smartphone, including calls, navigation, music and messaging, via a bespoke app. All information is shown on the new 5 inch TFT screen.

The Neo Sports Café range brought a fresh identity to Honda’s naked motorcycle line-up in 2017, with a unique mix of café racer inspiration and a forward-looking ultra-minimalist look.

Following the upgrades already announced for the CB650R middleweight, two more members of the family are now significantly revised for 2021. 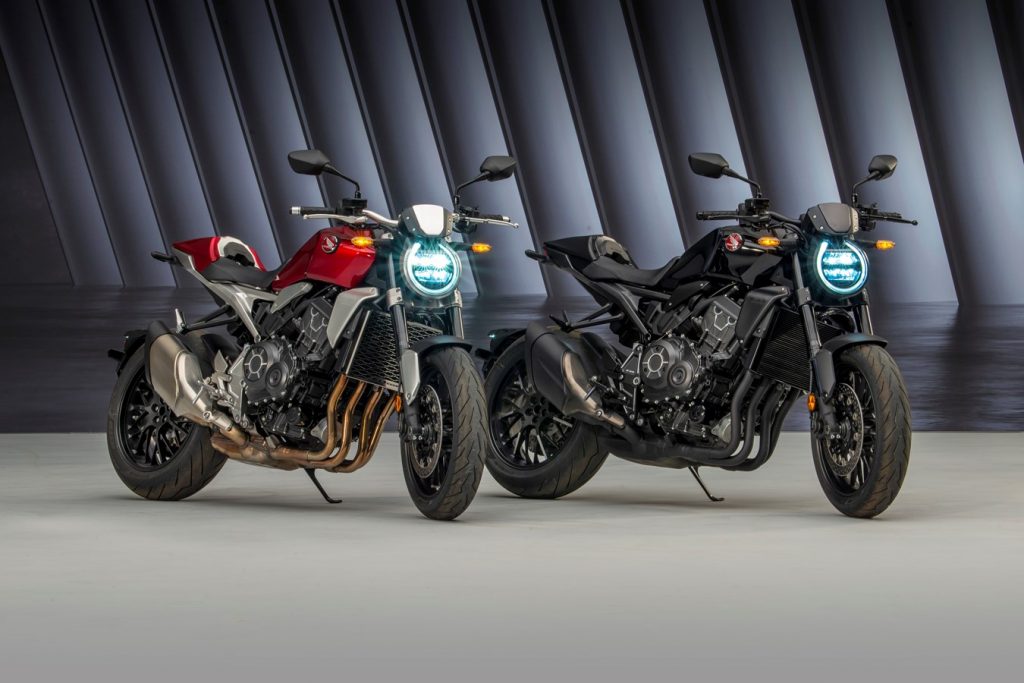 The flagship of the Neo Sports Café range, the CB1000R, is updated with new, even more minimalist and purposeful ‘hunched forward’ styling. The signature round headlight, now housed in a teardrop-shaped surround, is now angled backwards, sending the eye back past the smaller side shrouds to the redesigned upward-slanting rear subframe. Intricately-crafted new seven spoke wheels add further aesthetic depth.

The 2021 CB125R features a new 4 valve liquid-cooled engine, which now delivers the maximum 11kW for the A1 licence category, and an extra 1.2Nm torque. In a world’s first for a 125cc motorcycle, the CB125R is now fitted with Showa’s ‘Separate Function front fork Big Piston’ (SFF-BP) USD forks as standard, further elevating a top level spec sheet that includes LED lights, LCD display and ABS system operating through an IMU, with 296mm floating front disc held by a radial mounted 4-piston caliper.