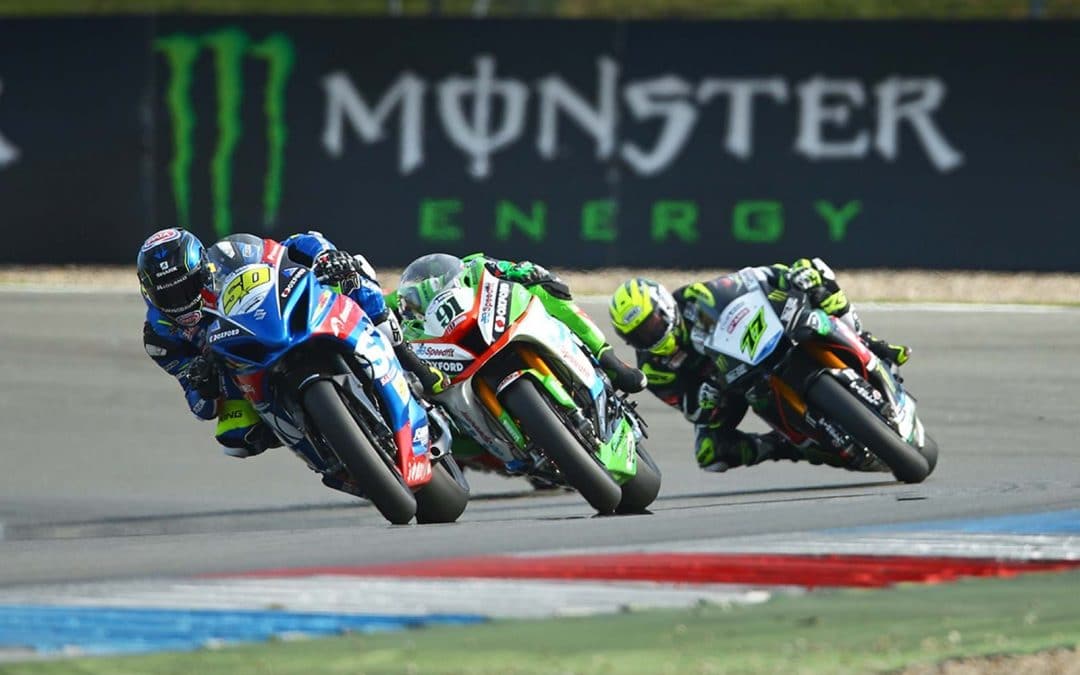 Sylvain Guintoli and the Bennetts Suzuki team took victory today at Assen, winning the second race at round 11 of the MCE British Superbike championship.

It was the first victory for the team with the all-new GSX-R1000 in the British Superbike championship this season, highlighting the progress that has been made with the bike’s development.

Guintoli started from the front row of the grid for race two, but after getting boxed-in off the start dropped back into the pack. However, he pushed his way through to third, and began hunting down the leading pair before taking the lead.

Part of a five-rider battle for the win, the Frenchman eventually pulled clear with two laps to go, taking a hard-fought victory.
The win came after he narrowly missed out on the podium in race one, again after leading much of the race. He took fourth at the flag, but the results further demonstrate the ongoing development of the new GSX-R1000. 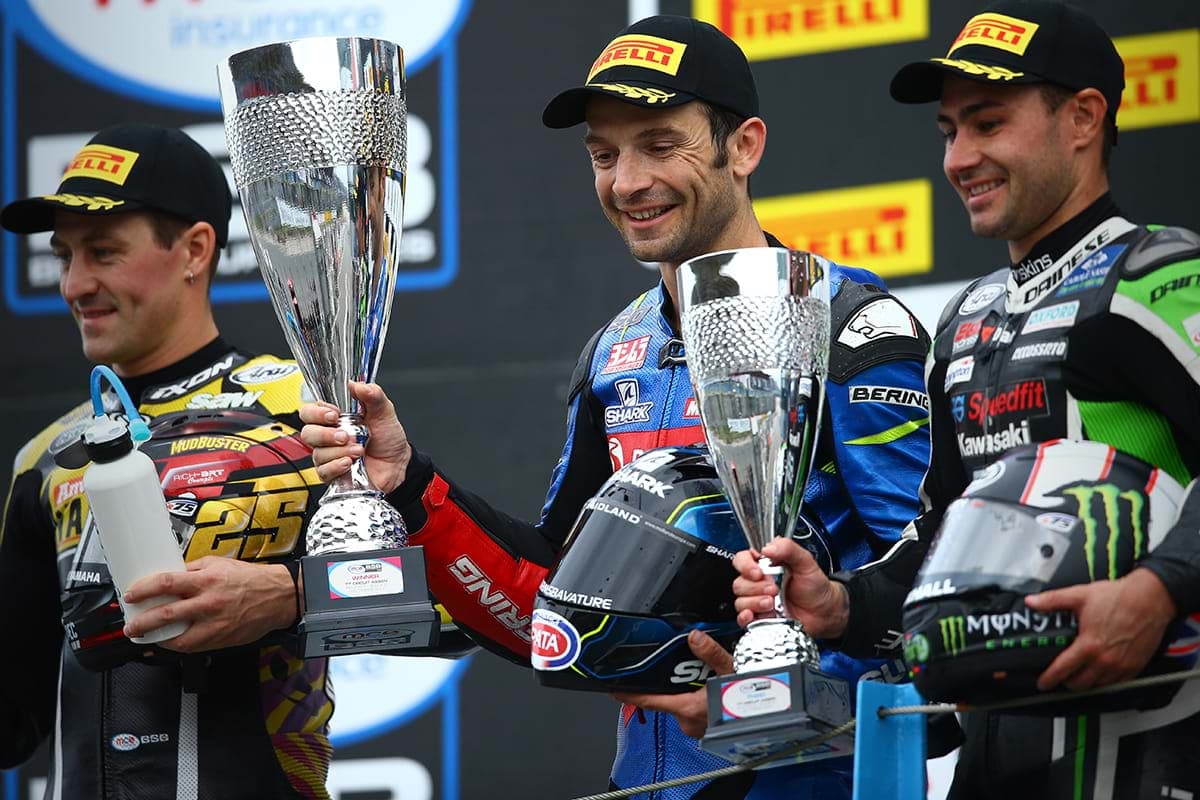 Sylvain Guintoli, “It means a lot, this first victory. I felt good right away this weekend. We’ve improved the bike a lot in recent rounds, also in the wet, too, which is somewhere we’ve struggled before. But in the dry, we’ve really improved. We worked step-by-step, we’re also running a different swingarm now, and we were able to have two good races. I enjoyed them a lot; there was lots of fighting and people diving underneath each other, I’d never seen some of the types of passing we saw today. But it was all safe and a lot of fun.

“We were unlucky to miss the podium in race one but in race two I felt really strong. I took it easy at the start, just to try and save a bit of tyre, but then we were able to attack and get the win. We knew we had to develop the bike this year, but sometimes people want things right away. But it wasn’t going to happen in a championship this competitive, but we’re making steps and this shows that the bike is improving.” 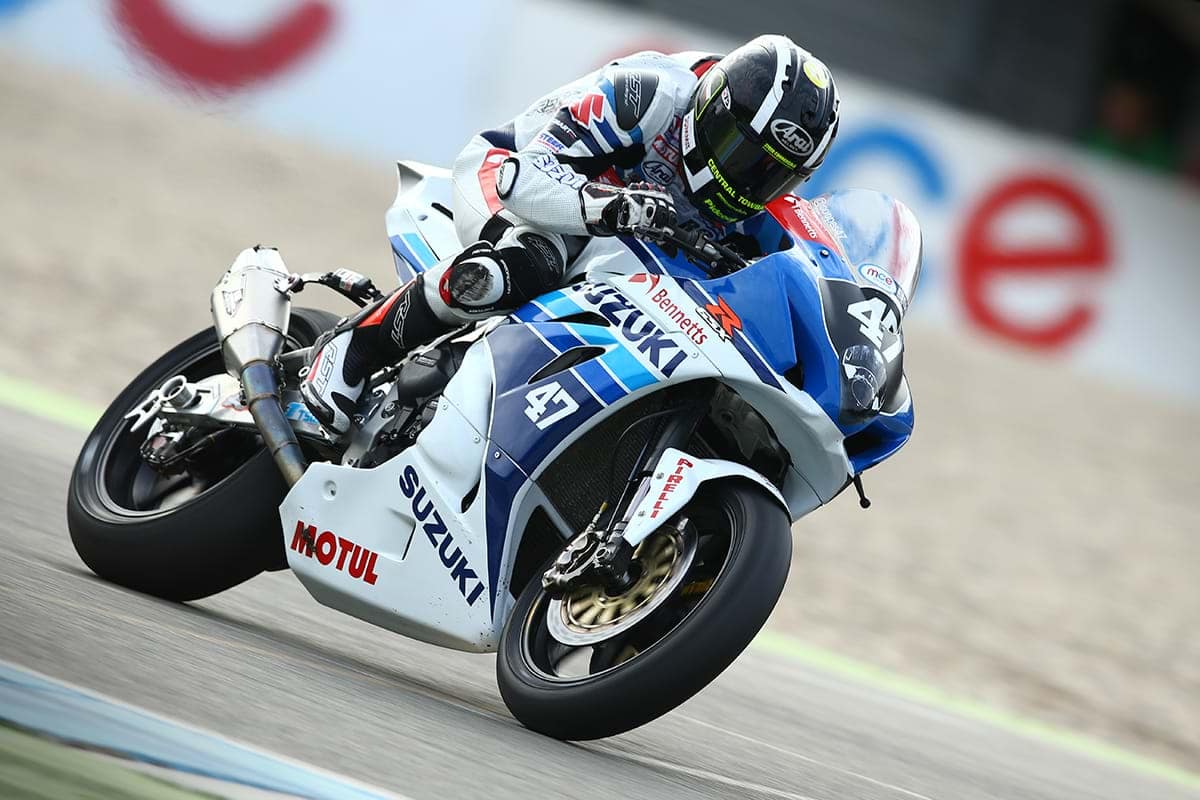 Richard Cooper, making a wildcard appearance in the Superbike class on a Bennetts Suzuki GSX-R1000 dressed in a special, retro Suzuki livery, had a difficult qualifying to start 18th, but took two solid points-scoring finishes and made big progress with his setup and pace on the Superbike.

In race one, after dropping as low as 22nd, the National Superstock 1000 championship challenger progressed through the field to finish 13th, before improving to 11th in race two.

Richard Cooper, “I’m pretty happy with this weekend. We achieved two good results; especially when you consider how far back we were on the first lap of race one. But the bike was working well and was happy to come through to 13th. For race two we made some big changes to the bike; we were only here for one weekend so we wanted to try and make a big step for race two, and I think we did, so I can’t thank the team enough for their hard work. To be fighting for the top-10 in this class, at this stage of the season, with a one-off ride, I’m happy with that.”