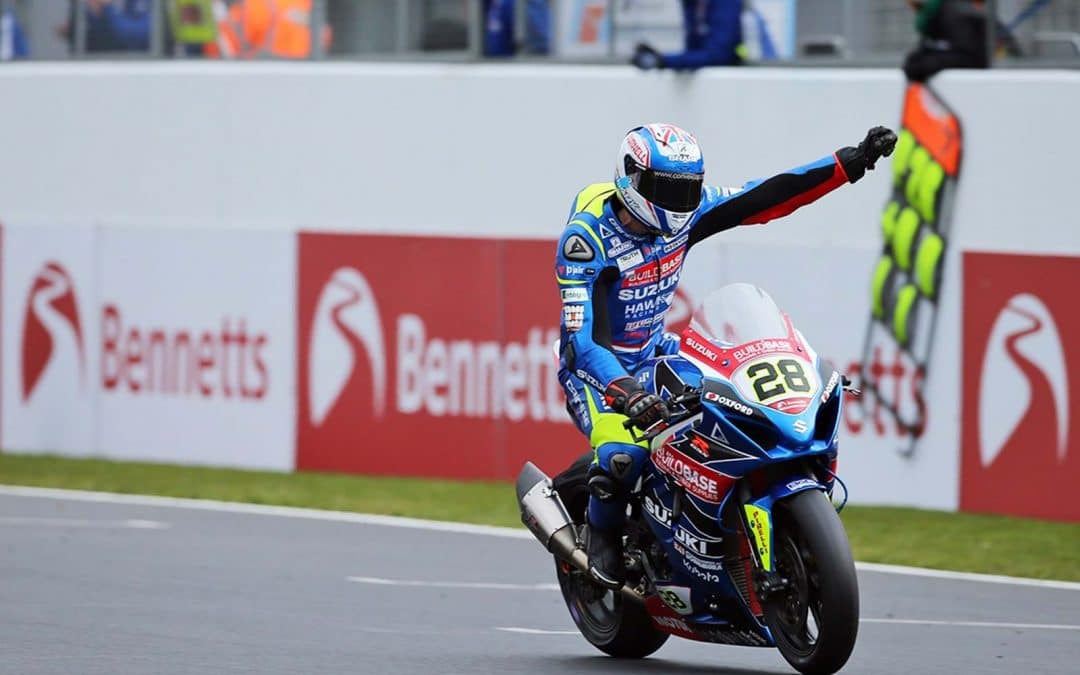 The new GSX-R1000 dominated the opening race-day at Donington Park for round one of the Bennetts British Superbike Championship, with Buildbase Suzuki’s Billy McConnell winning both halves of the two-part National Superstock 1000 race, before Brad Ray won the season’s opening superbike race.

McConnell took the chequered flag in part one with a comfortable margin, and was pulling away at the front in part two when the red flags came out to bring proceedings to an early end. It gave McConnell the overall win and some healthy additional championship points to add to his season’s tally. 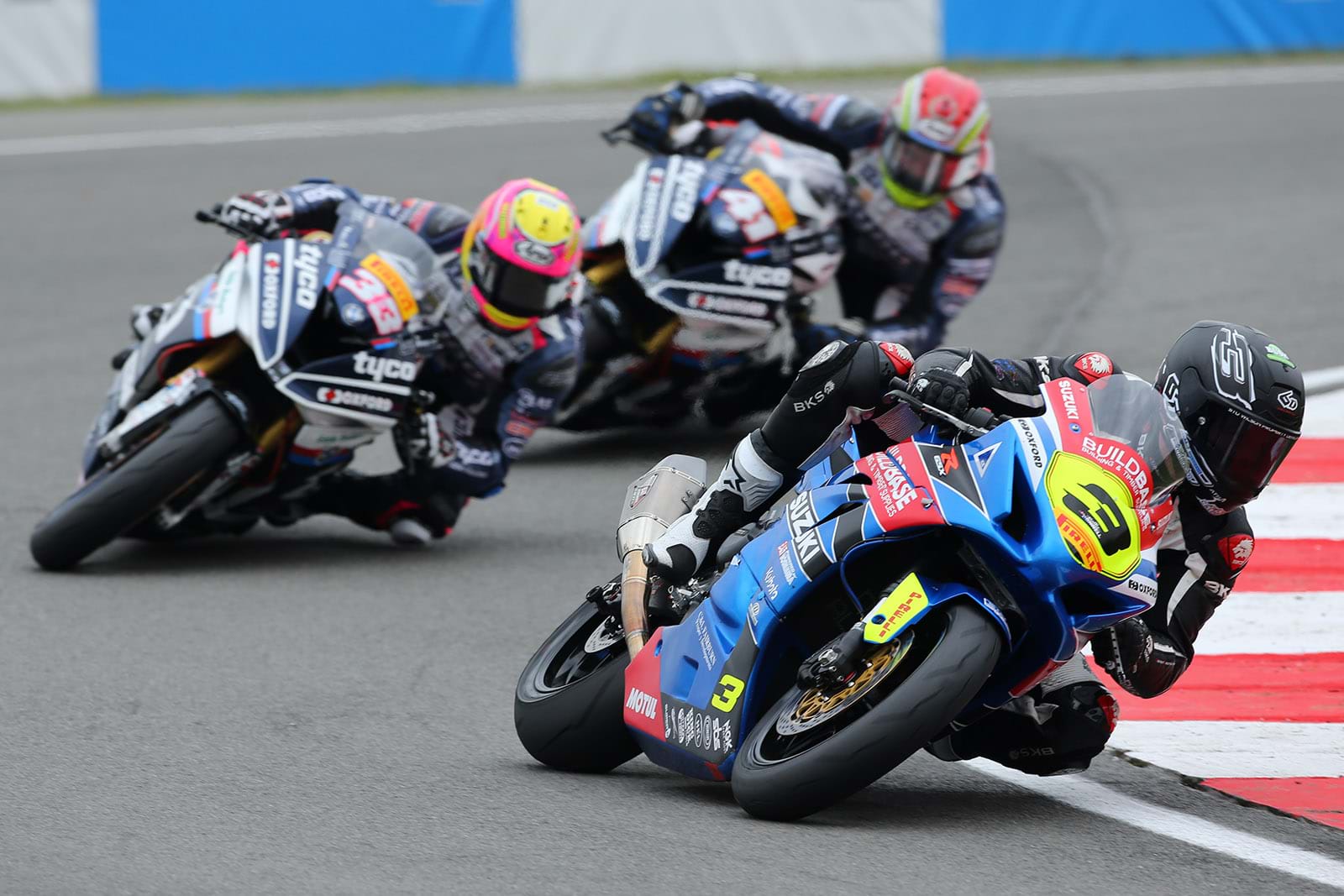 With inclement weather plaguing the weekend, the decision was made to bring the opening superbike race forward to Sunday afternoon, and while cold, it got underway in dry conditions.

Ray, starting from seventh on the grid, shot off the line to take third into Redgate. He then made his way past Leon Haslam for second, and a few laps later he past James Ellison for the race lead.

From there he was never headed, and pulled out a healthy advantage at the front. A late charge from Ellison and a resurgent Shane Byrne meant he had to defend on the last lap, but he held on to take the win, making it a dominant opening day for the team and the GSX-R1000. 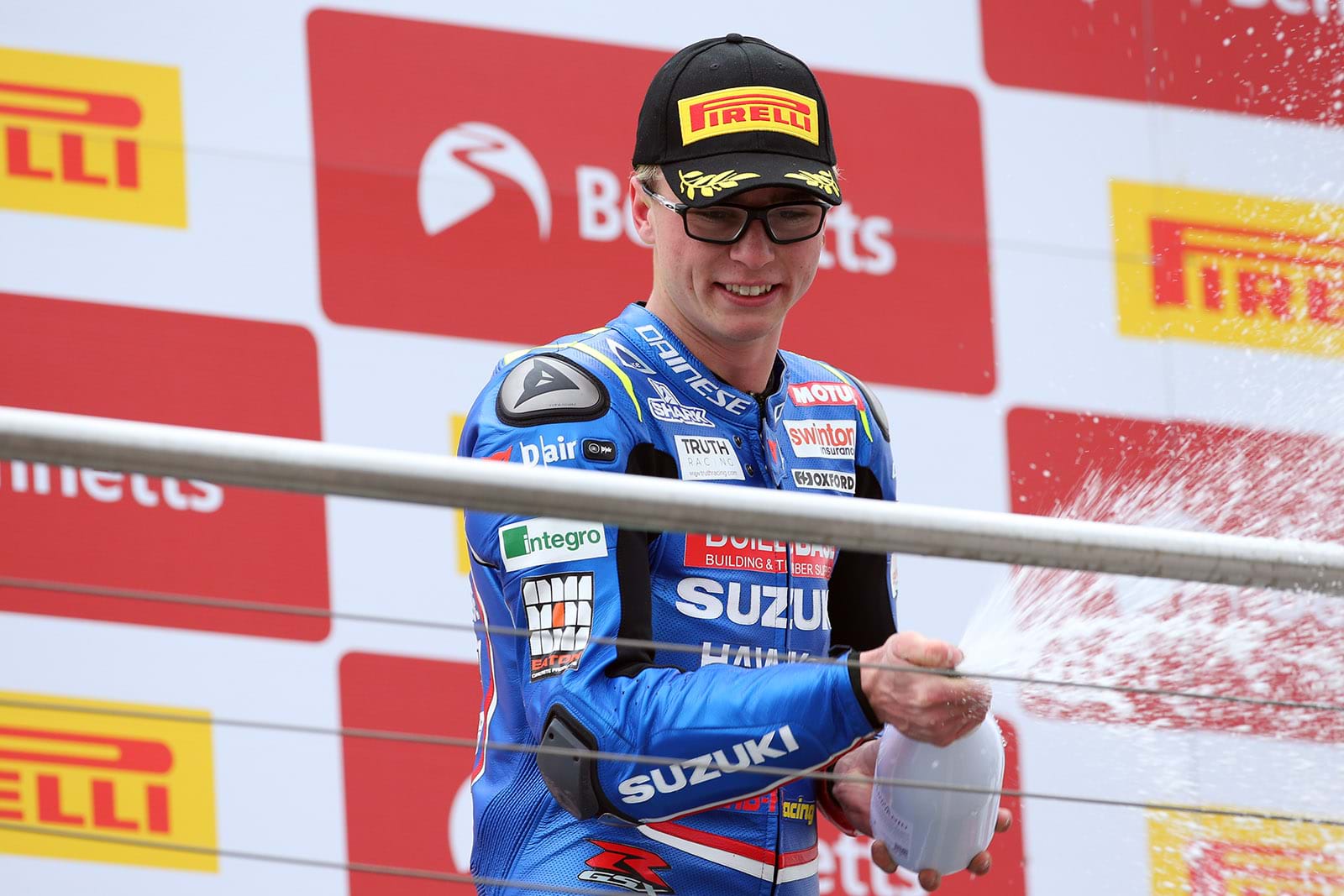 His teammate, Richard Cooper, had shown strong pace in practice as he finds his feet, returning to the British Superbike class for 2018. He battled inside the points for much of the race, but took the chequered flag in 16th in what was a tricky race for the former BSB race-winner. With weather warnings in place, track action today [Sunday 2 April] has been delayed, with race two set to start at 16:30.