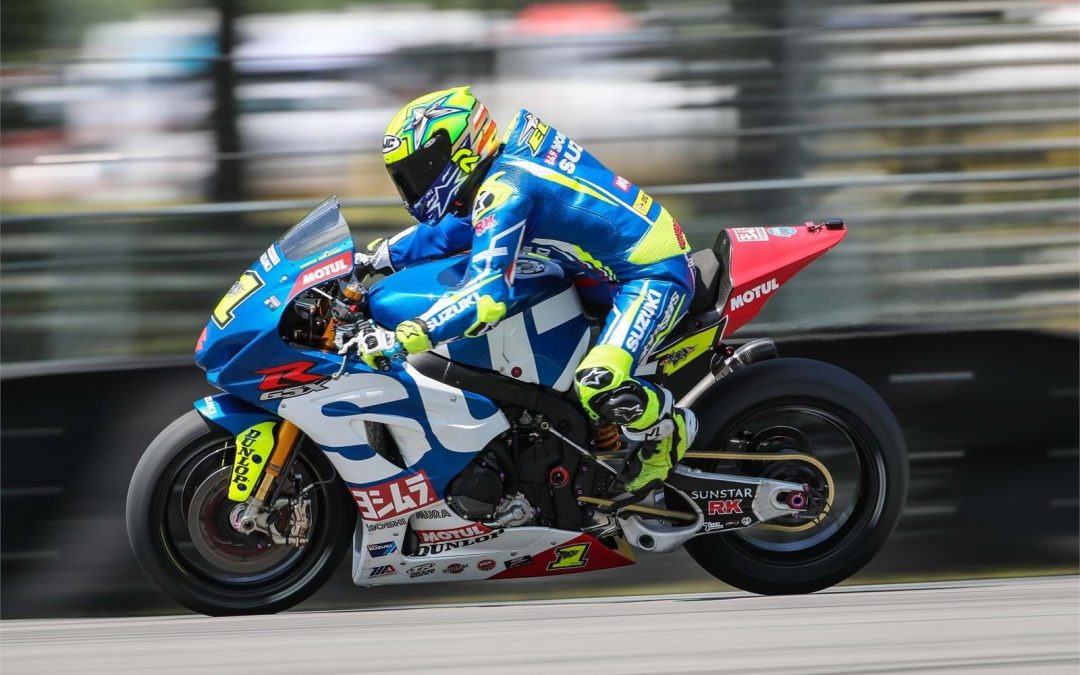 Yoshimura Suzuki’s Toni Elias dominated the weekend’s MotoAmerica round at Virginia International Raceway, winning both races onboard his GSX-R1000.

Elias, coming off the back of a double at the previous round at Road Atlanta, also earned the distinction of becoming the fastest rider to achieve 20 wins in the series, and put Suzuki one win away from its 200th win in MotoAmerica / AMA Superbike.

There were two different approaches to the race wins for Elias, with the former MotoGP race winner shadowing the leader in race one before snatching victory with two laps remaining, before going on to lead race two from start to finish.

He said, “VIR has not always been the best track for me. In the first race I just tried to stay close to Cameron [Beaubier] and in the end I was able to find a way to pass.

“In race two I was leading all the way. It was a different strategy, but it worked, and we were able to win again and most importantly build on our points lead.

“This was again credit to my Yoshimura Suzuki crew. Everyone worked so hard to improve our performance at this track and it worked perfectly.”