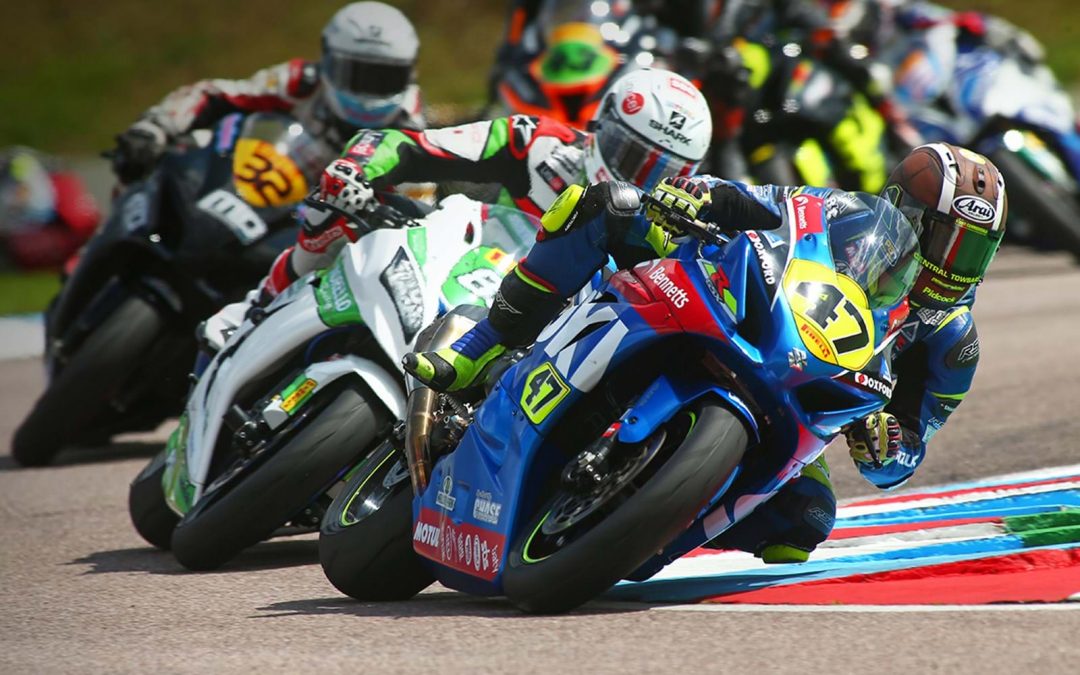 Bennetts Suzuki’s Richard Cooper added another win to his season’s tally at Thruxton and the seventh round of the MCE British Superbike championship, while teammate Sylvain Guintoli took a solid eighth placed finish on his first visit to the circuit.

Cooper, who finished second in Saturday’s race, went one better onboard his GSX-R1000 in Sunday’s race, to take the win and reduce his deficit at the top of championship standings. However, celebrations were muted, following a crash that brought out the red flags and an early end to the race.

In the two British Superbike races, Sylvain Guintoli and the team made more progress with the new GSX-R1000 at a track new to the Frenchman this season. The former World Superbike champion finished 10th in race one, before improving to eighth in race two, knocking over half a second off his lap times to highlight the steps the team is making.

His teammate, Taylor Mackenzie, finished 13th in the first race after a mistake on the final lap, dropping him down from 11th, before missing race two due to a technical issue before the sighting lap. Michael Dunlop used the weekend to gain more track time on his GSX-R1000 superbike ahead of the Ulster Grand Prix, but retired from race one before sitting out race two. 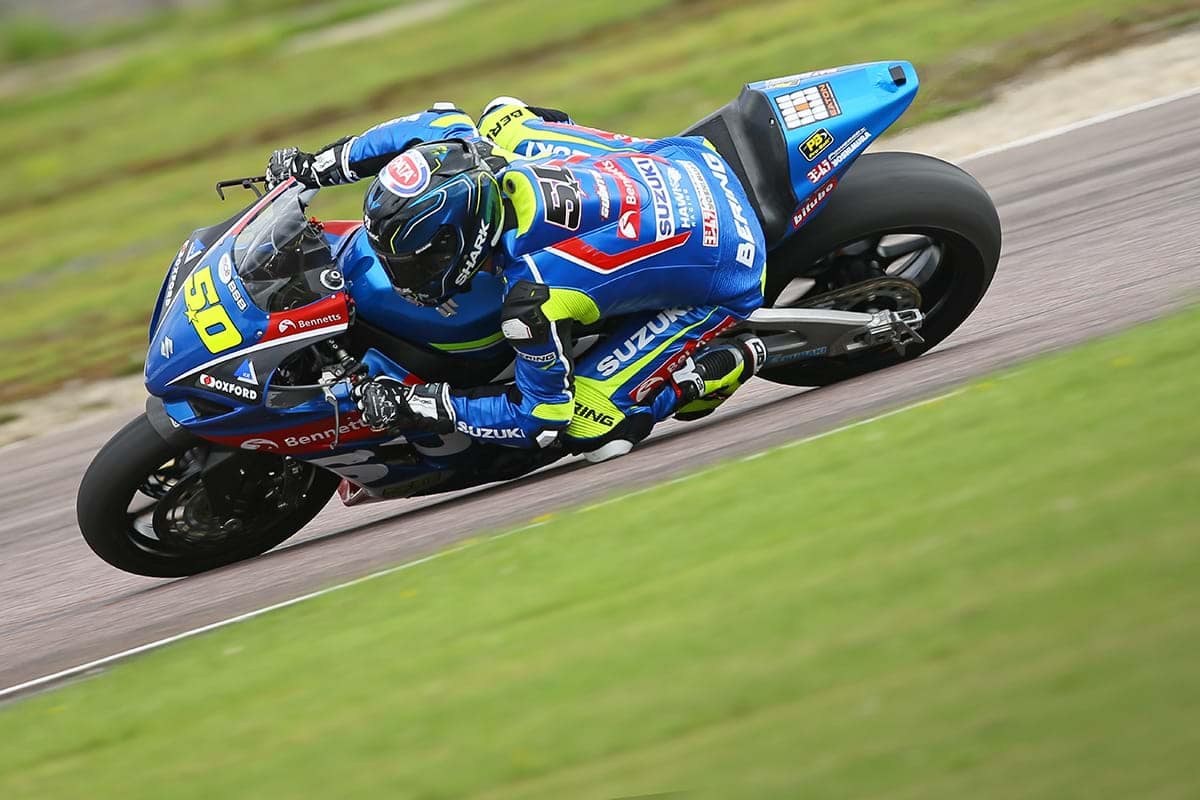 Richard Cooper, “It was good to go one better in race two and get the win, and also take a few more points away from Danny [Buchan]. The bike was working well all weekend. We had really good pace, and really I’d have liked to have won both races this weekend because I think we could have. But on the whole, it’s been a good weekend. However, thoughts are with the family of Mark Fincham after the sad news we all received after the race.”

Sylvain Guintoli, “It was my first visit to Thruxton and it’s a very different place, different type of track, even from other British tracks. It’s very fast and bumpy, with lots of sliding and spinning. It was a different experience for me, also coming back from the Suzuka 8-Hour. But I adjusted quickly and learned the track quite well, and we made good progress this weekend. We started quite far down the grid in each race but were able to make up some positions. Our pace was not such that we could race at the very front but we improved our lap times and will continued to work and develop the bike try and end the seasons strongly.” 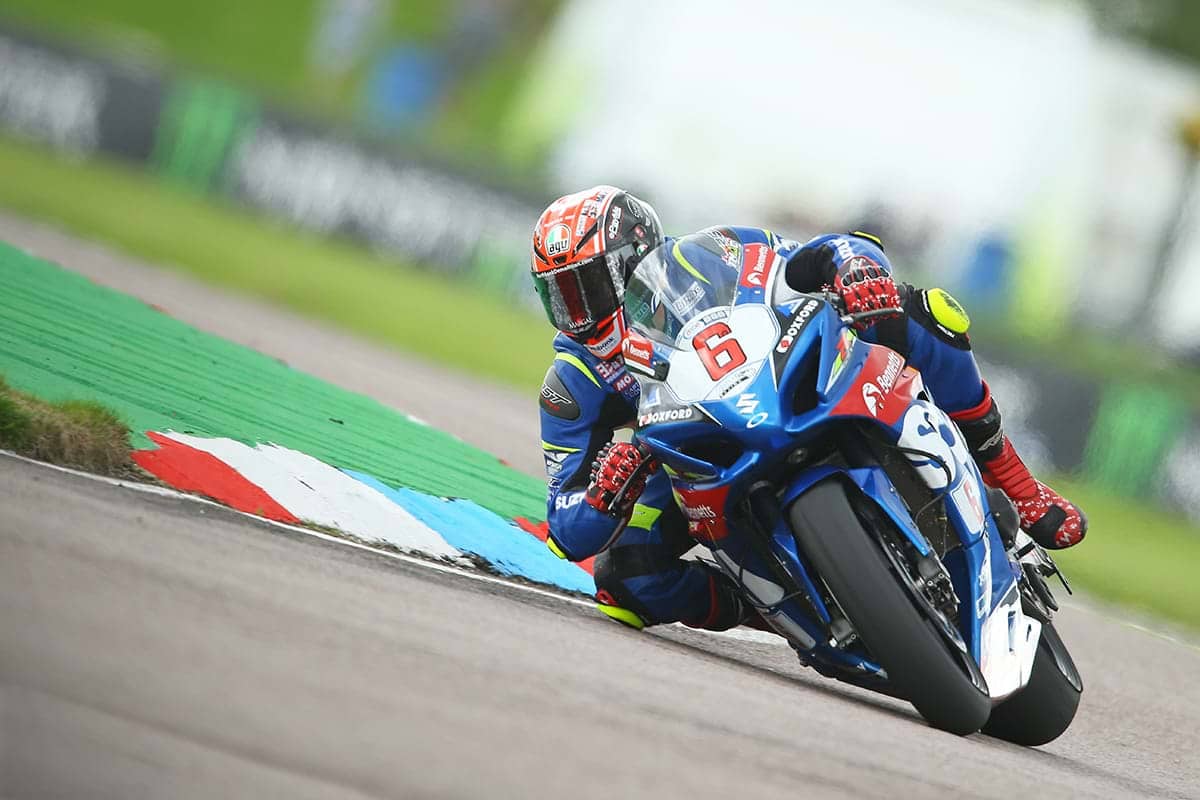 Taylor Mackenzie, “It was quite a positive race one. From 18th on the grid I would have been happy with 11th. I got mugged on the last lap after a mistake and 13th reads a lot worse, but 11th would have been a decent result. The hope was to then push on again in race two and get a good result in the bag and get into the top-10. But again, we’ve had some bad luck with an issue just before we went out that the team will now go away and look at and find out what caused it. We just need a break because we know the potential is there.”

Team manager, Steve Hicken, “It’s been a more positive weekend for the team, on the whole. Cooper rode really hard. To be honest, I think he could have won Saturday’s race, but he went out there today and winning was all he’d have been happy with, and we’ve taken some more points out of Danny [Buchan] at the top of the championship. But, of course, it was in circumstances that no one wants to see, and all of our thoughts are with the family of Mark Fincham tonight.

“In Superbike, it’s been better, too. With Sylvain, our pace improved all weekend and they’re two solid results. It’s still not where we want to be, but we made some steps in the right direction again this weekend, improved our lap times, and learned more about the bike. Taylor had good race pace and it should have been 11th in race one before his mistake. In race two, we had an issue before the sighting lap and unfortunately he didn’t make the start. But his race pace was good this weekend.

“For Michael, this weekend was all about keeping sharp and keeping up to speed on the bike before the Ulster, and a chance to spend more time learning and developing before the Ulster next week.”