The two-part race, which was a support race for the sixth round of the World Superbike Championship, saw Cooper battle at the front for the opening half, as he, along with Danny Buchan, escaped the chasing pack. With four laps to go before the pit-stop, Cooper hit the front at the Esses, but a mistake into the Melbourne Loop allowed Buchan to close in on him, before another mistake into Goddards saw him surrender his race lead.

Another attempt into the Esses on the final lap saw Cooper take the lead again, but he was re-passed into the Melbourne Loop and was unable to mount another attack into Goddards, crossing the line in second place.

Some machine tweaks were made for the second half of the race in an attempt to improve edge grip. Cooper again got away with the leading group, but a near-highside – that saw him take out the screen of his GSX-R – cost him valuable time and dropped him to fourth. He recovered to second, but by which time the gap to the lead was too big to bridge, and he settled for second place. 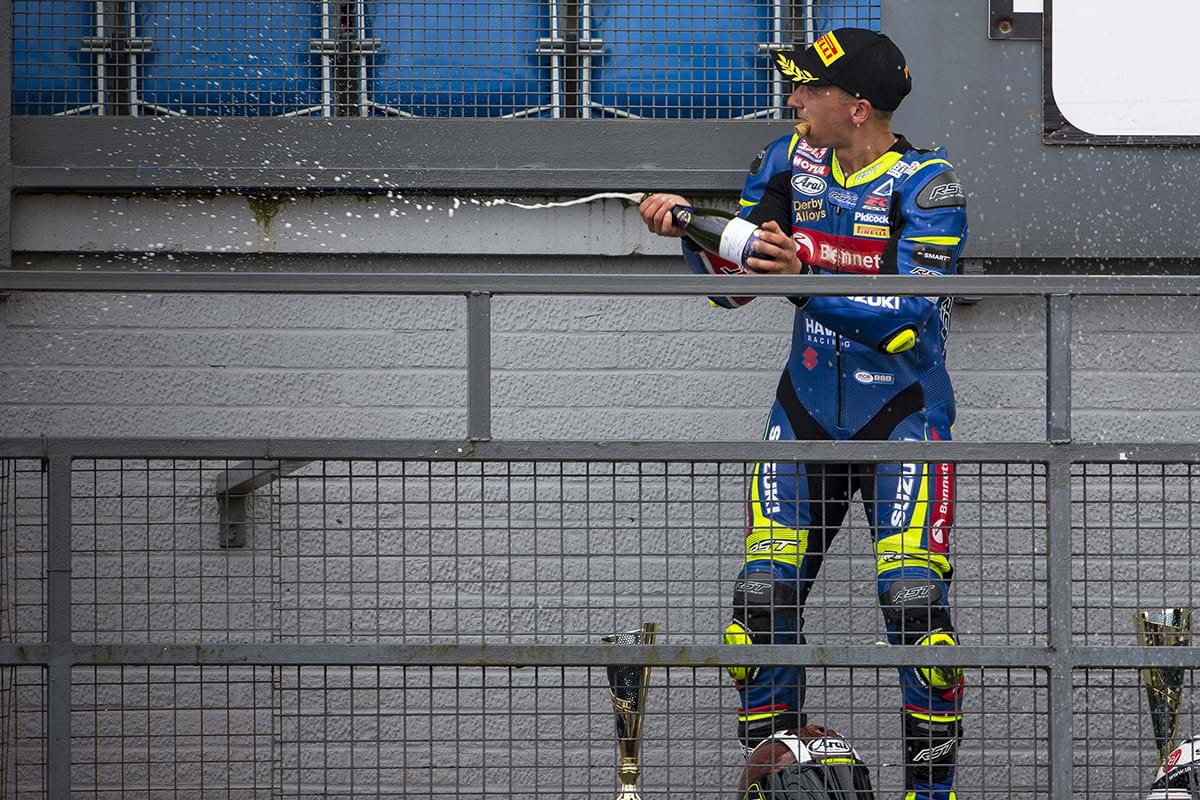 Richard Cooper, “I’m a little deflated to be honest. We put a plan together as a team and it should have worked really. I felt comfortable behind Danny [Buchan] in the first part of the race and I knew where I was strong. With four laps to go I decided to go for the lead and thought I could pull away enough for the win, but I made mistakes that allowed him back passed and didn’t execute the plan as I’d hoped.

“In the second half the highside cost me time and positions, and I took out the screen in the process. I got back up to second but Danny had already got away. I was disappointed with the way it went in the end. I felt we could have won it, and they say you can’t win them all but I want to. We’ve got a fight on this year if we want to win the championship and we can’t afford to have an off weekend. We’ll get out on the bike before Knockhill and keep working.”

Steve Hicken – team manager, “We’re disappointed with the result today, but that shows we know where we can be and where we should be; it’s good to be disappointed with second place. We had a plan for the race, and it looked like we’d got it right in the first part, but unfortunately Cooper made a couple of little errors and they cost us the win. But that’s sometimes how it goes and he’ll be giving himself a harder time than we can.

“We changed the bike a bit for the second part to try and find a bit more edge grip, and the changes probably didn’t have the effect we were looking for. But it’s another podium and we’re still at the sharp end of the championship. We’ll keep working and keep improving the bike and go again at Knockhill.”

The Bennetts Suzuki team’s attention now turns to the Isle of Man TT races, with Michael Dunlop aiming to add to his win tally with the all-new GSX-R1000.