Buildbase Suzuki dominant at Donington as Ray does the double 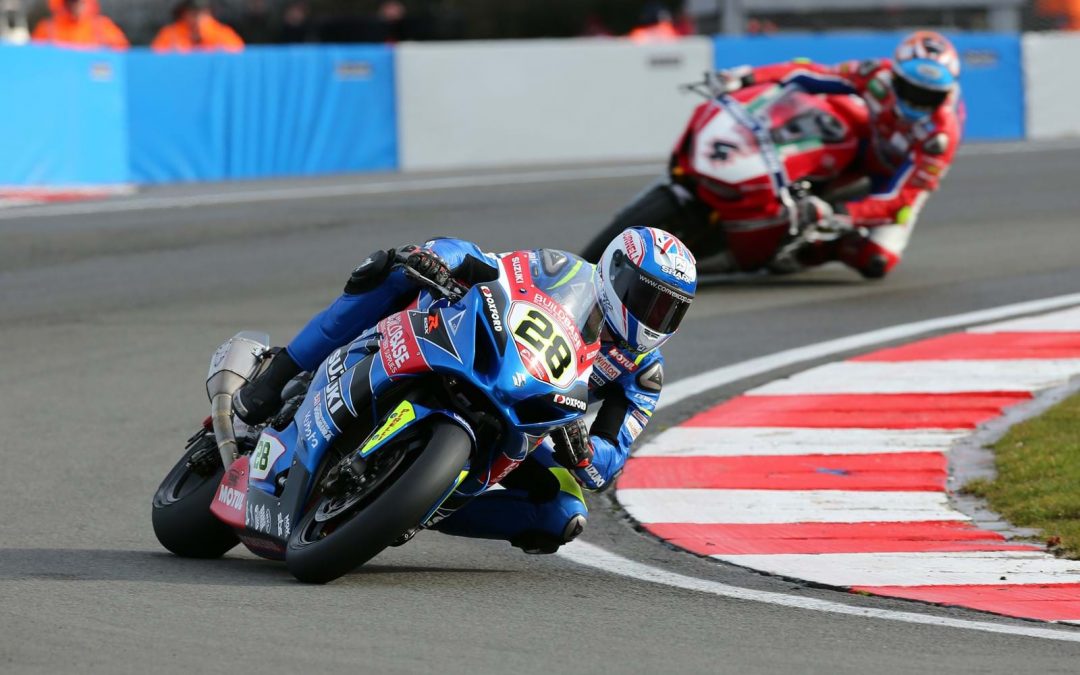 The Buildbase Suzuki team was in dominant form at Donington Park for the opening round of the Bennetts British Superbike Championship, as Bradley Ray did the double on his GSX-R1000 superbike, while Billy McConnell also took a win in the National Superstock 1000 series.

Inclement weather conditions played havoc with the schedule, and saw the first of the weekend’s two superbike races brought forward from Monday to Sunday. Despite the cold, the race took place in the dry, and saw Ray make a lightning start from his third row grid spot to slot into third place by Redgate. It wasn’t long until the youngster had assumed the race lead, pulling a healthy advantage at the front. He had to fend off a late charge from James Ellison and Shane Byrne, but held on to take his and the team’s first win of 2018.

Ray then started race two from pole and grabbed the holeshot, threading his way between the track’s wet patches on his GSX-R1000 as he ran away at the front, his lead at the end of lap one more than two seconds. From there he managed the gap and took his second win of the weekend to leave the Leicestershire circuit with the championship lead. 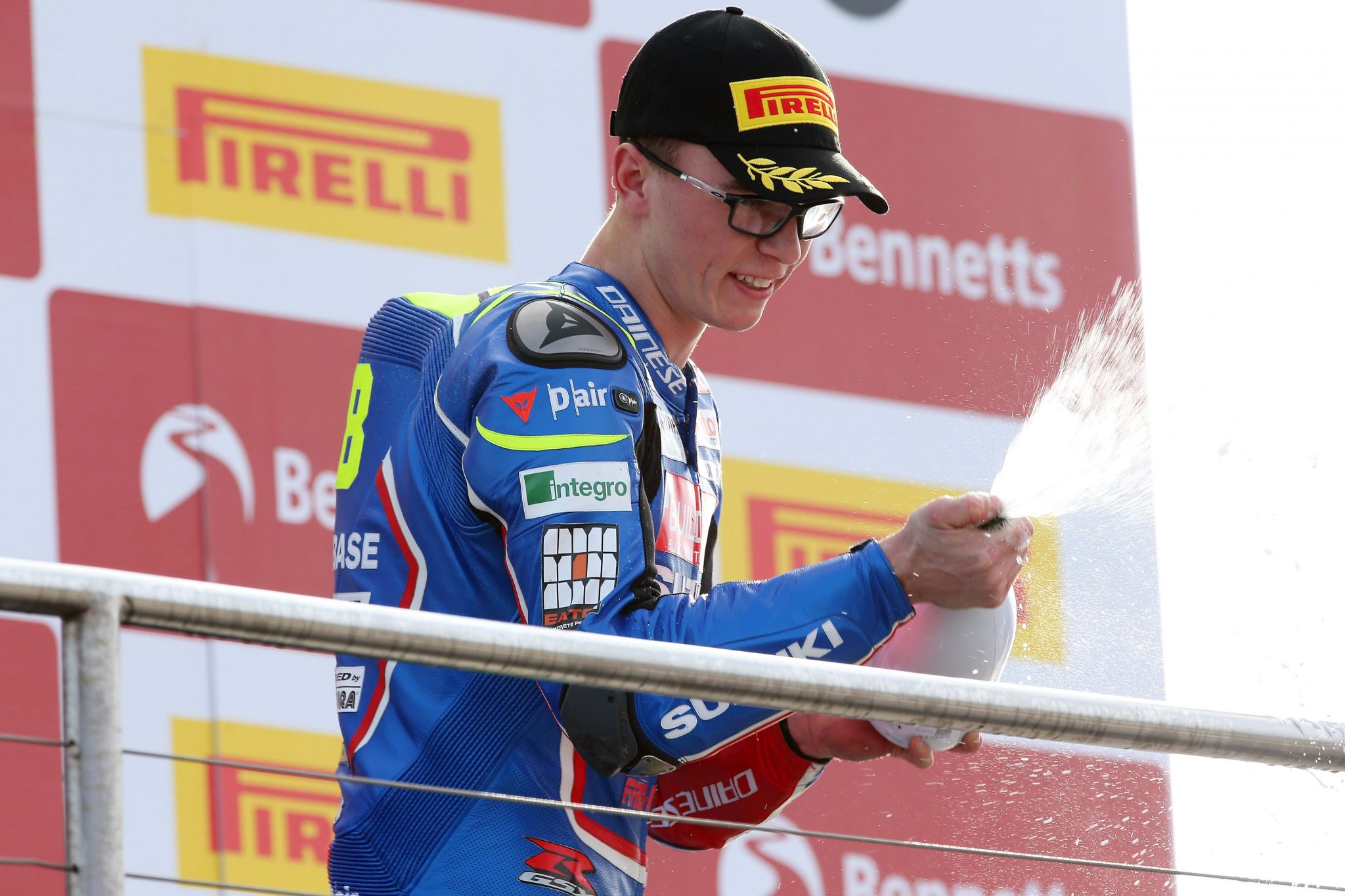 Ray said, “Yesterday’s win took a while to sink in to be honest, so to get another today is just unreal. The team have worked so hard over winter to improve the bike further, and we’ve really got a package we can use to fight for wins.

“After last season, the aim this year was to get closer to the front and try and consistently fight for the podium and hopefully some wins, so for not one but two to come right away is unbelievable. I felt like I could lead yesterday, and I wanted to be at the front. Shakey and Ellison closed up on the final lap but we kept it together.

“In race two, I just wanted to lead again, get through the damp areas first, get into a rhythm and try and pull a gap. The pace picked up as the laps went by but I felt comfortable, could manage the gap, and could pick up another win. Thank you to the team, the bike worked brilliantly. We’re not getting carried away but we’re going to Brands feeling confident.”

The team also got off to a winning start in the National Superstock 1000 championship, as Billy McConnell, starting from pole position, took the chequered flag first in part one of Sunday’s two-part race. The Aussie was then leading the way again in part two onboard his GSX-R1000 when the red flags came out, bringing the race to an early end. In Monday’s wet conditions he took a solid fifth place to add more points to his championship haul, and heads into round two at the top of the standings.

He commented, “To be honest, after starting with essentially two wins, fifth was a little disappointing. But after such a long time off a bike, for me, I started to have questions over whether I could do it again, so it was really nice for me to show that I could this weekend.

“In the dry race I had such a good rhythm, and once at the front I just managed the gap as there was a little bit of drizzle in each sector, sort of one sector at a time as it moved around. But honestly I felt so good, I’ve really gelled with the bike and it’s got so much potential too, and we’re just getting started. In qualifying we were over a second quicker than anyone else, and I really think we could have kept pushing on if it was fully dry.

“In the wet, I actually had too much traction control on to start with, but I lowered it and started to push and get more drive. I probably could have lowered it further. But fifth is good. It’s early in the season and we’ve started strongly. Everyone’s smiling and looking forward to Brands Hatch.” 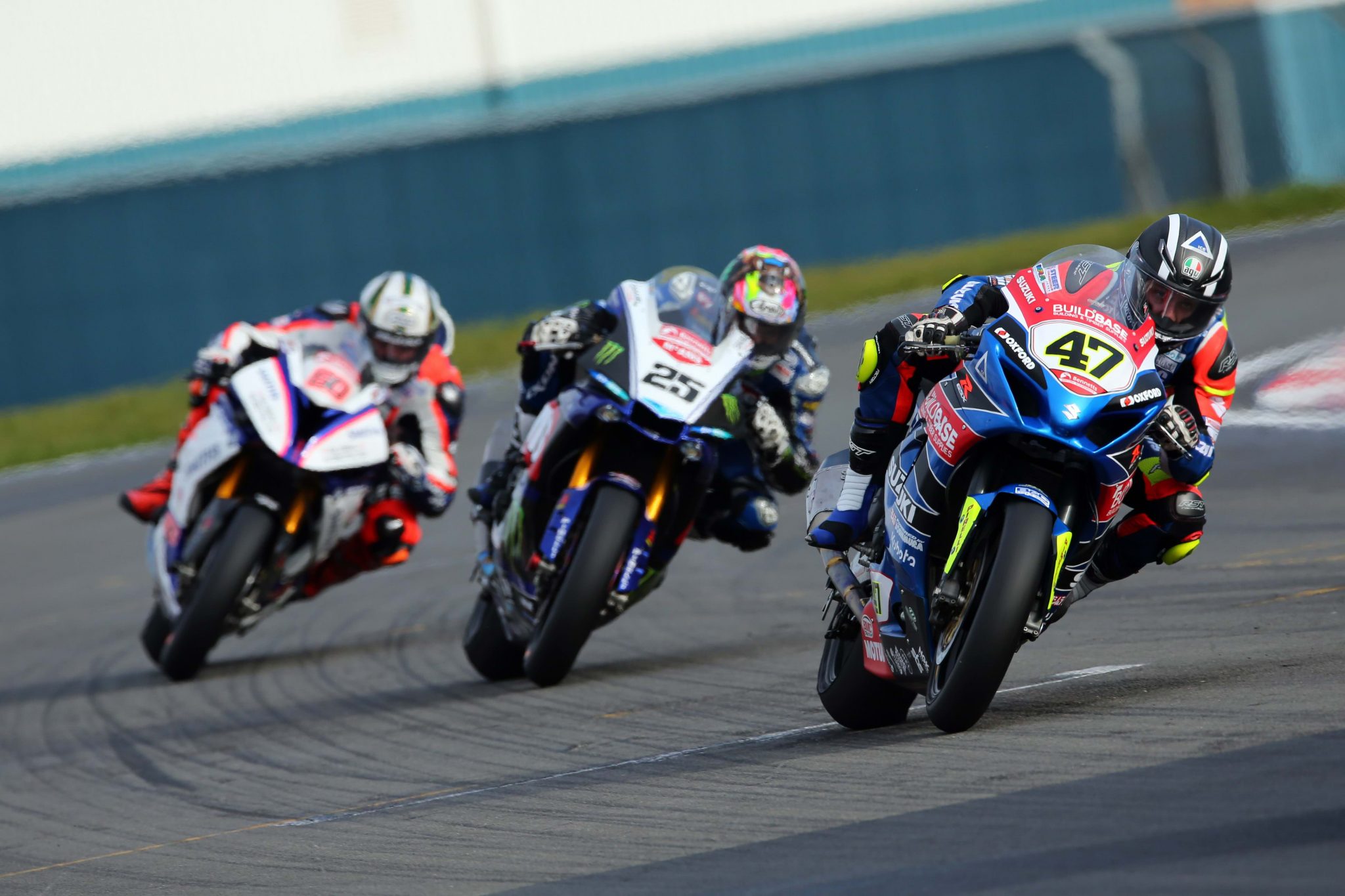 Richard Cooper, on the team’s second GSX-R1000 superbike, returns to the class for 2018 after narrowly missing out on the superstock championship last year. The former BSB race-winner showed strong pace in qualifying, but struggled with chatter in race one after switching to the harder tyre for the race from qualifying.

The team made some drastic changes to the bike for race two to try and identify the direction to move in and Cooper was able to improve his result. The aim now is to get some more track time to more accurately dial in a setup for the Nottinghamshire ace, and improve again at Brands Hatch.

Cooper said, “It was a tricky weekend, of course it was, but it was tricky for everyone. Race two, even though it was wet in places, was actually a little easier as a rider because we could get some more heat into the tyres, so long as you stayed on the dry line. But I’m frustrated this weekend, as any racer would be.

“In qualifying I had good pace, I ran with Brad and was feeling quite good. But once we switched to the harder compound tyre for the race I really struggled chatter from the rear and it was a difficult race. For race two we changed a lot; gearing, linkage, springs, so some pretty radical adjustments, and I think we’ve moved in the right direction and I was in the pack a bit more.

“Clearly, we’ve got a bike that can win races, Brad’s shown that twice this weekend, fairly convincingly; he’s done a mega job. We’ve just got to get the bike working for me a little bit more, so we’ll try some different things, and try and get that tyre to work, or set the bike up to work with the softer tyre. They’re all options so we’ll sit down tomorrow and come up with a plan.” 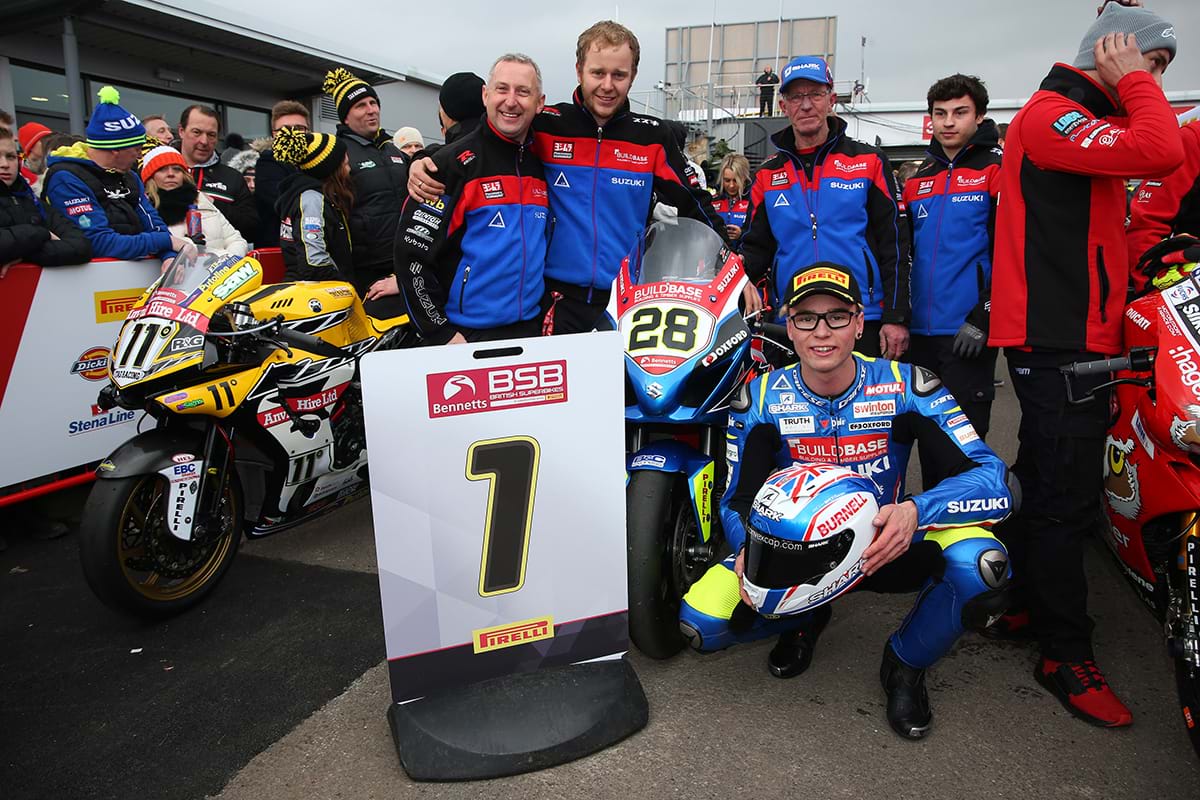 Team manager, Steve Hicken, added, “We couldn’t have really asked for a better start. After the hard work last year and over winter, developing the new GSX-R1000, we knew we were coming into this year with a much stronger package. It was a tricky weekend, being so cold and with the rain, but Brad [Ray] was superb. He was calm and level-headed, and approached each race with a plan and a strategy in his head. His two rides this weekend belied his age; they were both incredibly mature performances.

“The aim this year was to fight at the front more regularly and get onto the podium and then some wins, so to get two at round one is fantastic. But, it’s a long season with plenty of racing to go, so no one is getting ahead of themselves, but it was a happier drive home, for sure.

“That’s also down to Billy [McConnell] and his win in Sunday’s superstock race. Again, we knew from last year with Richard Cooper what the bike could do in stock trim, and we’ve made some improvements again over winter. The aim was to get off the ground this weekend with some strong results, some good points, and kick on from there, but Billy went out, set pole by a huge margin, and then won both halves of the first race.

“In the wet conditions today he was sensible, and even though it looked like he had a bit more pace at the end, he didn’t do anything daft and came away with a good fifth place.

“It was a tougher weekend with Cooper with some chatter from the rear with the harder tyre. We made some big changes for race two and tried some new things, and found an improvement. We’ll look at all the data this week and keep working, try to refine the setup more, and go again at Brands Hatch.”