Despite spending his weekends hustling a GSX-R1000 superbike around the likes of Brands Hatch and Donington Park, British Superbike star Bradley Ray has taken the first step in obtaining his motorcycle licence, passing his CBT this week on a GSX-R125.

The 21-year-old Buildbase Suzuki rider completed his compulsory basic training at Suzuki dealership Wheels Motorcycles with Shires Motorcycle Training. The day’s instruction started off the public highway, where Ray had to complete a number of manoeuvres – including a figure of eight – to prove his competency before a two-hour road ride, on which he also had to complete a U-turn and emergency stop. 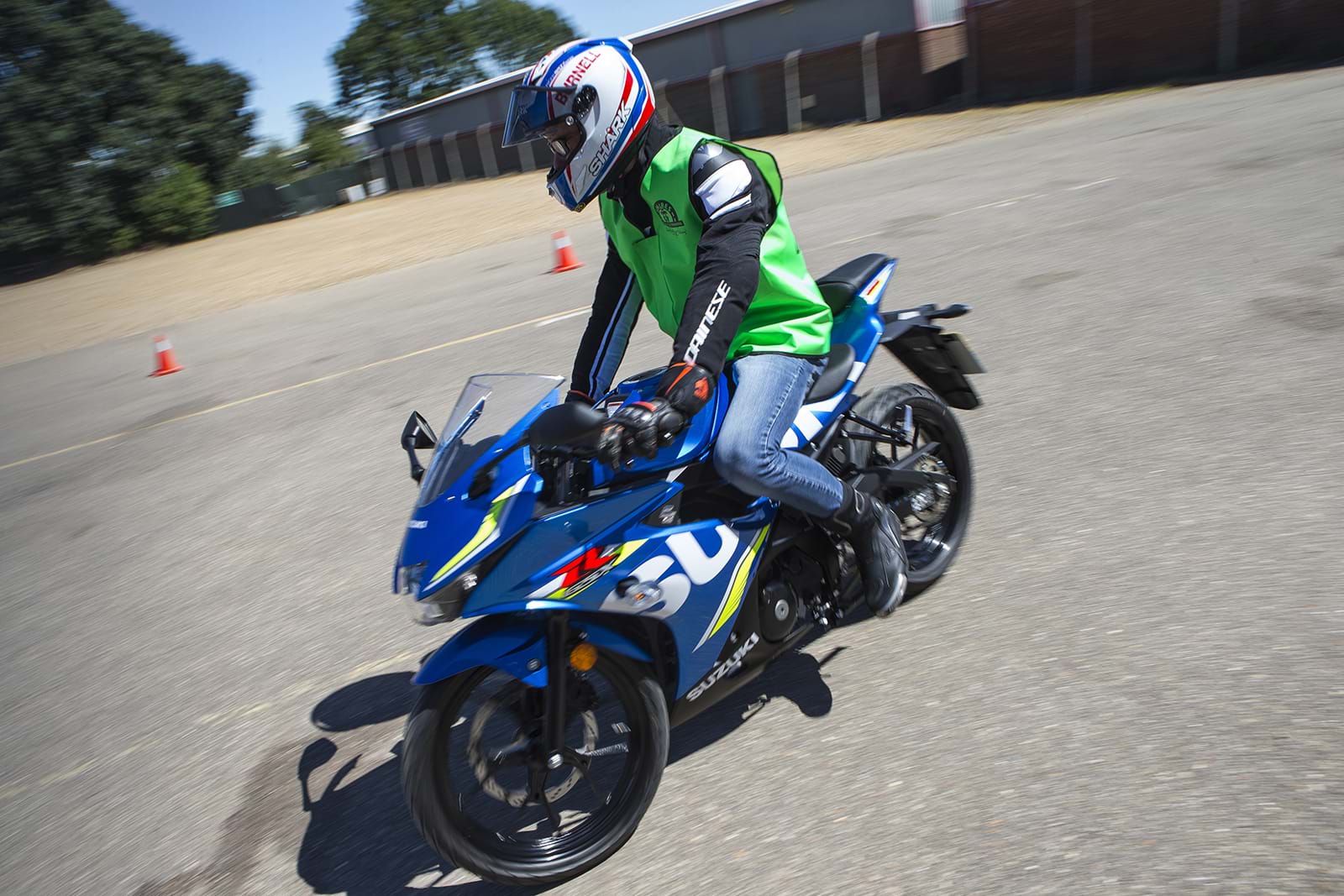 Bradley Ray said after collecting his certificate, “I was four when I first rode a motorbike. I rode a minimoto in the garden and started racing at six and have been ever since. But getting my licence was something I’ve wanted to do. I wasn’t too nervous, but felt a bit of pressure! Obviously I know how to ride a bike, but it’s being able to ride a bike to their standard. It sounds silly, I’ll go around a corner at 150mph, but when they got me to do a figure of eight, I’ve never concentrated so hard in my life. The bike was mega though, was a lot of fun blasting around the roads on it. I’m coming back for my full licence – I probably don’t get as much chance as some to ride on the road with the racing, but when it’s a nice, sunny day and I fancy going out on the bike and going for a ride, I can.”

Ray passed his CBT on the new GSX-R125, which boasts the best power-to-weight ratio in its class thanks to its lightweight chassis, while it accelerates faster than its rivals due to its DOHC, free-revving engine. It also gets keyless ignition and Suzuki’s easy start system.

The GSX-R and GSX-S125 are currently available with £500 off the RRP until the end of July, as well as low-rate finance that means both are available with 3% APR representative over three years with a minimum £300 deposit.

This offer is available at a lower rate than our standard terms. Credit is subject to status and is only available to UK residents aged 18 and over.