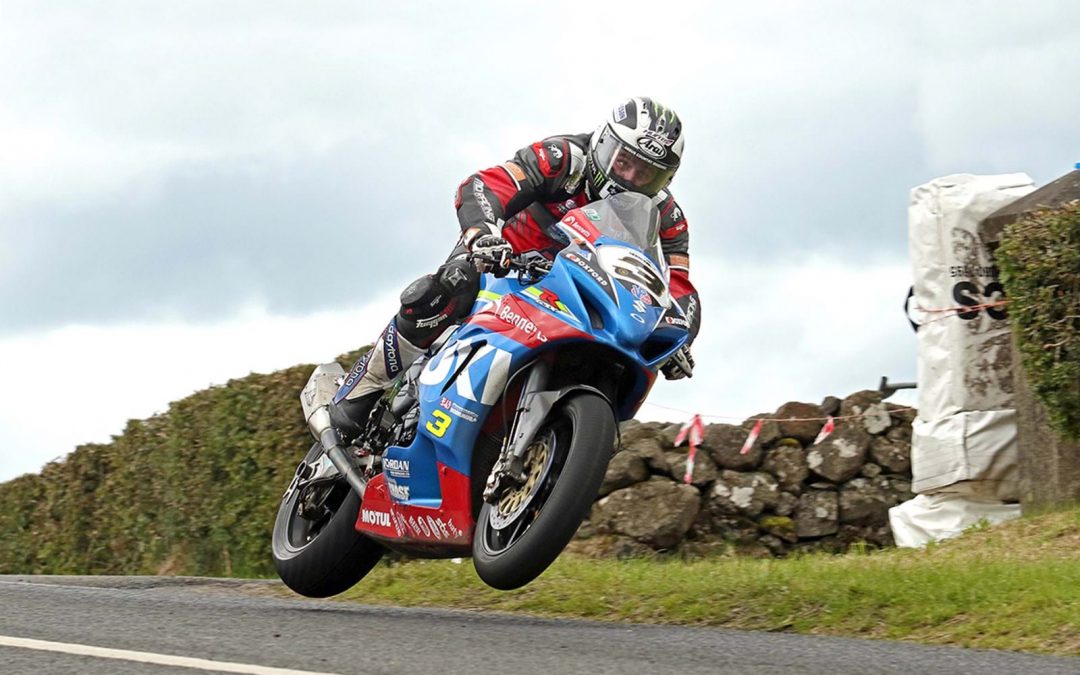 Michael Dunlop continued his and the new GSX-R1000’s winning streak at the weekend, taking a a brace of victories at the Armoy road races.

After his Senior TT win on the Isle of Man and hat-trick of victories at the Southern 100, Dunlop took the Bennetts Suzuki GSX-R1000 to another win in the Armoy Open race. He held second after the opening couple of laps, but soon made a move for the lead, to take the win by over four seconds.

The Northern Irishman was then in dominant form for the Race of Legends, taking a commanding win.

Hitting the front from the off, he pulled out an advantage of over 12 seconds before sealing victory, to cap a successful weekend for the Bennetts Suzuki team.